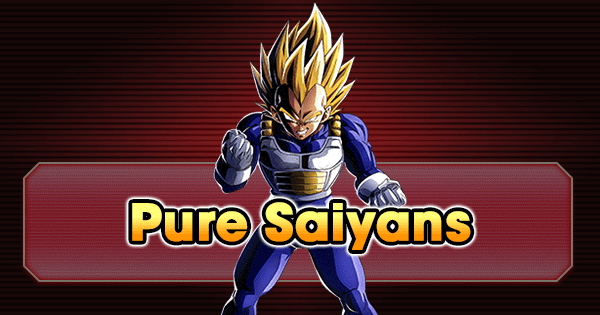 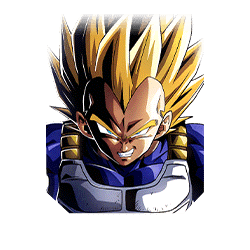 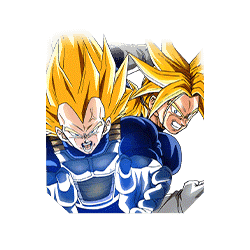 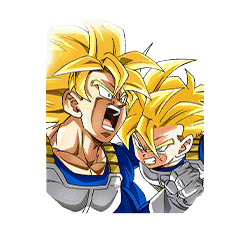 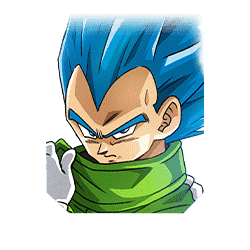 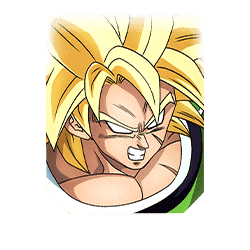 If the previous Cards are not available guests, Unusual Evolution - Broly (Wrathful) is a good pick. If there are any event restrictions, then players will have to bring along another Saiyan Blood - Super Saiyan Vegeta.

Even though rotations are decided by RNG, Players will want SSJ Goku & Gohan, Super Vegeta & Super Trunks, SSJB Vegeta, and SSJ Broly on their main rotation. SSJB Goku and SSJ Vegeta should be the Team’s floaters.

SSJ Goku & SSJ Gohan will act as the Team’s tank if players stack enough DEF as Goku before activating Exchange. Players may want to not use this Card’s Active Skill, because SSJ Goku will provide the other Goku Cards on the Team with +2 Ki and a 30% ATK & DEF Buff.

Vegeta & Trunks are both a tank and heavy hitter if players stack enough ATK & DEF as Super Vegeta. Players should use the Cards Active Skill near the end of a fight because Trunks gains a huge ATK & DEF Buff. Do note, Super Trunks loses 10% ATK & DEF each turn for 8 Turns.

Broly is a great F2P Card that stacks ATK and, after two turns, gains a 100% ATK & DEF Buff. He’s a freak of nature that will help make quick work of Enemies in longer events.

SSJB Vegeta will deal a great deal of Damage thanks to his Passive Skill and high stats. While this Card will not be the best tank, he can hopefully knock out Enemies before DEF is an issue.

SSJ Vegeta has high stats and can launch additional Attacks. However, his Ki Links are limited, his ATK & DEF Buffs are lackluster, and the Team has much better Tanks and heavy hitters.

SSJB Goku fulfills the same role as SSJB Vegeta and is by no means a bad Card. The only reason to float this Goku is to give priority to other Cards that stack ATK & DEF in order to survive longer events.

SSJ2 Goku charges into the battlefield with impressive stats for a F2P Card and if a fight lasts long enough, he can gain a 120% DEF Buff and 180% ATK Buff. While this Goku cannot be brought along to a Prime Battle, he is a great pick for other events.

Majin Vegeta is quite similar to his Baba Shop buddy SSJ2 Goku however if a fight goes on long enough, Vegeta gains a 180% DEF Buff and a 120% ATK Buff. Majin Vegeta cannot enter Prime Battles, but should definitely be considered for other events.

Flexing his Yardrat fit, SSJ Goku stuns, counters, and can reduce Damage received. What holds Goku back are his dodging and counterattacks being tied to his position on a rotation and having to choose between one or the other. Goku’s Damage reduction is not the best as it only applies to normal Attacks, which means a Super ATK can end this Card on tougher events.

The F2P Pure Saiyans Team can handle most Dokkan events thanks to the numerous Cards that can stack ATK & DEF. This Team could technically take on events like Infinite Dragon Ball History, but it will require a powerful guest leader, great item management, and luck. While players can certainly play around with different leaders for this Team like using Courage to the Max! - Goku, the core Team synergizes well enough that their ability to tank, hit hard, or manage Ki should not be a big issue.