Destiny Gundam and Yami Syougun - Should You Pull? 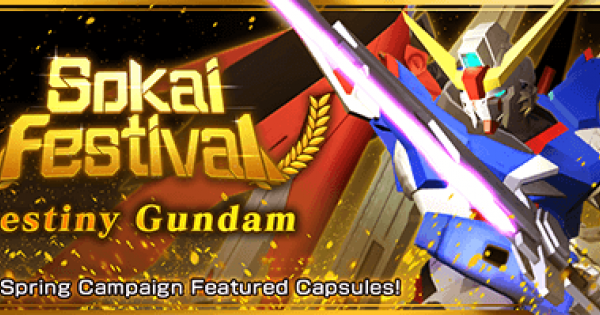 Today we've got a special double...triple? edition of Should You Pull, brought to you by Scubasage on our discord server at https://discord.gg/JTsv8gX. Check out my assessment of this week's banners below!

Hello everyone, Scubasage back again! Once more I'll be skipping the HC across the week. This week is a little special though, as we have two separate Sokai banners, a single one and a double one!

This week is a double Sokai banner, which means they will not be going to Standard Gunpla Parts Capsule when the week is up. Finally, I will not be factoring Marks into the review, as comparing banner parts to banner parts doesn't change with or without marks.

This banner is actually kind of insane. Sure, the weapons on it aren't anything special, but all five body parts and the shield are all amazing. 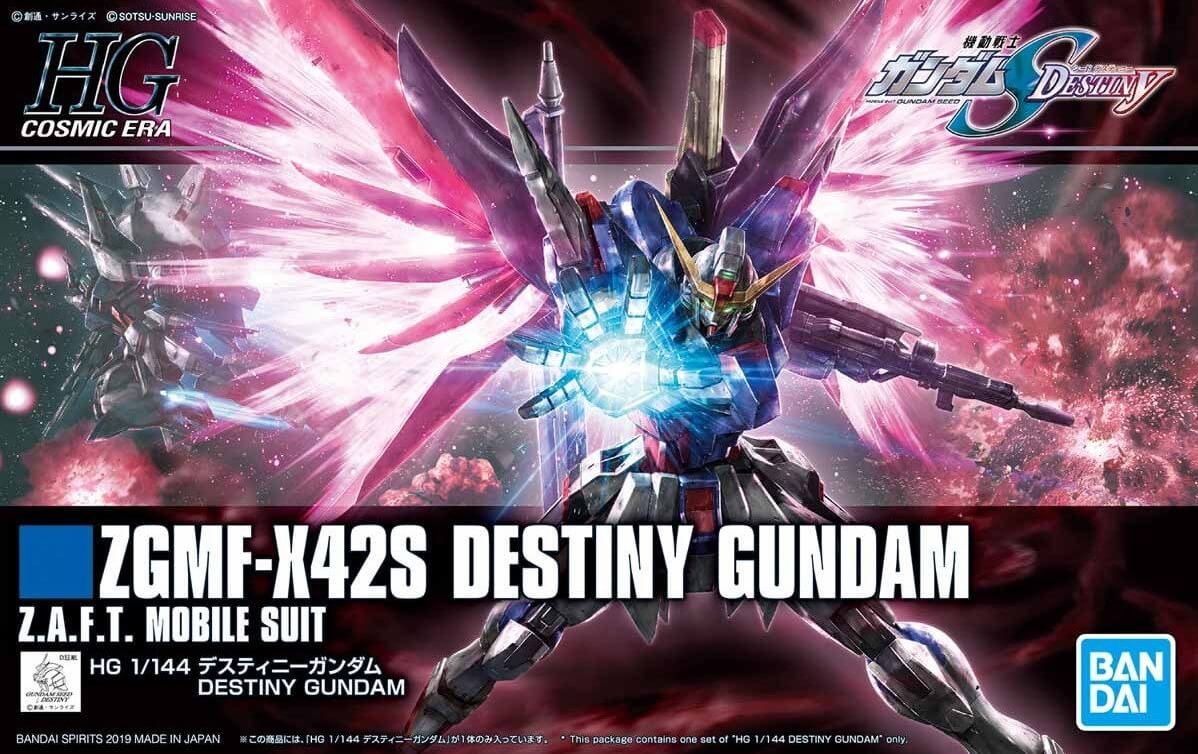 A very respectable 553 Melee ATK and 2922 Shot ATK, this head joins the Unicorn and Turn X Heads in being clones of each other. The trait here boosts Close Shot ATK by 20% when using an Outfighter Job License. I'd place this as better than the Unicorn Head but worse than the Turn X Head, which still puts it pretty high up there.

Sporting a high 1734 Armor, a monstrous dual 965 ATK and a fantastic trait, this part is easily the star of the banner. The trait boosts Melee Power by 30% when a Blade is equipped. Blade is a category with some really strong parts but was under-supported and this goes a long way towards fixing that.

Like the Head and Chest, this is yet another clone of the Unicorn and Turn X, with the difference being tags and traits. That means a very nice 2922 Melee ATK and 1356 Shot ATK. The EX Skill on these are the worst of the three, being a B/B+ Beam Melee at 21 (3), but this series of Arms are great for their stats, the EX Skills are just icing on the cake.

Like the other parts, Destiny Legs join the Unicorn and Turn X legs in being clones of each other. 965 Melee ATK, 553 Shot ATK, and a trait that reduces EX Skill Cooldown by 20% when Power Attribute. These are solid all around.

If you guessed that this was another clone, you'd be correct! And like most suits, the Legs and Back have identical stats. Unlike the Arms where this was the weakest part, this is the strongest of the clones, with an Overkill skill. D/A Physical Melee, 79 (20), it boosts Speed by 20%, Melee ATK by 29% and Shot DEF by 19%.

At 3690 Melee ATK, this is above average but that's really all it has going for it. The trait is awful, boosting EX Skill damage by a flat 35 when under 80% Armor.

Like the Arondight, this is above average at 3690 Shot ATK, and is one of the few guns sporting an extra bonus of 154 Melee ATK. The trait boosts Job Gauge by 17% when Power Attribute, which is very low value.

The Anti-Beam Shield joins the Unicorn Shield as one of the best Shields in the game, being a clone of it. 965 Melee ATK and 553 Shot ATK is obscene on the Shield slot, and unlike the Unicorn Shield, this Shield has a good trait. It boosts Buff EX Skill Effect by 22% when using a Power Attribute gunpla.

As much as I don't like Shinn or the Destiny's head and shoulders, I have to admit it is a sharp looking suit. Heine's coloration is the better one though, fight me. 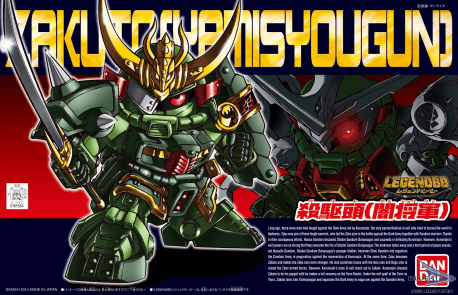 At 556 Melee ATK and 2541 Shot ATK, alongside an identical trait, this is just a worse version of the Destiny Head. Still above average technically, though much less so than other options.

2541 Melee ATK and 556 Shot ATK, alongside dual 1365 DEF stats, is above average, but like the other parts so far, is only just above average. The trait it comes with boosts your Beam weapon's reload speed by 20%, which is a nice but low value trait.

Dual 556 ATK, Dual 1365 DEF, these legs are very similar to the Chest, just slightly worse since they don't also have the high Armor the Chest has. It suffers the same shortcomings, and has a worthless trait instead of a decent EX Skill. The trait reduces EX Skill damage taken by a flat 35 when Speed Attribute.

As one would expect, identical stats to the Legs. The difference here is an EX Skill instead of a bad trait. The skill is an A+/D Physical Melee at 21 (3) that heals 38% of your Armor, which isn't a bad solo heal skill to have.

3334 Melee ATK is again, still above average but not very good, and the worthless trait on this doesn't help it much either. It boosts Melee damage by a flat 35 when Speed Attribute. Reminds me of a worse Arondight (Destiny)...

...And this reminds me of a worse High Energy Beam Rifle. 3334 Shot ATK, trait that boosts Job Gauge by 17% when Speed Attribute.

I actually really like this guy's look, even for an SD. The eyepatch is a nice touch, and the over the top shogun look is great.

Ribbons isn't bad, but not particularly good, and Quess is actively bad, so a mediocre banner this be.

Dual 1181 ATK and a trait that boosts all reload speed by 18% isn't bad, but it's not particularly standout and he doesn't have great tags either, being Gundam Type and For Space.

Man Quess is garbage. Dual 291 ATK, a trait with a 14% chance to survive a fatal blow while Technique Attribute, and while High Firepower is a semi-decent tag, For Space isn't.