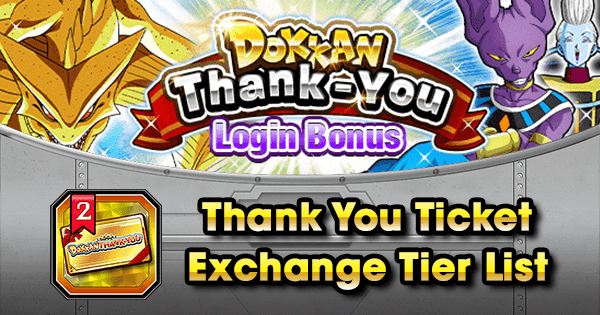 Dokkan Battle has been holding a Thank-You Celebration campaign that started Monday (11/11) and will run until Sunday (12/8). 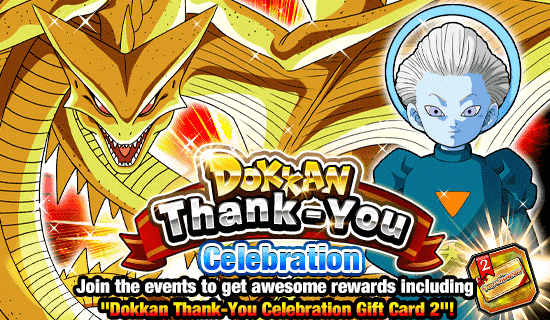 Since that’s way too many to choose from, a limited event Tier List was published so that players could more easily decide which Card to spend their single Ticket on.

In addition to the Thank-You Celebration Ticket, Special Missions will be available and Porunga will be joining Shenron in handing out Dragon Ball rewards Pilaf’s Trove is also selling several different Dokkan Thank-You packs and renewing the Beginner’s Pack. The in-game shop is also having a massive sale on Dragon Stones.

Several Story Events have also been added or updated with new stages, including:

Needless to say, this Dokkan Thank-You campaign is massive with a lot to offer Free to Play and Pay to Play users.