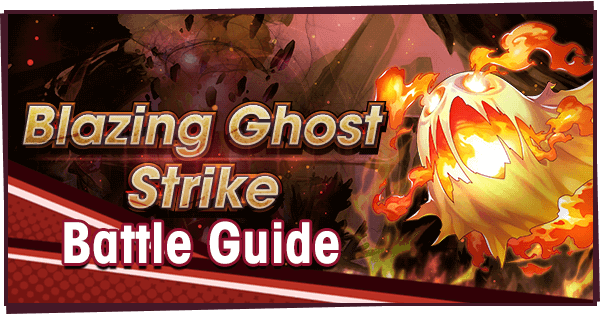 Blazing Ghost is a first-tier Void Battle, and as such requires relatively little in the way of preparation. The only caveat is that he has Ranged Resistance, meaning that Wand, Bow, and Staff users will deal reduced damage to him. Blazing Ghost also afflicts Stun, so Water Adventurers with that resistance will perform the best.

Make way, make way for the king! Xander shines in this fight, but you don’t need an overpowered team to clear. A team of 3★ and 4★ Adventurers with F2P equipment can easily complete this quest, though autoing it will take at least 10k Might. If you’re struggling to clear, consider bringing a healer or Friend Assist with recovery abilities. 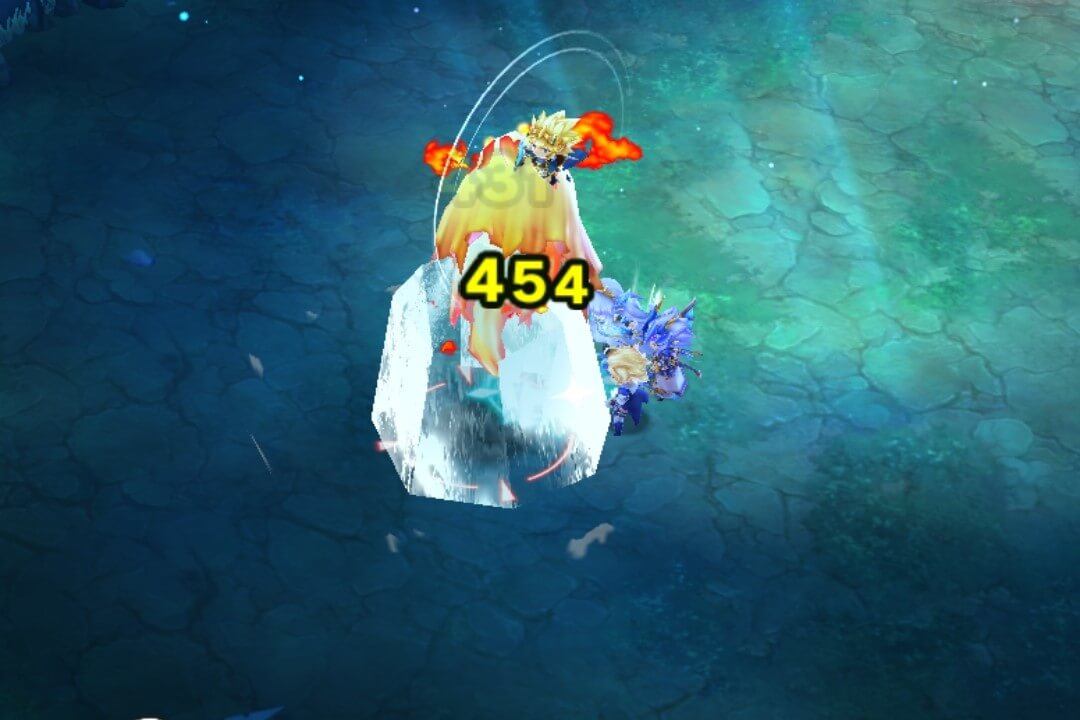 Note: Blazing Ghost is vulnerable to Freeze, Sleep, and Bog. Bringing melee characters who can inflict those status ailments will make the fight much easier. 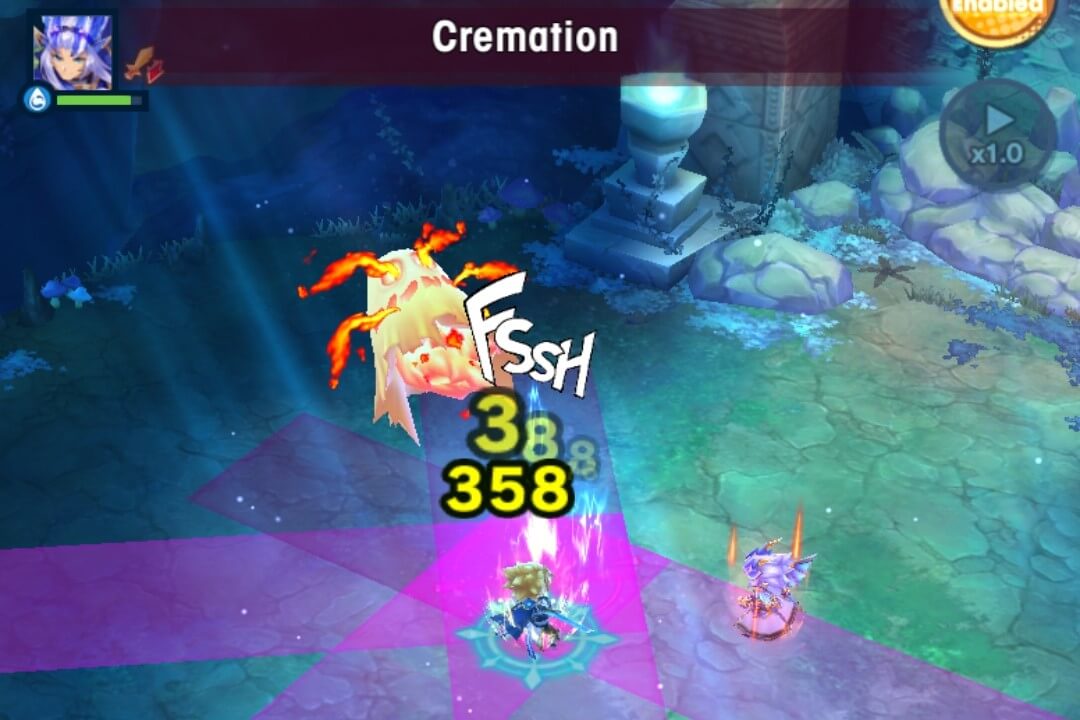 The Ghost's Abilities happen more or less in this order, though they can be switched around.

Occasionally the Ghost will teleport to a new location around the map, but the arena is fairly small, making it easy to track him down again.

Incandescent Towers: Four red circles appear close around the ghost, then explode. They radiate outwards, exploding again further away, then do so a third and final time far from the ghost. This attack deals light damage, knocks up, and can Stun.

Another attack begins when two red boxes appear adjacent to the ghost and slowly fill, then explode, dealing light damage and knocking back while inflicts Stun. In the Overdrive state, the boxes are purple, fill faster, and hit a little harder.

Cremation: purple lines radiate out from the Ghost (4 before the Break, 8 after), then launch fireballs out in the order they were formed, dealing moderate damage and knocking down and inflicts Stun.

Scorching Hail: the Ghost calls down a rain of fireballs that deal light damage and Stun. In normal mode the balls use red circles and fall more slowly, while in Overdrive the fire rains down quickly and hits a bit harder.

Haunting Flames: the opposite of Incandescent Towers. This time, the flame pillars start far away, then draw inwards after each explosion, the third and final burst taking place right under the ghost. The move quickly, so dodge in, then out again when the second circles explode.

Blazing Ghost drops Floating Red Cloths and Otherwordly Lanterns, which can be used to craft Shadow weapons with Dull Res. Currently, there are no Light Void Battles which require these weapons, so for now they are simply a budget option for a few Shadow characters.