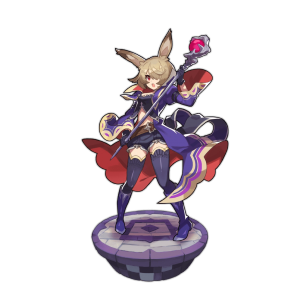 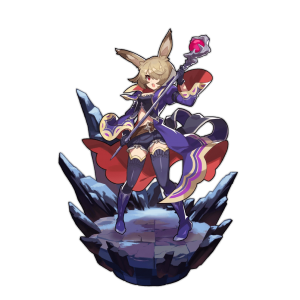 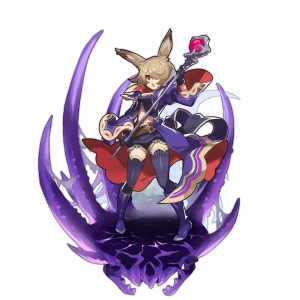 Despite her label as a Support Adventurer, the awkward but endearing Althemia is fully equipped for offense. Sporting two damage Skills and a complementary Skill Damage-boosting Ability, Althemia is geared as a straightforward but effective damage dealer. While she won't be topping any DPS charts any time soon, players that work to maintain Althemia at full HP may very well surprise themselves with her damage output from time to time.

By having two offensive Skills with decent SP rates, Althemia can output a consistent stream of damage.

Due to the ranged nature of Wand users, Althemia can easily keep herself out of harm's way while contributing DPS.

As with other ranged Adventurers, Althemia is more susceptible to damage than her melee allies. While her Skill animations finish at a fair pace, players will need to be wary of positioning to prevent being caught off-guard at inopportune times.

As Althemia has a Full HP = Skill Damage +30% Ability, her Skill Damage potential drops drastically after a single hit. Players will need to maintain Althemia at full HP to bring out her maximum potential.

Alternative Wyrmprint options are as follows: