Amane packs the great combo of 75% Skill Prep, a Skill Damage Co-Ability and Broken Punisher. She mainly stands out with Hallowed Raiments, which boosts Strength in addition to increasing max HP for the duration of a quest. 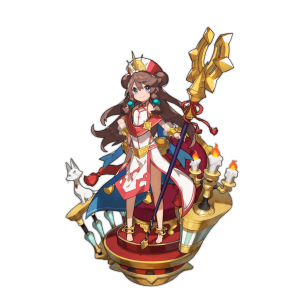 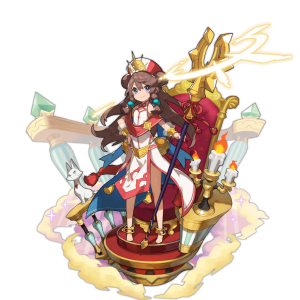 Amane: Child of Miracles is a 4* Light Adventurer who fills the element’s offensive niche. With a maximum Strength of 494, she stands out in a color which (in the early days of Dragalia Lost) is populated with support Adventurers. Skill Prep, Broken Punisher and Hallowed Raiments only further strengthen her offensive capabilities around hitting hard and stacking buffs.

Thanks to her high Attack, Amane’s offensive skills allow her to dish out significant Light damage.

Hallowed Raiments increases Strength for ten seconds; along with Broken Punisher and Empyreal Levin, Amane becomes an incredible burst attacker with correct timing. The HP increase also leads to Regen, giving her some survivability as well.

Due to her low HP and defensive multiplier, Amane is vulnerable to being knocked out in a single hit. Hallowed Raiments does help sustainability-- since at max buffed HP, she gains Regen instead upon activating the buff-- but she doesn’t have the HP pool for surviving larger attacks.

Lindworm: The premium choice, as Amane makes good use of a 30-45% pure Strength boost.

Halloween Silke: A split 15-20% boost can help Amane hit harder and make full use of the Regen buff provided by Hallowed Raiments.

Hinata: An easily unbound 3★ Dragon with a pure 10-15% Strength boost.