As a Staff user with an attack Skill and damage bonuses, Aurien’s exact purpose is undefined. Geared for neither Strength or HP, he tries to fulfill a hybrid role but falls short of either. 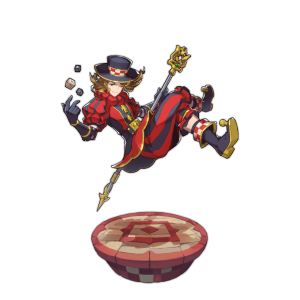 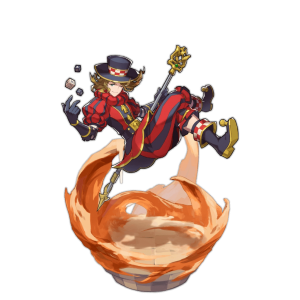 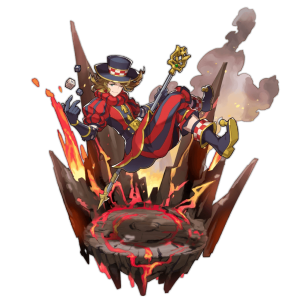 While he'll never stack up to the DPS of dedicated Adventurers, Aurien can marginally contribute to a teams output.

Aurien got a mana spiral, but while it buffed his kit, it didn't change it. His stats are inflated now at least.

Healers need to focus on supporting their allies and healing to be viable, and in Flame three of the very best healers in the game are available from Verica to Valentines Hildegard to Halloween Lowen, and they all do the job of keeping the team alive and supporting them better than Aurien does.

Auren's damage continues to be weak and unimpressive, relying on an incredibly expensive S2. He can't even maintain good Burn uptime due to how large his SP costs are. His healing throughput is weak as well, especially since he's reliant on a single teamwide heal on his S1 which frankly just doesn't cut it.

Phoenix: While her skill can supplement Aurien's healing, it's still not enough to really recommend him.

Cerberus: An additional source of Burn and turns Aurien's damage into something that's still embarrassingly low.

Apollo: Good if you're in a Burn comp, but won't save Aurien.

Gjallarhorn: Probably the best weapon for Aurien, but you have to ask yourself why you're investing so much into him.

Chimeratech Bishop: Works great for Aurien until you can get Verica or another healer.

Blazegambol: The real question you have to ask yourself when you put this on Aurien is how in Alberia you managed to get it for him. That said, it almost makes him good enough to use in standard High Midgardsormr.

Since Give Me Your Wounded is the best healer print, and Resounding Rendition is the best generalist damage print, they'd go great on Aurien right? Maybe, but then again you could just use someone else.