Despite being a free event Adventurer, Botan deals ample indirect damage both through Bleeding and her teamwide Strength buff, Perennial Grace. 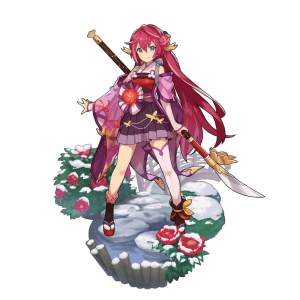 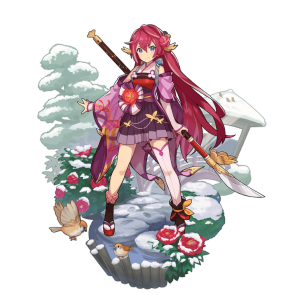 Thanks to being among the first Adventurers to receive the Mana Spiral update, Botan has become one of the most powerful Adventurers in Dragalia Lost. Instead of low stats, Botan has leveled to 100 and has some of the highest stats in the game. Her Bleed has been buffed to become one of the most potent debuffs in the entire game, ticking for large amounts of damage and stacking quickly thanks to her 100% Skill Prep and Skill Charge. Her buff now also not only increases Strength by 15%, but crit by 10% for Shadow Adventurers. Most importantly though, she now has 100% Paralysis resistance, meaning she no longer fears afflictions in High Jupiter and she gets a boost whenever an attack could Paralyze her.

Bleed is a premier Damage-Over-Time effect, and Botan allows everyone access to this affliction as a free Event Adventurer. Not only does Bleed stack with other status afflictions, but bosses also do not sport immunity to it, unlike traditional afflictions such as Burn or Poison.

Thaumian's Bane is a waste

While the rest of Botan's kit is stellar, the fact remains that Thaumian's bane is mostly a waste of a passive. Still, that's not enough to hold her back any longer.

Scourge Lance: Available from High Zodiark and upgrading to Ebon Scourge Lance, this is the ultimate weapon for Botan and key to taking on harder content.

Final Eclipse: The Void Lance is much preferred to the core weapon for High Jupiter.

Mistileinn: The basic core weapon is an entry level choice but isn't suited to the hardest content.

Pair 1: This is a general purpose set for most content. Generally speaking, pairing Skill Damage with increased Strength will allow Botan to fare well in battle.

Alternative options for Botan are as follows: