Celliera’s high speed and Strength paired with a fast yet wide-range weapon type make her a pretty good attacker. Guaranteed freeze and broad Force Strikes help in both crowded and single-target combat alike, while her Strength Co-Ability benefits everyone on the team. 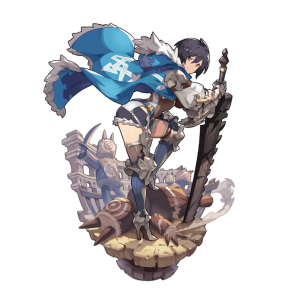 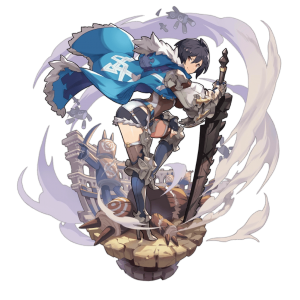 Normally, Adventurers get more powerful when they get a spiral. That's technically the case for Celliera , but she also got weighed down with the burden of now needing to redline her HP to put out acceptable damage. Combine that with the fact that HBH hates on Melee hard, and Celliera is barely worth spiraling.

Having Last Offense and Thaumian's Bane in her kit basically renders Celliera's passive's useless. Sure, Last Offense gives a size able onetime boost, but she has to redline her HP and the longer the quest goes on the weaker it is. Thaumian's Bane isn't really relevant on most quests, and thus is utterly wasted.

Siren: A boost to skill damage is valuable for Celliera, who wants to spam her S1 as much as possible.

Dragonyule Jeanne: Strength and crit is just what the doctor ordered.

For now, HDT2 is the best option in water, with the core weapon barely adequate for usage. Often, you'll be best served using an off element weapon if you like the HDT2 option.