Although well-rounded and supportive, Dragonyule Xander’s Energy capabilities rely on party support and Striker’s Energy, the latter of which only applies to himself. Still, Stun Res and Striker’s bonuses make him ideal for Flame Imperial Onslaught, much like his 5★ version. 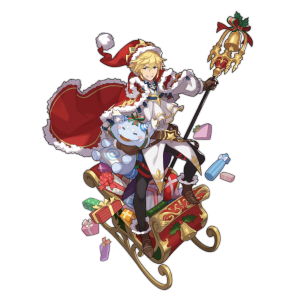 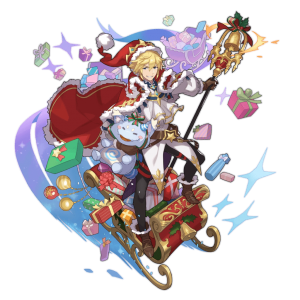 Despite bringing robust Strength and being classified as an Attack adventurer, Dragonyule Xander falls closer to a support role. In contrast to Lily, who fires off punishing barrages of spells, King Starfall buffs his team’s Strength and energy levels to bolster DPS. Though Monarch’s Boon has low uptime for granting only one Energy level per cast, DY Xander can easily bounce off of lesser spawns for Energy stacks. In short, Striker’s Energy and Stun immunity make DY Xander a premier Flame IO pick just like his 5★ counterpart.

DY Xander excels when he can quickly raise his own energy levels. Stun immunity ensures that he can reach five stacks uninterrupted.

DY Xander, though powerful in his own right, is simply outclassed in terms of raw damage. Still, a teamwide Strength boost and lower rarity make him a strong asset.