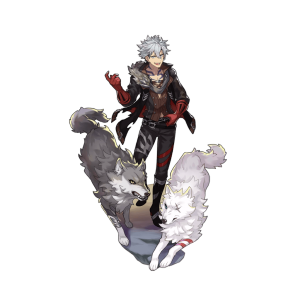 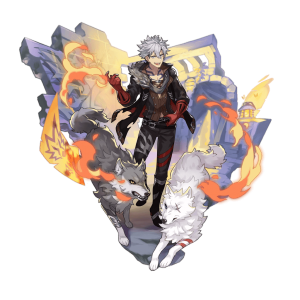 As the first 4★ Shadow Blade, Durant offers a much needed option to budget players for their Shadow Stables. Unlike most DPS focused Adventurers, Durant has no damaging skills, instead having two buffing skills that increase his Strength and Crit rate while lowering Defense. This leads to Durant having impressive auto attack hits, but has the major drawback of him having no way to unload on bosses during key moments of the fight, instead relying on sustained DPS. Durant is also highly reliant on HP conditionals to maintain good DPS. He's also extremely frail, vulnerable to dying in a single hit from bosses due to his lowered Defense even at full HP. All that of those combined with his lower stats makes Durant outright inferior to the 5★ Shadow blades Ieyasu and Natalie, but he's still a decent choice for those with limited options.

Durant's double buffs allow him to have some of the hardest hitting basic attack combos in the entire game, helped by Blade's excellent attack rotation.

Unlike the limited Ieyasu or the much rarer Natalie, Durant is relatively easy to obtain as a 4★ Adventurer, and having access to his blade Co-Ability for Shadow is a real boon.

With his Defense constantly tanked by his own buffs, Durant is highly likely to die from any damage, and even chip damage will drastically lower his DPS as his Full HP conditionals fall off.

Outside of weapon skills, Durant has no skill damage, meaning that all he can do is tap away and keep his buffs up. With no burst damage, unloading on bosses during the Break State or hitting bosses when they are open after an attack cycle just isn't an option for Durant.

Hollow Nightmare: A void weapon is a good starting point for any Adventurer, and Durant will enjoy the Defense bonus and Skill Haste to keep his buffs up.

Blackwing: The Core IO weapon offers a much needed damaging skill to Durant.

Abyss: High Dragon weapons are the pinnacle of performance, though it's unlikely Durant will be able to perform well in HJP.

Durant cares only about bosting his tap damage, and thus Howling to the Heavens and Memory of a Friend are great picks. You can replaced Brothers in Arms and Plaguebringer if you have no double buff abuse or poison in your team comp. Good picks are Crit Damage, or Full HP conditional prints as Durant needs to be at full health anyway.