Defensive Bow is an odd combination exacerbated by Elias’s lack of team buffs and status as a free Adventurer. He has among the lowest Strength of the roster, and with rather situational passives, Elias fills a narrow niche better fulfilled by Rawn, Luca, or Amane. 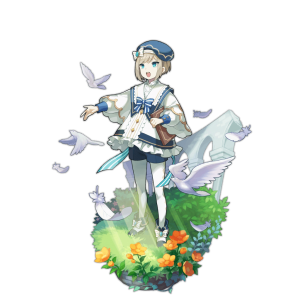 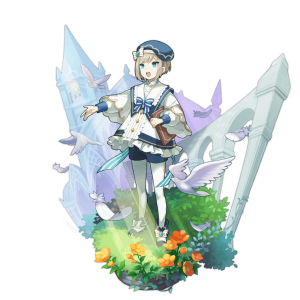 As a free Adventurer, Elias has some strengths, but also a few problems. His big advantage is bonus damage against Demons, in which he’s a top tier damage dealer. Everywhere else, he falls off sharply. His S1, Uptempo Chord, is a solid enough damage ability, but his S2, Virtuoso Anthem, is a disappointment, only raising Energy levels by one and having a lengthy charge time. He also can only gain 50% Curse Resistance, and Last Offense cannot be reliably triggered by a ranged Adventurer.

In any content with a Demon boss, Elias has strong damage output thanks to Demon’s Bane 25%.

Elias can provide Energy to his team, boosting damage output.

With less than 100% Curse Res, poor Strength, and slow Energy generation, Elias has very little content where he will perform well in.

Because he has to compete with Luca, another free Adventurer, Elias comes up short in many ways since Luca does everything he does but better (save for fighting Demons).

Elias is desperate for more damage, and should pick Skill Damage and Strength Conditional prints. Forest Bonds is easily the best Bow print, and Elias would really appreciate it. Other good options are Resounding Rendition, and Jewels of the Sun.