Bleed, Critical Rate, Critical Damage and high Strength converge on one character to make Ieyasu the leading Shadow powerhouse. With Bleeding being stackable with other status and universal to all bosses-- as none have Bleeding Res-- it’s powercreep incarnate, and Ieyasu’s Critical kit makes good use of it. 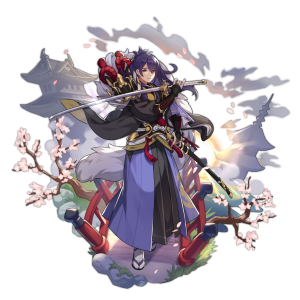 Ieyasu arrives as the flagship of Eastern Emissaries, dethroning Mikoto for the highest STR stat in the game and taking his rightful place as premier 5★ Shadow adventurer. On top of that, Ieyasu is among the first to inflict Bleed status, a Damage-Over-Time debuff that hits harder while lasting twice as long as Poison. Blades are well liked for their versatility, and Ieyasu has both the stats and the kit to use them to their fullest potential.

Ieyasu is the only Adventurer to, sport bonuses to both Crit Chance and Crit Damage-- even without equipment. Maxing out at 25% Crit Chance against Bleeding enemies leads to many chances to utilize his enhanced Crit Damage multiplier.

Compared to Poison, Bleed ticks more slowly yet lasts for a whopping 30 seconds. This adds more leeway with timing Blade Formation for bonus damage while the opponent is suffering from Bleed. Bleeding also scales on maximum HP, so it's an especially good tool against bulky bosses.

Blade users are generally among the game’s squishiest adventurers and Ieyasu is no exception, though Blade Formation’s healing helps with chip damage and maintaining the 70% HP = Critical Rate Up passive.

Gated by HP and Bleed

Ieyasu is reliant on staying healthy and keeping targets Bleeding . Without these factors, Ieyasu’s damage drops off significantly, as much of his power stems from Critical hits.

Resounding Rendition + The Heroes Arrive are best suited for taking out waves of Imperial Onslaught mobs.