Despite being a defensive character, Johanna has two AoE attacking Skills and Slayer’s Strength, both of which are great against multiple foes. 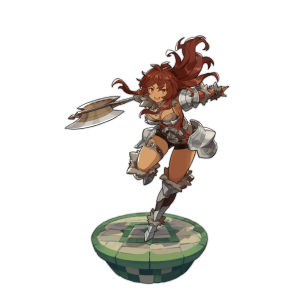 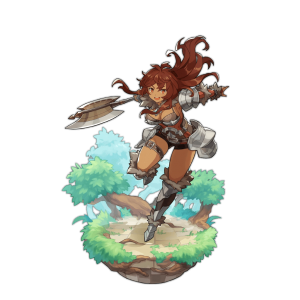 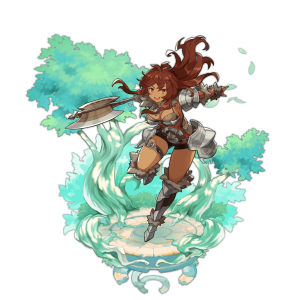 Johanna, Untamed Warrioress, is an offensively focused axe user with solid damage abilities, but baffling resistances. With double damaging abilities in Unbridled Rage, a forward slash, and Cyclone Axe, a full AoE whirlwind, Johanna has what she needs to take down large swathes of foes. Her Slayer’s Strength further enhances this, allowing Johanna to gain power for every five foes she fells.

Where she falls sort is in her Resistances and stats. Her primary resistance, Freeze 50%, is very useful for Water IO where Johanna is at her best potential. However, she also has Poison Resistance 25%. Currently, there is no Water content where poison is consistently inflicted, so this is a bit of a waste. Her second weakness is her abysmal strength stat, which doesn’t compliment the rest of her kit well.

With two damaging abilities, Slayers Strength, and axes wide force strikes, Johanna is perfectly suited to be a frontline bruiser against hordes of enemies.

Thanks to Axes defensive co-ability and her high HP stat, Johanna won’t go down easily.

Johanna has one of the lowest strength stats for a damage dealing unit, causing the rest of her kit to fall short.

Poison isn’t typically inflicted by Water fiends, and a wimpy 25% doesn’t help Johanna much. Her 50% Freeze resistance is alright, but more would be better for Water IO.

Axe of the Southern Cross

Johanna is desperate to patch up her damage Skills, so Skill Damage and more Slayer's Strength is the way to go.

Good picks for Johanna are Resounding Rendition, and The Heroes Arrive.