Between his Force Strikes and boosted Skill Damage, Kleimann excels at attacking. Being a Wand user also give him great flexibility in movement and positioning, allowing him to dodge freely without the restriction of finishing a combo. 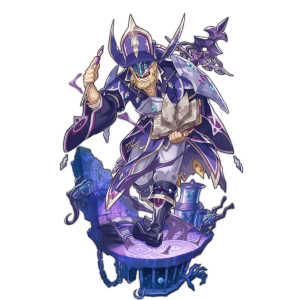 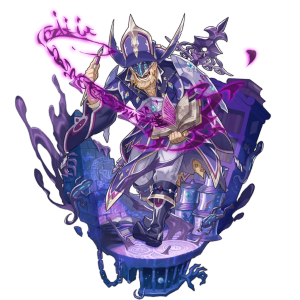 Kleimann is a versatile offensive 4★ Shadow Wand user who experiments with both Force Strikes and Skill Damage. Thanks to his Blind Res, Kleimann is ideally suited for Light IO, with an AoE-based playstyle. Kleimann is best served using Force Strikes and his Skills to devastate large waves of enemies, or in quickly breaking bosses in Overdrive. His S2 also provides CC in the form of Sleep, though it takes a while to charge.

Kleinmann is all about dealing damage to groups, either with his line damage S1, his area burst S2, or his fast and consistent Force Strikes.

Kleinmann shines at quickly bursting down groups with his Force Strikes and Skills, and also does well Breaking and nuking bosses.

As a squishy wand user with poor zoning, Kleinman needs another Adventurer to gather up enemies for him so he can easily charge his skills and nuke them down.

While Kleimann is a good budget choice for early missions, he's so far outshone by the other options available in Shadow wands that he's hard to recommend heavy investment in.

Dirge of Desperation: Coming from Void Jeanne, this wand is a good pick for High Jupiter, but Kleimann himself is not. Use it as a budget option if you just want a decent weapon.

Resounding Rendition and Flash of Genius are good all arounder wyrmprints that Kleimann can put to good use.