Luca has access to a Strength buff passive at full HP, which can be maintained more easily on a Ranged Bow user. He also packs two attacking Skills, Paralysis and the nifty Skill Haste Co-Ability. 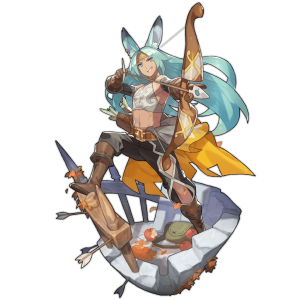 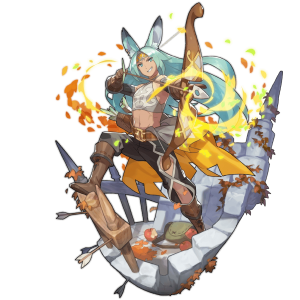 Luca is a 4★ Light Bow adventurer obtainable from the Story Campaign. Being one of four total Light Bow users, the Woodland Archer struggles to find an identity in competition with several strong ranged Light Adventurers. His resistances are scattered, and his stats are low even by 3★ standards. Despite this, Luca finds his saving grace in maintaining Paralysis, an affliction that plagues several Shadow bosses. Where Rawn shines in Shadow IO, Luca makes his home in Zodiark Trials where he’s unpressured by mobs of enemies.

Radiant Bonds has a fairly low SP cost, and both Zodiark and Shadow IO bosses are vulnerable to Paralysis.

Must stay in perfect health

Luca patches up his low STR stat with a conditional +13% Strength buff, provided he stays at 100% HP. Though this is reasonable during Dragon Trials, Imperial Onslaught is far too inhospitable to remain untouched.

Luca is susceptible to every affliction inflicted by Shadow content, and 50%/25% are far from reassuring. Poison is especially hindering and will prevent him from keeping his full HP STR buff.