Between ample survivability and Pride of the Forge, Malka is a solid support Adventurer. Although his own outbound damage is average, Pride of the Forge improves DPS for the rest of the team and has a low SP cost relative to similar team buffs. 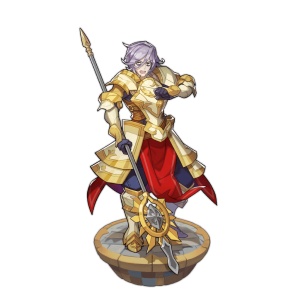 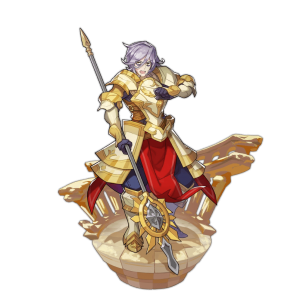 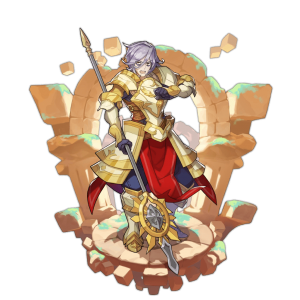 Malka the Golden Armorer is a support-focused Light Lance user. Blaze of Gold is an AoE whirlwind attack good for damaging a large numbers of enemies, while Pride of the Forge, his second Skill, offers a respectable 10% Strength boost for 15 seconds. His Full HP Defense passive is spotty at best, but thanks to 75% Poison Res, he's a great pick for Shadow IO, especially alongside a regen healer.

With a good Strength buff and the popular HP Co-Ability, Malka provides both offensive and defensive buffs for his team.

Thanks to Poison Resistance and his AoE Skill, Malka is a great pick for Shadow IO.

Being an offensive support means Malka will still need teammates to cover healing.

Being a natural 3★ Adventurer, Malka’s stats are already lower, but he is also balanced with no specialty. With neither high strength or HP, his ability as a tank or DPS is rather reduced compared to other choices.

Lonesome Wish: This Void lance has Dull res, allowing Malka to perform adequately in Obsidian Golem, but it is also an effective budget choice elsewhere.

Jack-o’-Lance: A decent budget choice for those who acquired it. The active skill is very welcome.

The best damage option for Malka is Dragon and Tamer, with Jewels of the Sun being a great support option.

Pride of the Forge (Unlock)

Pride of the Forge (Upgrade 1)