Melsa is an unconventional Adventurer labeled as support despite being excellent for DPS. Although she provides no buffs, debuffs or status ailments, she’s a decent pick for filling out any Flame team. 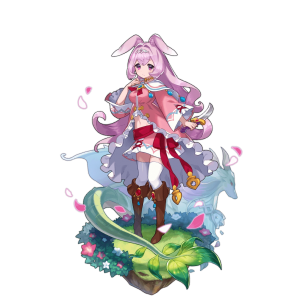 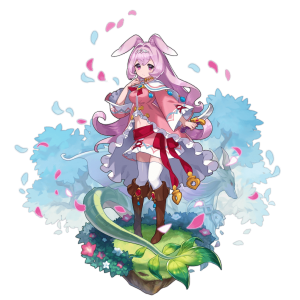 Melsa: Resolute Friend is a free 4★ Fire Dagger obtainable in the “Kindness and Captivity” event upon reaching 500 Friendship. Like many support Adventurers, she is a straightforward damage-dealer with two fast-charging attack skills and Crit Rate Up as her Co-Ability. Her kit bears a strong resemblance to Orsem’s, but as a Flame Dagger she faces fierce competition with Ezelith. Still, even alongside the same weapon type, Melsa is a worthwhile teammate on the Hypnos raid, especially with recent AI improvements to attack speed.

Melsa quickly fills up her skills for constant damage against enemies. With a weapon equipped, she can also provide frequent iframe dodges for telegraphed attacks.

Flurry Devastation boosts Melsa's critical chance when wailing on a boss or tackling a dense group of enemies.

While Sleep resistance is relevant to the Hypnos raid, 50% Sleep Resistance isn’t enough to resist affliction every time the enemy uses a Sleep attack.

Despite being classified as a Support Unit, she is currently the only dagger that cannot inflict status effects or debuff enemies.

Agni and Cerberus give a 40-60% boost to Strength, maximizing Melsa's damage output.

Ifrit increases Strength by 30-45%, making him a great alternative to Agni or Cerberus.

Those who obtained Pele during the Loyalty's Requiem event can give Melsa a 20-30% Strength increase and the Blazing Pillars attack.

Skill Haste: Jewels of the Sun