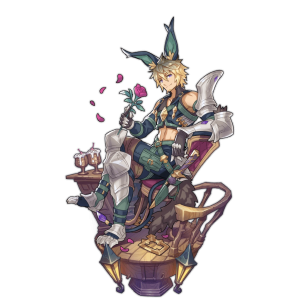 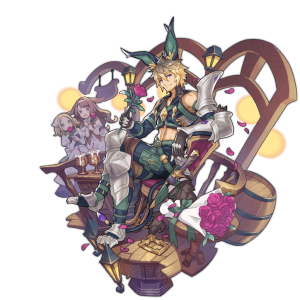 Orion is a 4★ Dagger wielder and among the strongest Melee Shadow Adventurers. Dagger users are excellent in dense battles and solo boss rooms alike, and the Maiden Protector is no exception. Two damage Skills and complementary Abilities allow Orion to effortlessly weave through the battlefield while maintaining consistent damage. Inflicting frequent Blindness greatly compliments his nature as a melee fighter, enabling a more aggressive playstyle without fear of losing combo streaks.

Excellent in all environments

Maxing out at +17%, Orion’s Critical Rate is easily maintained thanks to quick Dagger combo counts.

A low SP cost and Skill Prep lead to frequent casts of Love Goes Round. This greatly decreases the natural chip damage that accompanies melee adventurers. Blindness also has the benefit of being effective against a wide selection of bosses, which cannot be said for other afflictions.

Mismanaging the dashes and forward momentum of daggers can easily throw Orion into danger. Take care not to lock Orion in a Skill animation when a boss is preparing a purple attack.

Although well-suited for consistent DPS, Orion would much rather conserve his i-frames than unload on a Broken boss.