As a Dagger user, Orsem has high damage output and excellent combos with a kit based around Critical Rate. Both of his attack skills provide quick iframes, with Flurry Edge being especially fast-charging and frequently available. Further up his Mana Circle, Triple Salchow inflicts guaranteed freeze as well. 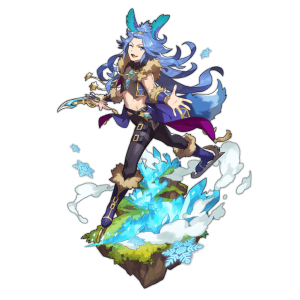 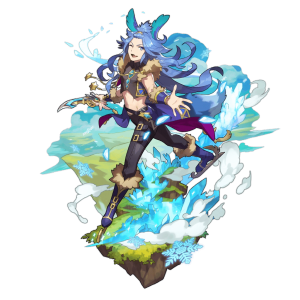 Orsem was released just in time for the Loyalty’s Requiem Raid Event against Flame boss Phraeganoth. Being the featured 4★ in the Gacha made him quite accessible, and as an attacking Dagger unit, he’s a valuable teammate. The release of High Brunhilda only further elevated his status as top Water DPS, with Burn Res and a Melee weapon type granting him relatively easy entry. He’s not the sturdiest of Adventurers, but with nimble control of the Dagger Combo, he can skate over most bosses’ attacks while landing Criticals left and right.

Being a fast attacker with a Crit Rate capping at 23% means he often lands multiple critical hits in a combo.

Even without a weapon Skill, Flurry Edge and Triple Salchow have low SP costs for frequently exploitable iframes.

Like most Dagger users, Orsem is pretty vulnerable to damage, especially with a weapon combo that includes forward dashes and lunges.

The Prince Of Dragonyule is a strong contender for best-in-slot, with Critical Damage and Flurry Devastation for Water Adventurers.