Pietro’s kit is, like those of many 3★ Adventurers, unclear in its purpose. Indomitable Will fits the shielding role, but its magnitude fails to compete with shields from Cibella or Hildegarde. His critical damage Ability is also misplaced on a slow weapon type. 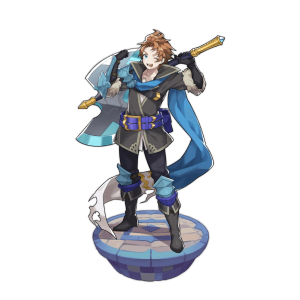 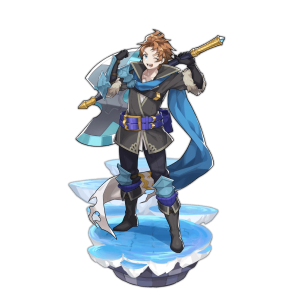 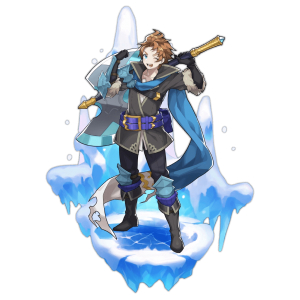 Pietro is a 3★ Water Axe user who’s best described as mismatched. Like many 3★ adventurers, Pietro holds only 75% status resistance, a flaw compounded by the fact that no current Flame enemies even inflict Blindness. Although +13% Critical Damage is massive, it is rarely felt due to the slow swings of Axe wielders who lack the means to utilize crit buffs. While attempting to provide both damage and support, Pietro succeeds at neither, and has next to no redeeming qualities.

Axes excel at taking out clumped enemies, which is made easier by Quester’s Best drawing foes in closer.

None of the current Flame content involves Blindness, and as a 3★ Pietro doesn't gain full immunity. Critical Damage, though complimentary to the burst style of Axe wielders, is also not seen due to the lack of any sort of a crit-based kit.

Strength Buff: Crystalian Envoy, Jewels of the Sun, Together We Stand, Unfulfilled Visions