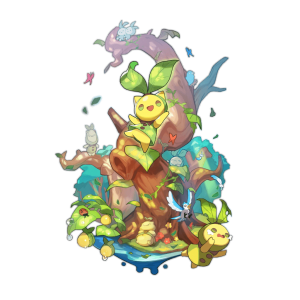 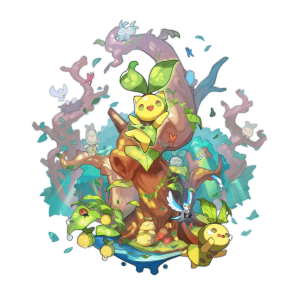 Scroll up real quick. Look at him. Does that look like the face of mercy?

As Dragalia’s first non-humanoid Adventurer, Pipple steals the show as Dash of Disaster’s featured 4★. On the surface, Pipple’s kit looks downright destitute, lacking any attack skills and painting him as a humble buff bot. Furthermore, most of his kit is centered around Energy, a historically underwhelming mechanic. So how is this vibrant veggie rampaging through Master High Brunhilda’s Trials by the quartet?

The answer is twofold: enhanced standard attacks, and bountiful buffs stemming from Energy and Wyrmprints. Because Pipple doesn’t need Skill Damage and enjoys frequent DEF buffs, he is a prime candidate for Doublebuff Wyrmprints such as Odd Sparrows or First-Rate Hospitality. If running the former, Pipple transforms into a completely self-sufficient, immortal powerhouse, shelling out consistent damage while sponging and recovering incoming damage. Between 4 Pipples and full Energy, the sheer amount of Doublebuffs leads to staggering results.

As a side note, players should generally refrain from using weapon skills to preserve full Energy. The damage from a single Energized skill isn’t worth the DPS lost as Pipple must restack to regain his passive buffs.

To compensate for a lack of attack skills, Pipple’s regular Wand attacks pack a bigger punch than most. These are further enhanced by passive Strength and Crit Rate that scale with Energy. Because Pipple doesn’t rely on Skill Damage for DPS, he can comfortably sit at max stacks without experiencing downtime as he restacks.

Nimis is a close second for the same reasons as DY Jeanne.

Leviathan's raw 60% STR and Bog keep him very relevant despite his age.

Pair 1: General purpose setup, assuming solo content or otherwise non-quad-Pipple teams. UBOV may be replaced by any %STR such as Primal Crisis or Jewels of the Sun.