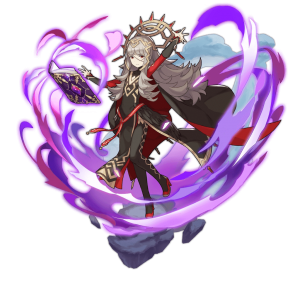 The princess of Embla emerges as a Shadow Wand user and a star of the Fire Emblem: Lost Heroes showcase. Bloodthirsty as ever, Veronica’s playstyle is a cycle of taking blows, unloading damage, then healing right back up. While Gala Cleo geared more towards support, Veronica is coveted for her explosive damage potential, bursting through entire boss phases with the right setup. However, in contrast to berserkers like Natalie and Bellina, Veronica has no way to safely drop herself into Gespenst's primary HP threshold. This means that she'll need a skilled pilot that can navigate unavoidable boss damage while sitting under her %HP sweet spot.

Gespenst is enhanced when at lower health, while Nosferatu regains health. In order to maximize her kit’s damage, Veronica must intentionally take damage then use her skills in tandem, which may not be an option in endgame level content.

Shinobi is still ol' reliable and a solid alternative to the limited options.