Being yet another Light Staff user, Vixel needs a lot to stand out. Spirited Song, his single heal Skill, is a powerful burst heal with an additional regen effect, but his dependency on Agiato Assault for self-applied healing buffs makes him less practical than Staff users with two heals. 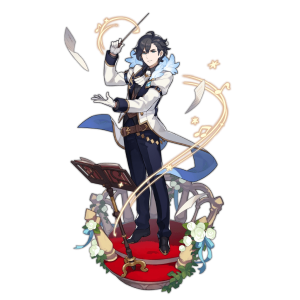 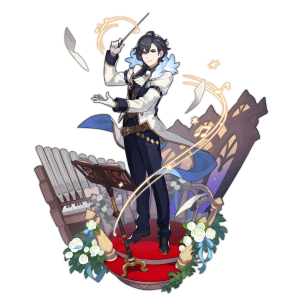 Vixel is the 4* adventurer featured in the Resplendent Refrain Summon Showcase, joining a massive pool of Light-attuned healers. The Musical Maestro maxes out at 39% Recovery Potency while at full health and under Agitato Assault, making his regen heal incredibly powerful. Vixel, along with banner-mates Lucretia and Pia, are the pioneers of the Energy Levels support system. Only time will tell if Vixel becomes a valuable Energy-inclined healer, as he currently struggles to make a name for himself among his many peers. As it stands, Agitato Assault feels lackluster when it could be replaced with a second heal, a shield, or even a DEF buff.

This works well in combination with Lucretia, allowing her to reach 5 Energy stacks without overstacking.

Both a healing buff and small dose of Skill Prep work in favor of Vixel’s support role.

Raising an ally's Energy Level by one only pays dividends when working with an energy-centric team. A second heal or a more tangible support buff would be preferred.

Budget Options: Beauty's Balm or Vampire’s Lantern, which provides targeted healing. It's the best choice, but an event exclusive.