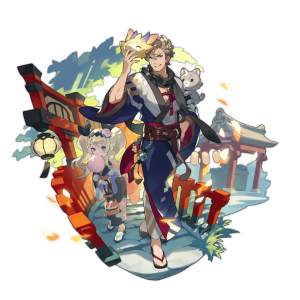 Yukata Curran brings the best of both worlds, offering a small glimpse of diversity among a Paralysis-laden meta. Commanding both Stun and Paralysis, Curran tactfully utilizes his afflictions to bring down bosses. Although his predecessors Mitsuhide and Fleur perform marginally better, both heavily play into Paralysis, whereas Curran will not fall off over longer fights. With optimal positioning and Ricochet Bolts placement, Curran brings punishing Crits and tactical Stuns to the endgame table.

Master High Zodiark can be Stunned exactly once so Curran has a shot to play around his lack of Curse immunity. Although he runs Paralysis, his kit doesn’t rely on it and serves to enable his allies’ kits.

Much of Curran’s kit is tied to Energy and by extension aiming Ricochet Bolts. If a boss isn’t pinned against a wall or otherwise in a good spot to score at least 10 S1 hits, Curran’s damage will suffer significantly.

Curran loses access to both his afflictions if taken too low. As a melee adventurer, he must place himself just within high-risk range, even more so to get optimal S1 bounces.

Cupid boosts Crit Rate even further and helps keep Curran healthy enough to use his afflictions.

Bread and butter setup covering all offensive bases for a Paralysis Dagger user. A potential Slot 2 option is Memories of Summer’s Dusk given Curran’s access to both afflictions.