Zace’s Skill Damage +20% Ability sets a precedent for strong damage output, and his two attacks compliment this by adding solid AoE damage. Unfortunately, his potential is held back due to his bare-bones 3★ kit and lower stats. 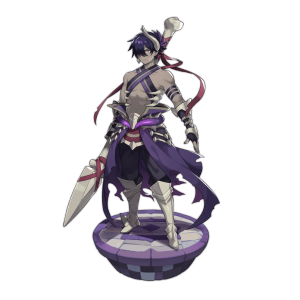 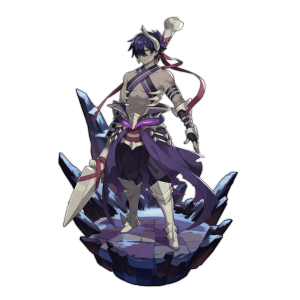 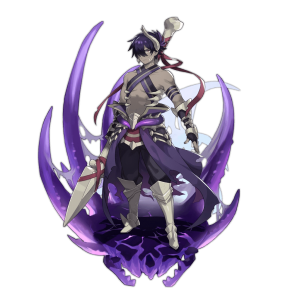 Zace the Bone Collector is a solid addition to any roster, being a damage-focused Shadow Lance user. For a 3★ Adventurer, Zace’s kit is exceptionally optimized, making him a great pick to invest in. He boasts two solid damage skills in Skull Hunter and Bone Slinger, which are both straightforward frontal melee attacks. Even better, his ability is an unconditional +20% Skill Damage modifier, allowing him to hit hard. He has good resistance with 75% Paralysis res, making him a great choice for Jupiter’s trials, though he needs a wyrmprint to hit 100% resistance.

Zace's main weakness is his frailty, though this is somewhat made up for with his HP Co-Ability and by maintaining a safe distance from targets.

Zace is highly optimized for dealing damage with his statline, Skills, and first Ability.

Zace is custom built to nuke enemies with his double active skills and decently high strength stat. He’s most effective against lone bosses, but he can perform against larger groups of enemies with good positioning.

Zace has no recovery or defensive abilities, and relies on teammates for healing and buffs. He's also ill suited to the frontline for a melee unit, due to his fragile nature, and needs an accompanying frontliner to be most effective.

Although his first Ability is excellent, it pales in comparison to other Adventurers' Skill Damage passives and comes without a third Ability. With less than 100% resistance to Paralysis, and his HP stat taking a hit to make up for his high Strength, Zace is outshone by higher rarity Adventurers.

Juggernaught: A solid budget 4★ option with a nice strength bonus.

Phantom: The F2P Dragon of choice with a pure strength boost, but low stats.

Nyarlathotep: Thanks to his HP conditional, this dragon should only be taken if Zace has healer support, though he’s a great option if you can stay healthy.

Mistilteinn: The 5★ shadow lance is a fantastic choice with its skill damage active, but is overkill for current content.

Spear of Tragedy: This Void lance is a reasonable budget choice, though its abilities are fairly useless at this time.

Hellish Lance: A good budget choice, though the active skill is forgettable.

Zace wants to continue to stack Skill Damage and Skill Haste to further augment his nuke based playstyle. Strength will also enhence both his Skill Damage and regular attacks-- Crystalian Envoy and The Heroes Arrive are great for this.

Other top prints for Zace include Dragon and Tamer, Resounding Rendition and Jewels of the Sun.