Like many Defense Adventurers, Zardin has limited damage output as someone with among the lowest Strength stats in Dragalia Lost. Yet his kit is entirely offensive with two quick damage skills, a Strength passive, and a Sword. 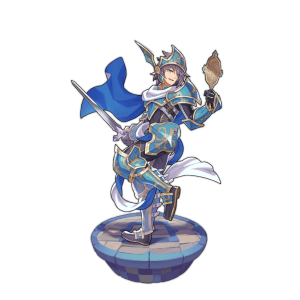 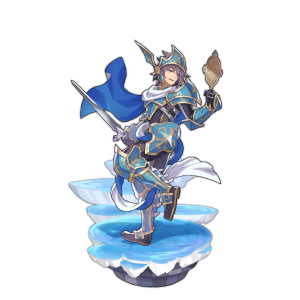 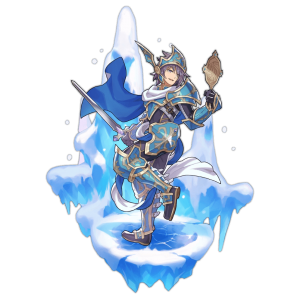 For someone with a complex, Zardin is a very straightforward adventurer. He has two active damage skills that attack straight ahead of him and a very simple Full HP = STR 10% ability. He also has 75% Burn resistance, which would suit him for Dragon Trials and High Dragon Trials. However, even in its simplicity, Zardin’s kit is lacking. He struggles to remain on the front lines and keep his ability active, as any chip damage will weaken him. His strength stat is also something no one should admire, being the second lowest of any adventurer at only 432.

Zardin isn’t hard to understand: two damage skills, and stay at full health to get the most out of him.

Swords have the fastest Force Strikes in the game, perfect for breaking bosses.

Zardin has a huge health pool, but he has to stay at full health to be most effective, and he has no way on his own to do so. He relies on his teammates for recovery and support.

For Water, Agito weapons are slightly superior to HDT2, but overall they are roughly equivalent.

The Shining Overlord is overwhelmingly the best print for Zardin. Thanks to his Frostbite kit, His Clever Brother is the best secondary print.

Should You Summon: Summer Mym

Void catoblepas drop rewards problem
I tried farming for the rare void materials so that I can unbind the weapons. I got…
Need Agito Mats but don't wanna auto Masters? Do I have a story chapter for you!
With the recent story update for Dragalia Lost, Chapter 20’s 7-2 Level on Very Hard is…
Hundredfold summon time :longcat:
How much eldwater did you get My stuff image750×1334 129 KB I got at least 4…
Dragalia Lost Song Collection is now officially on Apple Music and Spotify!
To coincide with the CD of said music releasing, they went and put the songs up on…
Is Nino in the permanent pool?
I couldn’t get her when she was here, but I wanted to know if she’s only going to be…
Read More