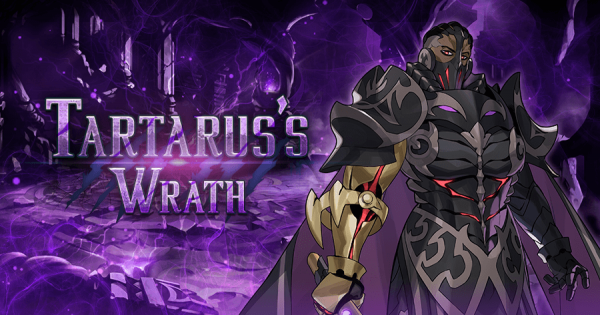 The fifth and final Agito, Tartarus was intended as the ultimate challenge for Light adventurers. With the several instances of unavoidable Fury of the Fallen debuffs neutering the team’s DPS, players were in for a rough ride.

That was until Tartarus’s many vulnerabilities were found and exploited, namely his neutrality to off-element damage, Stun/Poison susceptibility, and reliance on Fury of the Fallen.

Fury of the Fallen

Taking any hit from Tartarus will inflict 1 stack of this debuff for 30 seconds:

Taking additional hits will refresh the debuff's duration. Shapeshifting will cleanse this debuff.

You are the support. You will spam your buffs as much as possible, then Shapeshift to fill your team's skill gauges with Gaibhne & Creidhne's zone.

Any weapon will do, Icesovereign Trident’s 50% skill prep is a luxury, not a requirement.

Shared skill replacements are tough as both Patia’s and S!Cleo are 5 costs. Summer Luca’s attack rate boost is the next best thing as it increases Brave Bastion uptime.

Renee or Estelle can replace Tobias for a Buff Time Co-ability.

Euden's Co-ability ensures that Shapeshift is available by the time Tartarus transforms.

You are the utility. By stunning Tartarus at key points, your team can bypass run-ending attacks / mechanics and continue to free-hit.

Pazuzu is a suitable alternative to Vayu.

Summer Cleo's Tropical Breeze is a slight upgrade over Brave Bastion but is not required.

Any Blade and Wand Co-ability will do. The third slot is completely flexible.

You are the Crisis Edge. Charge your gauge, then chain skills like no tomorrow.

Shinobi can replace Gala Cat Sith albeit with slower results.

The Plaguebringer can replace TFOH

Use any Blade and Wand user for their Co-abilities, but Ieyasu is preferred for his Dragon Haste Chain Co-ability. Any Dagger Co-ability can be substituted for Mega Man.

Patia plays similar to Elisanne: spam your buffs off cooldown, then Shapeshift at break.

Gala Alex allies swap out TFOH in favor of Brothers in Arms for copious Doublebuffs.

Open with a Force Strike to proc Castle Cheer Corps, then spam your buffs off cooldown.

Shapeshift once Tartarus begins to transform.

Once Hawk Stuns Tartarus, unload all buffs then Shapeshift.

Use G&C’s skill once the “Open Portal” text appears. The portal's opening will knock you back into human form, where you will continue applying buffs until Tartarus falls.

Use Hunter's Creed, then roll right twice to dodge the Umbral Nebula.

Bait the Red marker dash to the bottom right. This position makes it so the Alexes don't have to run as far.

Force Strike immediately after the second dash, followed by a quick Savage Hawk once the FS has been released.

Shapeshift when Tartarus transforms, then use Vayu's skill once the boss is targetable.

Use Hunter's Creed, then Brave Bastion after the Red marker dash.

Unload all skills then Shapeshift at break and let the Alexes do the heavy lifting.

Keep your gauge charged above 1 and chain as many Crisis Edges as possible without taking damage.

Roll clear of the opening Umbral Nebula then begin charging your skill gauge.

Use Skill 3 as soon as its available.

One of the Alexes should lead with Umbral Erasure then resume chaining Crisis Edges.

With sufficient DPS, Phase 1 should end before Tartarus can open a portal.

Again, one of the Alexes should lead with Umbral Erasure to apply Poison ahead of Hawk's Stuns.

Use Obstruction Armament (Skill 4) while continuing to stand in Gaibhne & Creidhne's zone.

Just before break, bank your skill gauge to full then use Skill 4 again.

Anything for good loot.

Both fragments are used to craft 6★ Light weapons as well as upgrade the Light Tree (purchased from the Treasure Trade).