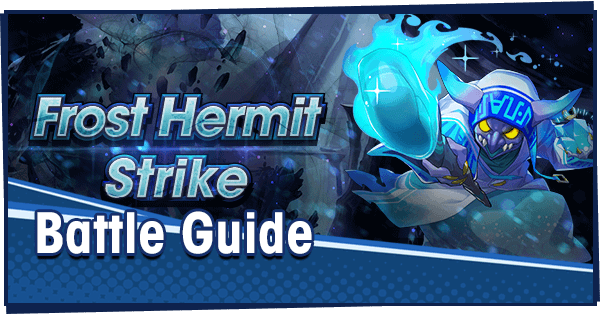 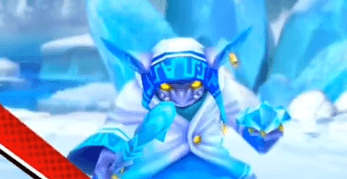 The Frost Hermit is a first-tier Void Battle and as such, can be done with little to no preparation ahead of time. For those under 10K Might who may be struggling however, it's worth crafting Copy Punisher weapons using materials from the Wandering Shroom Stirke Void Battle. These can also help with more consistent auto-battling, but otherwise may be skipped.

Free or 3★ adventurers are more than sufficient for this fight, with Bog Res being preferred. To clean house on this battle, Lin You and Maribelle are the best for their powerful AoEs. 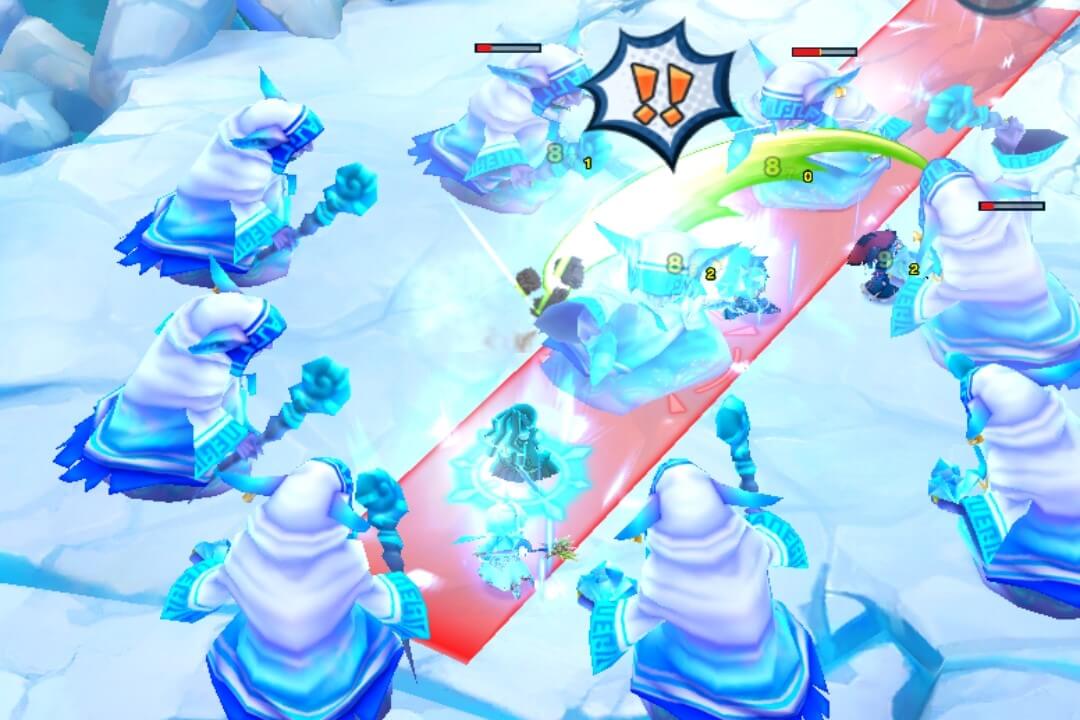 The fight starts off with the Frost Hermit by himself, creating a red circle around himself that does low damage with a small chance of inflicting Bog.

Occasionally the Frost Hermit will teleport around the map, but since it is fairly small, you can easily catch him.

In the Overdrive state, the Frost Hermit spawns four Mirror Images with his Propagate ability. These images have a large health pool and perform the same attacks as the original. You can either ignore them and DPS the boss, or quickly knock them down with a Copy Punisher weapon. Either way, they continue to do low damage, but the Frost Hermit can still be focused down. When the copies become disorienting, check the health bar at the top of the screen-- it will decrease when you're hitting the correct target.

Note: It’s entirely possible to disable the Frost Hermit with Stun or Sleep and have him skip the Propagation phase entirely, provided you time the ability well and Break him before it wears off.

After Break, the fight continues as it did before, though the boss will now occasionally drop a purple circle with knockback and Bog, but still relatively low damage.

If the boss reaches a second Overdrive state before he falls, he’ll use Propagate again, spawning four more copies. These can again be ignored, though the battlefield will become chaotic with 8 copies running around. Keep focusing on the original to finish him off-- once the boss falls, the copies will vanish, leaving you victorious.