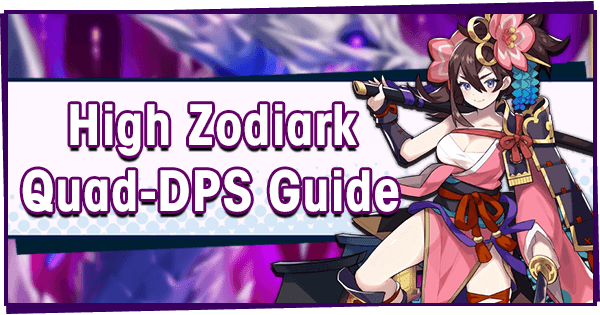 Joining the Light Roster shortly after High Zodiark's release, the Gala Prince took the meta by storm. Between potent buffs, Cupid heals, and crushing Force Strikes, two Princes remove the need for Hildegarde and H!Elisanne while cutting clear times in half. However, this approach is a double-edged sword; the lack of a dedicated healer means the team must play almost perfectly. Here's a brief overview of how Quad-DPS differs from traditional comps.

This guide applies to both Standard and Expert difficulties, and should be treated as the Expert High Zodiark Guide.

Two Princes make up the cornerstone of this strategy, employing Exalted Glory, Draconic Charge, and Sword Force Strikes to bypass many of High Zodiark's threatening mechanics.

As added synergy, all three adventurers pack Paralysis in their kits, ensuring that Paralysis Punisher is always utilized.

Do not run Ruler of Darkness. Between Void weapons and two Exalted Glories, the HDT Wyrmprint isn't needed to survive.

Gala Prince: Both The Chocolatiers and Sister's Day Out are strict requirements. The former enables Exalted Glory to be stacked twice before the opening HP Check, while the latter bypasses otherwise fixed cooldowns and greatly amplifies Force Strikes.

Fleur: Either Stellar Show or Levin's Champion can fill slot 2. Run the former if struggling to reach first Break.

With four DPS adventurers, Lantern killing isn't an issue and Void weapons are generally superior to their Core counterparts.

Run High Dragon Trial weapons (crafted with materials from Expert High Jupiter) on as many members as possible.

Cupid should be the only dragon considered for both his raw STR and utility. 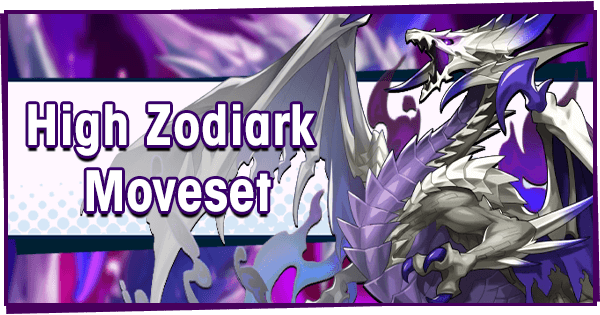 From this point on, the fight proceeds as normal. Even without High Dragon Trial weapons, the fight should be done and dusted some time between Phase 3 and Phase 4, if not earlier.