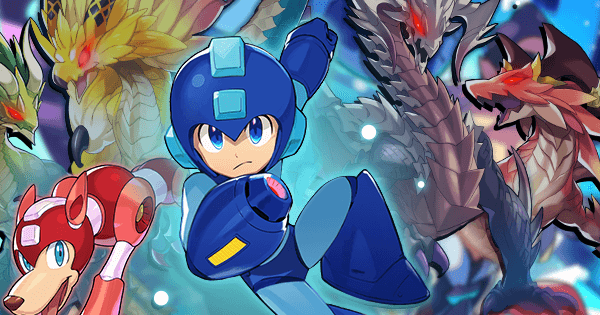 A special subsite for the event reveals more details.

・Mega Man is an adventurer you can add to your team during this event.

・If you participate in the event and meet certain conditions, you will be able to add Mega Man to your team.

・No other adventurers from the Mega Man series will be available via summoning.

The Mega Man franchise first blasted onto home consoles in 1987.

Since then, the series' challenging action gameplay and unique cast of characters has garnered a passionate fan base and allowed the franchise to grow to over 130 entries across its numerous series.

The site shows a character with completely unique weapon mechanics-- the Mega Buster is its own weapon type, and rather than a Force Strike, he releases a Charge Shot. You can also swipe to use a sliding move.

Elemental Upgrades are also implied, which could be the 'Metal Blade' and 'Leaf Shield' variants shown. in the trailer.

The actual event gameplay is still unclear, but at the very least, it retains the Friendship mechanic from Raids in which an ally stays on your team as you use them. You can also gain advantages against 'bosses' via Wyrmprints, so there are many battles! You can also earn event-exclusive weapons that allow each weapon class to have access to the Mega Buster.

As a fun extra, you can also make a custom Profile Card with Mega Man's picture: 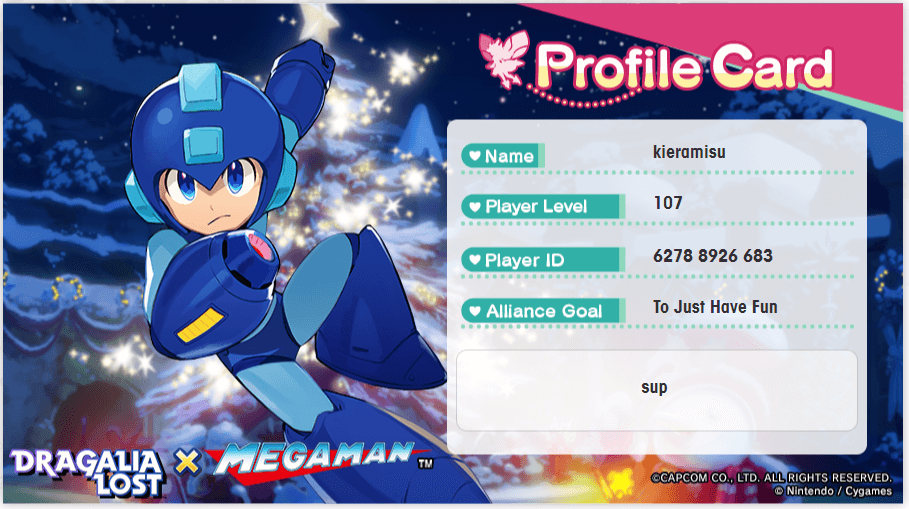 The Mega Man: Chaos Protocol event is scheduled to begin on Saturday, November 29th at 6:00 AM UTC and last until Monday, December 16th at 5:59 AM UTC.

Healer or Buffer
@Guilian wrote: Hey everyone, I’ve Bern playing for a while…
Ieyasu or Botan Mana Spirals
@Inferno_711 wrote: Now that both Botan and Ieyasu both…
Ezelith weapon
@HaughtyWillow4863 wrote: Training ezelith for dragon…
Advice please
@raygart wrote: Hello everyone, I started playing this game…
Doublebuff
@saddio wrote: For the strength buffs that proc when a…
Read More
Menu