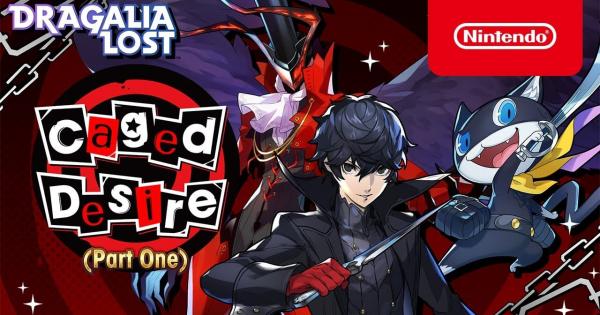 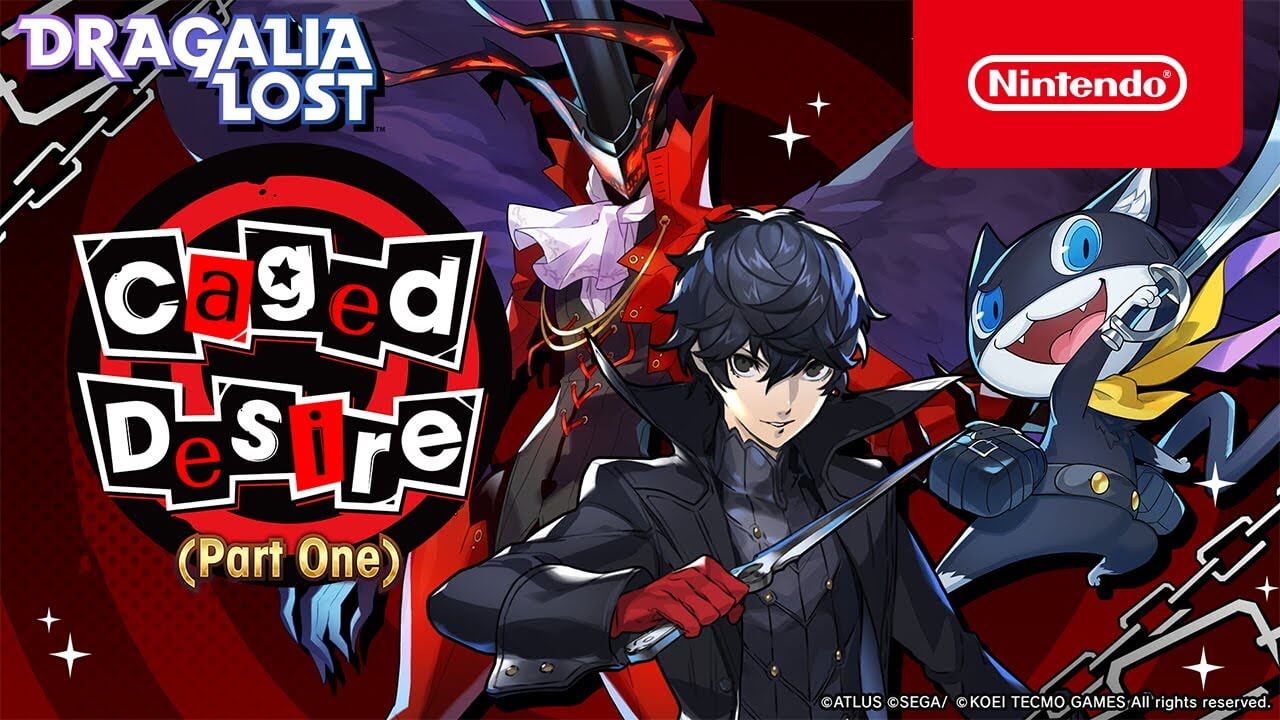 Sweet sassy molassy! Joker and his adorable kitty are here to steal our hearts!

Look's like my new buddy, 0rthodox, is back again to talk with us about our new friends from Persona!

Hey guys welcome back, my name’s Orthodox and let’s be real here. Of course, you’re going to summon. It’s an ultra-limited collab banner, why wouldn’t you? That being said, there is a 2nd part to this event showcase and you may want to know which unit is most worth your hard earned wyrmite. Well, you’ve come to the right place.

Alright, let’s start with our main man, Joker. He’s a shadow dagger, dragondrive unit. His Skill 1, Marking Shot, deals 7 hits of 354% (Which is a little under 2500% total) and fills his Persona Gauge by 300. If Arsene is active it will also deal 1 hit of 750% (About 3200% total). And in both cases, the skill will cost 3,120 SP. There’s not much to comment on for this skill as I think the numbers speak for themselves. The mods are impressive and the SP cost is reasonable. The Persona Gauge can only be speculated at this point, but the cap will realistically be no more than 1,000. Meaning Joker will be able to charge this gauge with at most 2 uses of Skill 1 and 1 use of his Skill 2.

That being said, Joker’s Skill 2, Phantom Barrage, deals 4 hits of 448% and 3 hits of 312% (Which is a little over 2700% total), reduces the enemies’ strength by 15% for 20 seconds, AND also fills the Persona Gauge by 300. If Arsene is active it will instead deal 1 hit of 3,030% and reduce the enemies’ strength by 20% for 20seconds. This skill will cost 5,450 SP. It is also Joker’s Share Skill with a cost of 5 points and when shared its SP cost is 9,537. The strength reduction is ALWAYS welcomed in those pesky pub rooms where your teammates always seem to enjoy seeing their character portraits change from colorful to grey and the damage is nothing to scoff at either. Joker truly has some incredible percentage modifiers in his kit.

Moving on to Joker’s abilities…

His ability 1, Will of Rebellion II, Grants the Persona element Curse to certain attacks. I imagine this is an homage to the Persona series elements for what is normally Shadow element in Dragalia Lost. This ability also replaces the shapeshift button with a Persona Button and Gauge. Additionally, tapping the button will summon Arsene to Joker’s side and they will attack simultaneously. But that’s not all, Joker is also granted 6% defense and a unique force strike that has two charge levels. At level two, Joker can dispel a singular buff and if the attack connects, it will partially fill the Persona Gauge.

Yeah, so this ability is really nuts. On-demand dispel AND constant refilling of the Persona Gauge to continually call Arsene to Joker’s side? This is exactly the type of kit you would want to see running in Legend Kai Yan. Dispel takes care of Kai’s pesky shields and the additional charge levels on Joker’s force strike are certain to aid in shredding the Overdrive bar while Kai Yan is in Berserk Mode. Seems fitting that Joker’s release banner was so close to Legend Kai Yan, don’t you think?

And Joker’s 3rd ability is 30 Hits = Energy Level Up, which increases the user’s energy level by one stage for every 30-hit combo. This is anything terribly impressive, but Joker does have incredibly strong mods so he will be able to make the most out of any time he is energized.


Overall, Joker seems like a very well-designed character for the current Legend Kai Yan Meta. His unique Co-ability may also seem quite a bit of usage from buffers down the road so he is an excellent pick up for your roster.

Moving on to our 2nd Phantom Thieve, Mona! Mona is a wind sword dragondrive adventurer. His Skill 1, Mona Car, turns Mona, himself, into a car, deals 10 hits of 225% (2250% total), and partially fills the Persona Gauge by 300 if the attack connects. You can also change directions during the attack. When Zorro is active, the attack instead deals 3 hits of 825% (a little under 2500% total) and it’s Critical Rate is increased by 30%. SOMETIMES, the Critical Rate increases to 50% instead. The overall SP cost of the skill with or without Zorro is 2,715. Overall, solid damaging skill and moderate SP cost means Mona will also be able to access Zorro quickly through his unique Persona Gauge.

Mona’s Skill 2, Beckoning Cat, deals 4 hits of 600% (2400% total), draws the enemies into the user, and fills the Persona Gauge by 300. If Zorro is active, it will instead deal 5 hits of 600% (3000% total). The over SP cost with or without Zorro is 5,450 AND this skill is Mona’s Shared Skill. It has a shared cost of 5 and Shared Skill SP cost of about 8,447. It’s interesting to see this Shared Skill will fill the Persona Gauge. Makes it useful to share to Joker or Panther to help them fill their Persona Gauges faster. Additionally,  it will be interesting to see what happens to units without a Persona Gauge, will this share instead increase the Draconic Gauge like Gala Mym’s Share? Until the banner goes live we won’t know, but it will be worth investigating.

Mona’s Co-ability is, Wind Boost +20%, which increases wind damage by 20%. This. Co-Ability. Is. Broken. Every single wind DPS unit will want Mona in their backline. Period. A free 20% damage boost is heavily welcomed and will allow wind Doublebuff composition to hit even harder now.

Mona’s Chain Co-ability is, Gentleman Thief V, which reduces water damage taken by 10% when the combo count is 10 or higher. Overall, just a nice little boost to survivability, that’s all.

Mona’s 1st ability, Guilding Feline II, grants the Persona element wind to certain attacks and swaps out the shapeshift button for a Persona Button and Gauge. Tapping this button will summon Zorro. Zorro will fight alongside Mona and also restore HP to all teammates as the user attacks. Additionally, Mona is granted a unique force strike that actives the “Beast Eye” effect for 30 seconds. This buff will increase the Persona Gauge fill rate by 20% while active, but is removed when Zorro is summoned, and cannot be granted while Zorro is active. Lastly, while Zorro is not summoned, standard attacks and force strike will fill the Persona Gauge.

Filling the Persona Gauge by standard attacks, force strikes, AND skills means Mona will have Zorro available constantly. Additionally, Zorro’s standard attacks granting healing to the whole team is just… amazing. We’ll have to see what the healing mods look like, but for the time being Mona truly redefines what it means to be a DPS Healer.

And to round out his kit, Mona’s 2nd ability is Freeze Res +100% and his 3rd ability is Critical Damage +20%. Both respectable abilities, although Bog Res would be much preferred in Ciella.

Overall, Mona is a MUST summon. His Co-ability makes him highly desirable on all wind DPS backlines and his unique healing playstyle might be just what Templar Hope needed to share the load of keeping the whole team healthy.

The final unit on the showcase is a dragon, well not really, but for our sake he is! It’s Arsene, Joker’s personal Persona.

Arsene’s Skill 1, Maeiga, deals 1 hit of 2,540%. Which is solid. It’s not as strong as the recent Gala Dragon’s skills, but if used in the hands of Joker, whom he is designed for, then you won’t ever actually transform into Arsene to use this skill.

Overall, Arsene is a strong competitor to Gala Cat Sith, since they both offer 180% attack skill damage; however, it is important to remember that Cat Sith’s attack skill damage is a buff and will be multiplicative with the skill damage wyrmprint. Like Shinobi, Arsene’s ability is an aura and is additive with the skill damage wyrmprint. The one advantage that Arsene holds over Gala Cat Sith is that he does not have to worry about shapeshifting or keeping combo for his ability to stay active. This will be a huge buff for adventurers like Gala Alex who burned through there cat buffs before they could replenish them.

Both Mona and Joker are excellent choices. Of the two, I would recommend picking up Mona with wyrmsigils due to his Co-ability being heavily desirable.

This is the best banner of the two to pull from. Mona will be highly desired everywhere in wind, Joker looks incredibly promising for Legend Kai Yan, and Arsene looks to be a very strong addition to the shadow dragon roster. Thank you guys so much for reading and let me know in the comments below how your pulls went! Good luck on your summons as always! - 0rthodox