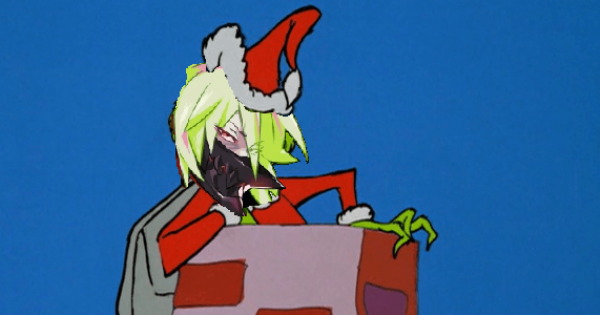 Should You Summon: Dragonyule Defenders 2

The following is a fan based parody. Dragalia, the Dragalia Lost Logo, and the Fairy Notte are all owned by Cygames, Nintendo, and Criware. Please support the official release.

You are reading the Grinch Version of this article. If you want to more poetic version, click here. Otherwise, proceed with the boring.

With the third year of Dragonyule, Cleo received her Spiral. Sadly, it's not all that it could be, and frankly it's almost not worth getting as it increases the cost of her skill share, which had been a good selling point as it offered instant Freeze for skipping mechanics in certain fights. The fourth level increases the Freeze chance when shared by 20%, but also increase the SP cost by 1000, which isn't great. The higher chance could be valuable in some circumstances, so consider that when spiraling.

As to the actual power the Spiral brought, it did increase DY!Cleo's DPS and support, but very slightly. Seriously, her mods on her S1 go up by 2.4% per hit, while the mods on her S2 go up by 6.6%. Compare this to Euden, who saw his mods go up by 71% and 147%. Sure, Cleo does more hits, but it should be obvious that this accounts for a tiny increase. Her passive does improve slightly, going from 30 hits to get an energy level to 20, which is a pretty significant drop. Still, Energy is kinda bad, and overall the improvement is incredibly minor considering the resources it takes to Spiral an Adventurer. This is reflected in the sims, where Cleo's DPS increased so little it was hard to notice.

Verdict: No. DY!Cleo needed a shot in the arm, but instead she got a bag of coal.

Dragonyule Malora got nothing in her stocking this year, and considering how pathetic her DPS is these days (she's below the free Wu Kong and FELICIA, who is a staff user) that really isn't great for her. Honestly, there isn't anything that recommends Dragonyule Malora these days. Her kit is just fine, it's just that her numbers are so low (aside from a certain measurement that has nothing to do with DPS) she can't really contribute anything. With a Spiral that upped the mods on her skill damage or increased the Defense Down she offered she could be really good, but as it is, she won't be coming home this Dragonyule.

Verdict: No. Dragonyule Malora is a relic of other times.

[Random song lyric from the 80s or 90s because the author is an old man].

Dragonyule Xander has been bad since he was released, and nothing has changed. If and when he gets a spiral...He'll probably still be terrible.

Final Verdict: No. For Collectors only.

Darling, I refuse. I did this last year. I will note, however, that your faith in me has been rewarded! Have you SEEN the numbers I'm putting up these days? And you'd see even BETTER numbers if only they'd give me a Dragonyule outfit. I'd look positively radiant in a cute Saint Starfall outfit, don't you think?

DY!Neferia's Spiral helped her out significantly. However, she was already so bad that it just wasn't enough. Her kit remains wonky and random Freeze is more of a harm than a help on most fights, as you want to save that to cheese specific mechanics instead of just pausing the boss for a couple seconds at the beginning of the fight.

Final Verdict: No. Collectors only.

What? I thought we had to stick to the cue cards. Whatever. I'm not getting paid enough for this. I'm going on break.

Xaindeer got a spiral, but it was so bad that I actually thought that he had gone DOWN in DPS. In reality, his boost was just so minor that it can hardly even be noticed.

That said, there is one thing that makes Xaindeer worth pulling for: His Chain Co-Ab. Dragonclaws with a Wand Co-Ab is just an amazing DPS combo, especially in longer maps where you'll transform several times. I actually think he's worth getting just for that, but I wouldn't bother spiraling him as it's pretty atrocious. All he gets is 2% more crit on his S1 (which is an actual slap in the face) and 3% more damage on his S2, though he does get 4% more Dragon Gage which is pretty decent, but not worth the resource investment in my opinion.

Final Verdict: Maybe: If you just want the Dragonclaws co-ab, Xaindeer is a good choice for the backline. Actually using him is inadvisable though.

Oh the Dragons are pretty frightful. No really, they're bad now.

Euden darling, it's time for your lecture on why you and I are the OTP of Dragalia Lost, and why loving your sister that much gets you on the naughty list.

DY!Jeanne is a good enough dragon to use if you're just starting out. But Big Chungus and Gala Posideon are so much better she's just not worth pulling for.

I'm not telling you what Mym told Euden. But let's just say that I think that boy is doomed either way.

Pfff, who am I kidding? Euden's an anime protagonist of a long running gatcha game. He's never going to hook up with anyone.

Coresaint Phoenix should only be gotten if you have Summer Mikoto and you really want to make those Phoenix Koto memes a reality. Actually, she's not bad, it's just that she's way worse than Gala Thor or Kaikokuten. Aside from those two she's probably the best DPS dragon in Light, but my philosophy is that you should only ever spend resources to get the best, and she's not that.

Final Verdict: No. The Spirals were lacking, so don't pull here.

We seem to be moving in the direction of new Spirals being rather lackluster, and new Adventurers being released being better options. It's a bit disappointing that some old favorites got shafted so hard, but it's also what I expected to happen as Gatchas make their money on getting people to spend on new Adventurers, not on buffing older ones.