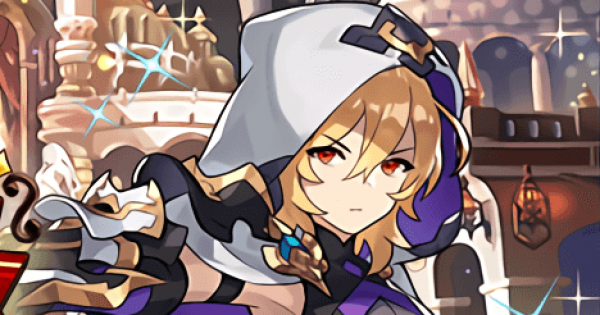 Should You Summon: Galex-y Edition

It’s time for another Gala Dragalia! Looks like Alex has traded in her black duds for some white ones. Maybe her intentions are pure, but I keep getting weird vibes when she’s with Elisanne. Oh well, that’s no reason not to celebrate!

Sapphires in the Rough

The Queen is dead! Long live the Queen!

Well OK, things might not be that dramatic, but it does appear that at long last someone is going to seriously challenge Gala Cleo for her throne of dominance in the Shadow roster (and the Dragalia Meta in general). Realistically, while Gala Alex is going to do a LOT more damage than Gala Cleo on paper in a vacuum, what has and does make Gleo so good isn’t her own personal DPS, but the fact that you can stack three or four of her and their buffs combined produce an insane amount of damage together. Gleo is not getting pushed out of the meta by Gala Alex, but the fact is that if you’re using one or two Galex’s with Gleos the numbers are frankly ridiculous.

But this is mostly a review of Gala Alex, and I’m going to go ahead and say yes you should pull right up front. Galas are typically the absolute best banners to pull on thanks to their increased rates, and Gala Alex’s insane damage potential is just icing on that cake.

There are a few things that make Gala Alex so very, very good. The primary one is that she is both a perfect poison enabler and a perfect poisoned punisher. Her S2 inflicts Poison, while both her S1 and S2 deal bonus damage to poisoned foes. She also drops a foe's defense on her S1, and dispelles buffs from her enemy with both skills during a skill chain. The rest of her skills are approximately the length of most Doctoral Theses, but to sum up, they deal more damage if the foe's defense is down, if they’re poisoned, and if the foe is in a break state, if they are used during a skill chain.

Basically to deal optimal damage, you want your foe to be poisoned, and you want to maintain a defense down debuff on them. Her skills are unique in that they share a single skill gage, but that skill gage can hold up to three charges. Once you use a charge, you have a short window to gain all the various benefits during the skill chain. The optimal way to do this seems to be to store up your skills, then use them to maintain Poison and the Defense Down debuff, then prioritise swapping skills to continue the skill chain if they are in break state, or continue using the same skill to continue the chain if not.

If that seems overly complicated and confusing, that’s because it is. What it does lead to is absolutely monstrous damage potential for Galex. The dust is still settling on the meta, but it’s safe to say that Galex is going to be even more desired than Neferia, thanks to her ability to poison, dispel, and put out even better numbers. That’s not to say that Neferia will be useless, but Galex is definitely going to be a new feature of the meta.

Verdict: Yes. Gala Alex is very much worth getting.

Alex might be really close with Elisanne, but don’t forget about all our other Gala All Stars!

Currently, there are Platinum Showcases going on for the other Gala Adventurers, and they’re in the pool with everyone else, so we’ll go over them quickly.

If you’re going to do a single Platinum Summon, the first one is definitely the better option. Not only does it contain Gala Cleo, who is still an amazing Adventurer, but it also has Gala Luca who is a premier Light DPS choice. Gala Sarisse has gotten better with her Chain Co-Ability, but she’s still not amazing due to the prevalence of Xania and Burn comps. Ranzel is still pretty bad, and while his chain ability is OK it isn’t worth grabbing him for. Still, having Gleo and Gluca make this the better of the two, since though Gleo might not still be queen, she’s definitely a powerhouse.

The second banner has Gala Elisanne, Prince, and Mym. Elisanne and the Prince are both great buffers, though Elisanne is fading out of her meta thanks to the arrival of the Pipple Problem she’s still solid. The Prince is also getting squeezed out by ever more powerful Light Adventurers and the reduced need for his buffs to survive Zodiark’s blast thanks to chain Co-Abilities allowing anyone to easily make a setup that lets them survive, though he’s still good enough for end game. Mym did get a significant buff with her Dragon Claws chain ability and the new dragon haste allowing her to quickly get into dragon form and then get a massive powerup, but it remains to be seen if that's enough to finally make her meta.

Both Platinum banners are definitely worth pulling on if you need any of their respective Adventurers, though keep in mind that this requires you spend for Diamantium and that you could get any of the featured Adventurers, so the value goes down sharply if you already have several. Still, the odds are better than in the normal pool, or in any pool really, as even if you only have a 25% chance of getting the Gala exclusive you desire that’s far better than summoning alway blindly.

Verdict: If you’re going to spend the Platinum Banners are some of the better options, though obviously if you have all their featured Adventurer’s they’re fairly useless. As for chasing them in the general pool, don’t bother. The rates are far too low to be worth the investment.

Final Verdict: Yes, this is a great banner.

Gala Alex is one of the hottest releases to date, and this banner is the best time to get her. There are several banners of note in the future, including a re-run of the Fire Emblem Colab. If you're interested in that, you might want to keep some reserves, otherwise this is a good time to use up your wyrmite and tickets thanks to the increased rates.