Should You Summon? Gala Dragalia 3 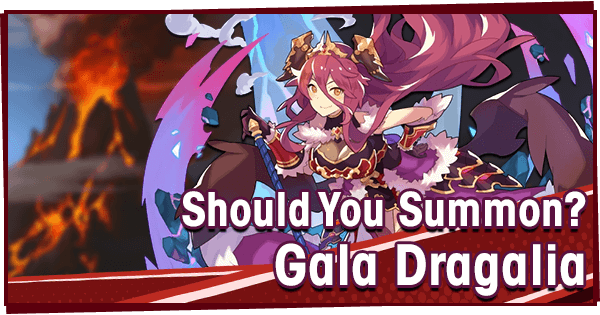 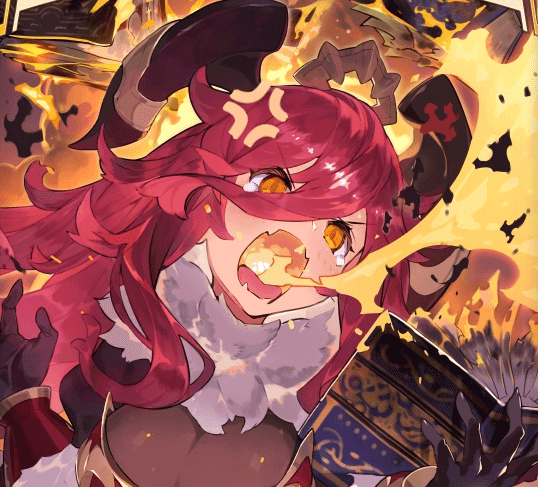 Hey everyone, it’s time for another Gala Dragalia, and- SWEET SASSY MOLASSY! Mym, don’t transform behind me like that!

♫Darling♫ It’s so good of you to be doing these summoning tutorials, but don’t you think you should call in an expert for this particular one?

I mean, I am an expert, and I usually do these, and aren’t you the one who’s- GAH!

Excellent, excellent, so good of you to let me take over! Now dearies, it’s time for you to learn how to summon a REAL Adventurer! And by that, I mean myself of course.

Now, everyone will tell you that the previous Gala Adventurers are very strong, excellent choices for High Dragons, blah blah blah. But have you SEEN me? Darling, I am a High Dragon! The verdict, is naturally, that you should absolutely summon for me. But let’s get down to brass tacks, shall we? 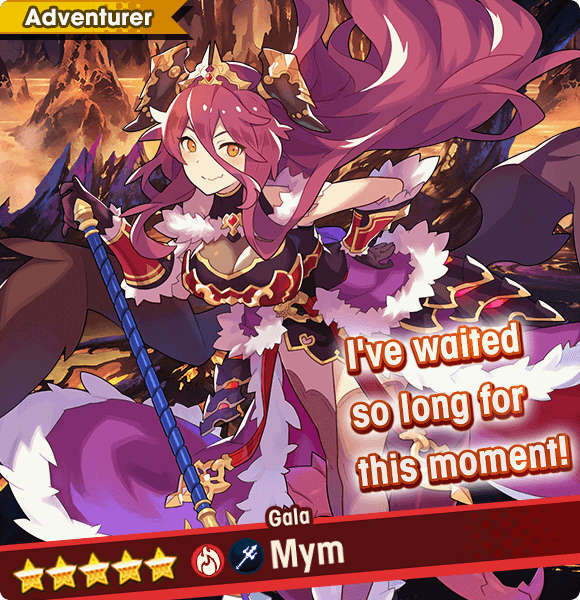 Long awaited by her fans and beloved darling prince, Mym crashes onto the scene and transforms into a type of Adventurer we really haven’t seen before: One who is focused on spending as much time shapeshifted in dragon form as possible. Mym's Abilities are all focused around either filling her own personal dragon gauge or becoming more powerful when she does transform. She is absolutely worth summoning for, and Galas are excellent banners in general, with this one being better than ever thanks to the lack of Wyrmprints.

Mym’s S1, Dragon Claw, fills her dragon gauge by a small amount each time it connects, leading her to transform early and often. This feeds into her first passive Ability, Flamewyrm’s Nature. This gives her a huge 15% strength boost after her first transformation, which will always be into Brunhilda, no matter what dragon Mym has equipped. Her second transformation onwards will be into High Brunhilda, and give her a 15% attack rate increase while transformed. This is all further improved by her passive Dragon Time II, which increases her shapeshifted time by 20%.

On top of all that, Mym boasts full immunity to both Stun and Burn. Even better, when hit by an attack that could Stun, Mym’s Dragon Claw skill gets 50% of its gauge filled, though this effect cannot occur more than once every 15 seconds. She also has a basic line damage ability in her S2, further augmenting her aggressive playstyle.

Oh, but enough about me, let’s talk about me! You see darling, I’m the only focus Adventurer for this little Gala, so naturally if you summon on this banner, it should be to target me! I am, but of course, one of the most powerful Adventurers ever released and a huge boost to anyone’s Flame roster! I can beat up on poor old High Midgardsomr with the best of them, but I’m even suitable to take on myself in High Brunhilda form thanks to my Burn resistance!

Isn’t you fighting yourself confusing? How does that even work? I don’t understand…

Don’t think too hard about it, dearie. It’s all just a game, you should really just relax. But anyway! About my fellow bannermates. They’re inferior to me of course, but just in case you wanted to know about them too, I shall elucidate.

Gala Ranzal and Gala Sarisse continue to be two of the best Adventurers to use in their respective elements thanks to their double resistances and powerful kits.

Gala Ranzal is a powerful brawler who isn’t afraid of the front lines, hits like a truck, and has a unique gauge mechanic that can be used to boost his defenses or soup up his S1 to hit hard. He’s especially good as a sword Adventurer at quickly breaking bosses in overdrive with his powerful Force Strikes. G!Ranzal is suitable for all Water content, from Water IO to High Mercury, and has proven to be a solid choice every time.

While Bow users have a reputation for being somewhat lackluster, Gala Sarisse defies that stereotype and proves to have powerful buffs and DPS. Her kit is focused around spreading around buffs to boost her S1’s power, and her ranged attacks make her perfect for getting in the right position to bait attacks. Sarisse is great in High Midgardsormr and Wind IO, however she comes with the caveat that she’s not quite optimal for Void Zephyr due to a lack of Dull Res Fire Bow, but she’s still a powerful choice there.

However, don't chase Ranzal or Sarisse. They're at the same rate as all other 5☆ Adventurers and Dragons at only .108%. Mym on the other hand is boosted to .5%, so can be fairly easily chased.

Why, naturally you should summon! Not only are Galas the best banners around, but this is the first one to feature moi, and also has gotten rid of all those dreadful Wyrmprints. So go! Summon away! I look forward to joining you on your adventures, darling. Do make sure my quarters are close to the Prince's. We shall be spending a great deal of... time... together.