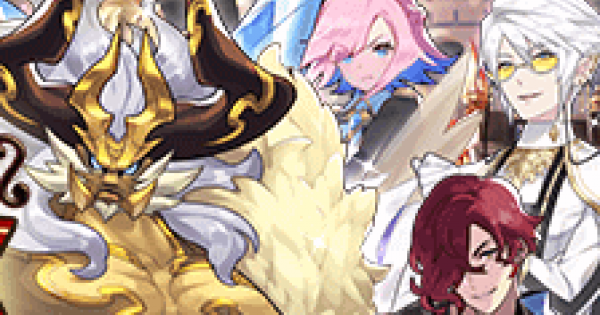 I don't even know what I expect anymore. Here, I was hoping we'd get an MCU crossover, but it's just some dumb dragon. I mean, he's kinda hunky, but did you see Thor in Endgame? Eating chips and playing games all day is my jam, man! I bet Thor doesn't even mind a girl who's put on a few pound from binge watching Netflix and baking sourdough for the past six months.

Oh no, not for any reason, I just really like watching TV and eating. You have no idea how hard it was to get a decent connection in the halidom.

Dark is the New Light

Look, up in the sky! Is it a bird? Is it a bunny? I don't know, but Pinon's a water archer and if she's got an inferiority complex it should be because she's not a pirate.

Pinon is an interesting Adventurer. She has a cool kit that focuses on not taking a hit so she can keep her Soul Benediction buff up, as well as lasting long enough in battle either by shapeshifting, using Force Strikes, or though lasting long enough for her sigil to wear off to activate a pretty fun super mode.

Too bad all of that is completely irrelevant. There are a few problems. First, the Twins spam unavoidable purps that are going to knock you out of Soul Benediction.  Ayaha and Otoha do this often enough that it’s something of a challenge to keep Soul Benediction charged, especially if you’re in a high DPS group. Next, Pinon really doesn’t want to just spam Force Strikes. She’s not Hunter Sarisse, and the rest of her kit seems to favor auto attacking and spamming her S1, not just lining up endless Force Strike shots. In the messing around I’ve done, I did a lot more damage when I was tap tap tapping instead of Force Striking.

And then there is the real issue. The Twins are utterly and completely dominated by cheese comps, and Pinon doesn't fit in those. She can absolutely clear the fight, and she has excellent DPS, especially if you manage to get rid of her sigil. But she can’t cheese it in under a minute like Karina or Mitsuba or even Summer Celliera can (let’s not talk about Marth and Shadow).

The real issue here is her Gabriel's Covenant ability and the Locked Sigil. It takes 300 seconds to unlock the sigil if you just stand around, but you can reduce this by 13 seconds from a charged Force Strike. But no matter how you slice it, that’s just too long. It’s a fun concept and in longer maps would really be solid, but unless Master Twins takes absolutely forever to clear, it’s not going to be all that relevant and without it, Pinon’s kit just doesn’t stack up.

So I really can’t advise you to pursue Pinon, at least not right at this moment in time. She’s good, but you’re going to struggle to find groups, and honestly Karina is pretty easy to acquire and is more than worth the investment to get her prepped for Agito. The one caveat is that this is a Gala Banner, so you could pick a worse time to pull.

Verdict: A tepid maybe. Pinion is good, but her ramp up playstyle just can’t compete with double buff spam.

Ha! I see what's going on here! Let me just rip off the mask, and we'll show everyone it's really Delphi hiding under there!

I AM SO SORRY. Look, I just, I really did think you were Delphi trying to break back into the meta! Please don't tell anyone I tried to rip your face off!

Just like Pinon, Nevin has some really interesting ideas. Also like Pinon, they’re pretty worthless in current content. The sticking point is this: he has no Dispel, and those are really, really vital in Master Kai. That’s not to say you CAN’T run Nevin there, but the fact is Bellina utterly dominates that fight, and if I’m going to run a Shadow Dagger, it’s going to be her. Even Vice has a hard time keeping up. Plus, if I’m going to run a non-dispel DPS, it really should be Gala Cleo, who has even better support than Nevin. That’s really too bad, because Nevil would go great alongside Gala Cleo to a ludicrous level.

But let’s touch on Nevin’s actual kit. His S1 create’s a buff zone for Shadow (because Shadow needed more buffs) that increases Strength by 25% and reduces Light Damage by 20%. That’s frankly nuts. Well, it would be, if Patia didn’t already do that and not require you to stand in a buff zone for it. Granted, Nevin’s skill charges faster, but Patia’s also triggers Double Buff skills making her even more ludicrous. Things are not looking good for Nevin.

Next is Nevil’s S2, which when his sigil is unlocked, hits incredibly hard, especially if you have enough buff zones hanging around. Just one slight problem, unlocking his sigil takes way too long. Three hundred seconds is an absolute eternity, and most maps are cleared by then with experienced players in your party. True, if you take the new dragon Ramiel Nevil can instantly shapeshift and really reduce the time, but then you’re not taking a much better dragon like Azazel to increase your buff uptime or Cat Sith to make your DPS cause the entire Light Element to go cry in a corner until Thor can comfort it. Once more, this is not what Nevil wanted to hear.

In the end, Nevin has some cool ideas, but there are just other options in Shadow who do what he’s trying to do so much better without having to jump through any hoops to get there. You should honestly just invest in Patia, who is such a busted support that she’s meta in two agitos. And I don’t see Nevin able to compete with her, especially not since she’s an easily obtainable 4★.

Verdict: Once more, tepid maybe. Nevin is cool, and this is a Gala Banner, but I would not chase him and view him as a neat bonus toy to mess around with. Double buff spam claims another victim.

HE COMES FROM THE LAND OF THE ICE AND SNOW WITH THE MIDNIGHT SUN WHERE THE HOTSPRINGS FLOW.

Thor is a Gala Dragon.

OK, OK, I’ll go more in depth. Thor is another really interesting spin on dragons, and just so happens to be a bonkers broken one. He’s not so far ahead of the rest of the Light Dragons for various reasons, mostly that Cupid’s heal is still great, and Daikokuten is actually not that far behind Thor (especially if you haven’t maxed out your Light Dracolith, and be honest, you haven’t). And of course, Pop Star Siren has unparalleled utility for support Adventurers.

Still, Thor is unquestionably THE Light DPS dragon of choice for just about everyone, and is very, very powerful. He’s got ludicrous damage mods in his Dragon form, his provided boost really works well with a lot of the energy kits in Light, and even for those who don’t have one, Energizing you and your team is pretty helpful.

So, should you pull for Thor? I would say yes, but, if you’ve checked the Tartarus Meta, the Dragon you want for that is Cat Sith or Shinobi. So...maybe? The thing is, I have a feeling future Light Adventurers are going to be balanced around Thor, and it’s almost guaranteed that at some point, Light will be a viable element. At least we can all hope that’s the case.

Verdict: Yes. Questionable meta for Tartarus aside, Thor is the best Light Dragon, even if not by as wide a margin is Mars or Cat Sith are in their elements.

Marishiten is currently crying to herself in the corner while Sakuya comforts her. I hope you're happy, Ramiel. It was hard enough when the Year of the Boar was over.

So, I imagine that somehow, the instant Dragon charge is viable for some strat somewhere. It does let you skip HJP's opening blast, but so does Hawk and a number of other Adventurers, and High Jupiter is basically a loot pinata that drops orbs for construction projects at this point. Here's the thing though: Even that really isn't as good as Cat Sith is. Or Shinobi. So honestly, I don't really see the need to acquire Ramiel. You're better off using a stronger dragon and stacking Dragon Prep prints if that's somehow relevant for you.

Verdict: No. Despite being strictly better than Marishiten in a way that triggers my MTG instincts, Ramiel is more of a Dead Weight compared to a Weakness than a Lightning Bolt compared to a Shock.

This is a Gala Banner. Thor is limited to Galas, everyone else is not.

Final Verdict: Maybe. If you really want Thor, go for it. Otherwise you can afford to wait.

Honestly, Thor is the only thing really worth getting here. That's fine, and you can certainly go in for him and view the others as neat bonuses, but he's not so much stronger than other Light Dragon's he turns into a complete must have like Mars or Cat Sith. Plus, Anniversary is soon, it's not the worst idea in the world to save up.