Should You Summon: Gala Zena Edition 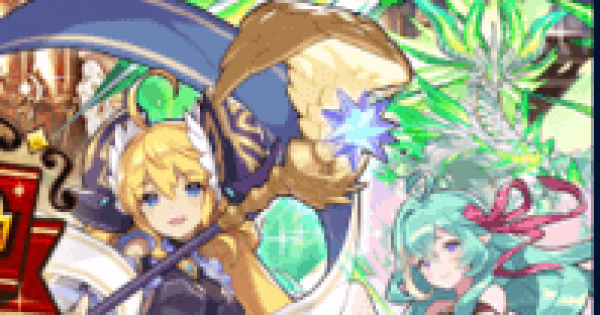 You know, I thought I'd be a lot more excited about Zethia being back, but frankly this alternate timeline clones thing just as me confused.

Instead, CHECK OUT THIS, THEY SOLD ME A GUN!

For a given value of Zethia

I am infinitely disappointed Zena didn't take the opportunity to pick up some uzi's or something while she's time traveling. She might be a healer, but firepower is forever!

First of all, don't summon unless you're getting 300 wyrmsigils to spark. We clear on that? OK.

Zena is, in fact the Healer we need not the healer we deserve. She buffs, she heals, and she hits like a mack truck. First, her S1, which thanks to staff SP gains charges pretty fast, heals just fine, but it also ALSO grants a 15% Strength buff that lasts 60 seconds. The only possible downside is that this won't stack, because otherwise it would be simply ludicrous.  She also drops a buff zone you can run into to receive some healing over time, which is pretty useful in some circumstances and worthless in others, depending on how you have to spread out.

Her S2 hits decently hard, but it also increases force strike charge rate by 30% and oh boy, let’s talk about Zena’s Force Strikes. She’s got the passive Hallowed Auspex which grants her a unique Force Strike after filling the “auspex gage” which you fill by using your skills. You can charge it up five times, and when you do, you can reach a 1000% multiplier. Yes, that’s right, 1000%. Now, it doesn’t burn through Overdrive completely as it loses the multiplier, but it does deal a huge amount of damage and provide quite a bit of SP. Speaking of damage…

Zena also has the Auspex’s Prayer passive, which means her bonus HP from dragons and wyrmprints increases her strength. It gives her a bigger bonus if she’s at full health, with the bonus basically disappearing when she’s at low health, but this is frankly what healers needed to be competitive damage wise. It lets her take an HP dragon like Jeanne or Tie Shan and still deal fantastic damage. I can’t promise you wouldn’t rather have Thor or something for pure damage, but it allows you to still do pretty great damage even if you're simply focusing on support.

So, is Zena worth getting? I mean, yes, she is, but the reality is that Expert Tartarus is perfectly doable without her. She could make runs smoother, but in the end I can’t predict if she will become meta or not as things are still very much in flux. When Master Tartarus comes out things will be clearer, but that’s not for a long time. I’m going to go ahead and given Zena a yes just because she’s so powerful and unique, but it’s hard to say what her long term forecast will be after what amounts to a complete overhaul of the game.

Verdict: Yes. Zena is the damaged focused Healer the quad DPS meta has been crying out for.

Slow your roll there, missy. There's only room for ONE cute fairy sidekick in this town! Pheony doesn't count, she's plus sized.

Meene has been measured, and not found wanting. Though her kingdom seems to have been taken from her, I have a feeling she’ll be just fine.  Meene is, to all appearances, the new top dog in Wind DPS. This is somewhat open to interpretation however, as the old data I have on wind DPS is questionable at best and basically everyone is still trying to figure out the proper builds for everyone anyway. Still, Meene has a very solid kit and can put out some monster numbers.

First, Meene is pretty unique in that instead of her attacks dealing damage themselves, they summon butterflies that harass the target and deal damage. This functionally works out to the same thing, though her damage is less front loaded. The butterflies also provide her skills with additional benefits, and they are strong enough that you very much want to make sure you keep enough butterflies up at all times, which works out to six or more.

Meene’s S1 always will reduce enemy strength by 20%, a not insubstantial amount, and if you have six or more butterflies, it also drops Defense by 10%. It also hits decently hard, especially if you have a bunch of butterflies up, as you can get up to 10 additional hits which make it pretty powerful. The Defense Down is rather valuable though, as it’s essentially 10% more damage for your entire team if you can keep it up. Her S2 can hit even harder, and is an AoE to boot, with more little hits wherever her butterflies are at. And, if you have at least 6 of the buggers up, she poisons as well.

The last thing Meene does is grant a 20% lifeshield at the start of quests, much like Pheony does. This is fantastic, and combined with everything else she does, makes Meene solid. As a nice bonus, her Chain co-ab is Combo Time, which is generally useful.

All in all, Meene is solid, though I would spark Zena before her, as Meene is going into the permanent pool and there’s no real hurry in snagging her. Plus, she can be dream summoned in the future, which is always something to consider if you’re willing to spend.

Verdict: Yes, but at a lower priority than Zena, as she will be eternally available.

Wait, if this is Middy Zero, why's he so much stronger? Is this one of those math things my teacher told me would make Calculus relevant but mostly just gave me a headache? I should have studied harder in fairy school...

Midgardsormr Zero is the new best Wind Dragon, and by a lot. If all he had was that ability that lowered an enemies resistance to wind by 10% for the rest of the quest, he's STILL be a must have. The rest of his kit is just gravy. He gives 35% Strength AND 35% HP, plus 70% Skill damage if your combo count is 15 or higher. That's pretty easy to maintain, so it's basically a gimmie. Compare this to Vayu, who gives 20% Strength and 90% Skill Damage. In some situations, Vayu would be better, BUT OH WAIT, Midgardsormr Zero lowers enemies resistance by 10% for the rest of the quest, which seriously juices up not just his numbers, but your entire team. Not to mention he makes you a lot tankier.

If you're having to choose who to spark, I would honestly go with Midgard over the others, as having extra copies of a dragon is always great. That said, look at your own roster and choose.

Verdict: Yes. I don't know that this is on the level of a Gala Dragon, but if they somehow make Wind's Gala dragon better they will be completely busted.

This is a great banner, even better than the last if you're not looking to spark another gala. In rough order of summoning, I'd probably say get Zero first, then Zena, then Meene, but choose based on your own roster and needs. All of them are great, and hopefully by the time you get to 300 summons you've had your choices narrowed down enough to make your pick easier.