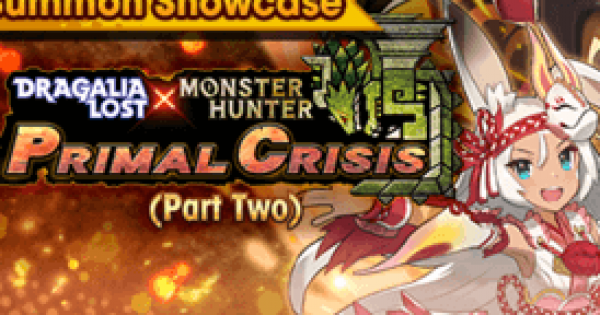 Should You Summon: More Monsters!

We're goin' on a Monster Hunt
We're gonna catch a big one
I'm not scared
What a beautiful day! 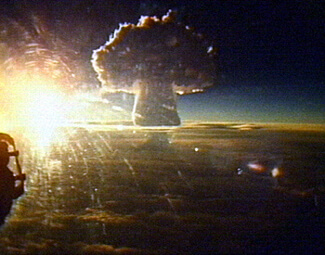 Bows!
Huh!
What are they good for?
Force Strikes, that's what!
Bows!

Ring-a-ling! Lily’s dead! Or at least, dethroned. Hunter Sarisse has everything she needs to take the spot as the new number 1 DPS of choice for High Brunhilda, and for Water DPS for the foreseeable future.

Since the inception of High Brunhilda, Lily has been the go-to DPS choice for groups. Back in the early days, it was because she actually had some of the highest DPS numbers in the game. Lily held on to the title for over a year, not because her DPS remained competitive, but because Water simply had no other options. Well now we have Hunter Sarisse, who has an optimized kit, especially when considering how powerful bow print options are.

Like the previous two hunters, Hunter Sarisse is all about those Force Strikes. Unlike the other two, she’s a ranged bow, which makes positioning while you charge a Force Strike far easier, and additionally, she can move about while charging her Force Strike. You will have to take a bit to get used to this, as keeping her on target while you’re moving can be a bit tricky, but it’s fairly easy to get used to and intuitive once you’ve practiced a bit. Unlike normal bow Force Strikes, this one is a line shot instead of a ranged AOE zone, which in some ways makes it easier to use and in others makes it a bit harder, you’ll just have to practice with it to get the feel.

But, on to how good those Force Strikes are, and they are a doozy. First, Sarisse has two passives that increase her Force Strike Damage, Bow Expertise increasing it by 30% and Force Strike Damage and charge that increases damage by another 25% and increases charge rate by 20%. There’s more though. Her Skill 1 also increases the next Force Strike’s damage by 100% and her Skill 2 increases charge rate by 30%. Neither of those skills stack with themselves, but as you can see Sarisse is going to be rapidly popping off incredibly powerful Force Strikes. Oh, and those Force Strikes reduce the boss’s Strength by 15%, which makes surviving opening blasts a breeze. That combined with her mobility and the fact that she can charge Force Strikes up to four levels makes her an absolute machine at reducing Overdrive bars to Break in no time flat.

The rest of Sarisse’s Skill 1 is a respectable two hits, the first dealing 95% damage but the second dealing 950% damage for a nice 1045% damage, though it’s SP cost is at about 3900 which is a bit high, though obviously the main draw is the ability to further increase Force Strike Potency. Her S2 costs a whopping 10,000 SP, but since you can opt to use the Forest Bond’s print, that’s not as much of an issue as you get 10% Striking Haste, rapidly filling even your slow charging skills.

All this, and Hunter Sarisse even has Burn Res. That makes her an absolute shoe-in to summon for. She’s easily the best Water ranged DPS we’ve ever received, and is certain to be a staple in HBH from at least now until Lily gets a Mana Spiral.

Verdict: Yes. Hunter Sarisse is a powerful Adventurer in an element that’s been desperate for a good ranged DPS for a long time.

Student Maribelle’s history is an unfortunate one. She was almost always outshone by Gala Sarisse, who released long before she did, then along came Chelsea, and then the final nail in the coffin, Mana Spiral Xania. There just isn’t anything to recommend S!Maribelle over those other options, especially not since Xania is a 3★ Adventure that is very easy to obtain, though her Mana Spiral is incredibly expensive for newer players to invest in.

That is, incidentally, the limit of who should be interested in Student Maribelle: Newer players without the resources to invest in and promote Xania and need a quick power boost from a 5★’s naturally high stats. Even then though, I wouldn’t dump in enough eldwater and Champion’s prints to 50MC Student Maribelle, as those resources would be far better spent on Xania, who is at the top of her game and the top of the Meta right now.

S!Maribelle’s kit is pretty lackluster, with Full HP Skill Damage, Broken Punisher, two damaging skills, and her only real contribution to the team being a 5% Defense Down on her Skill 1. She’s fragile, easily surpassed, and doesn’t contribute much to a team.

Verdict: No. With an easily obtained Xania outperforming Student Maribelle at all levels, you can’t justify the amount of wyrmite and tickets you could spend pulling for her.

Don't need wyrmite, don't take fame
Don't need no credit card to ride this train
It's strong and it's sudden and it's cruel sometimes
But it might just save your life
That's the power of love

Serena is a perfectly serviceable 4★ Flame Sword who would be a decent pickup if it weren’t for the fact that Euden is free and thanks to his Mana Spiral far more effective and powerful. Serena’s crit based kit and playstyle can be fun, but she just can’t hold a candle to the newly empowered Flame Adventurers who have a Mana Spiral, especially not compared to Euden who has both Dispel and Burn in his kit.

Verdict: No. Euden is free, has the same weapon type and resistance, and is stronger and more versatile thanks to his Mana Spiral.

Long derided for his lackluster kit, Thaniel had a deathgrip on the meta for nearly a year thanks to being the only Burn Resistant healer for High Brunhilda. The arrival of Jiang Ziya has blown Thaniel out of the proverbial water and relegated him to the brig for the most part. He hasn’t lost the ability to heal High Brunhilda, but his kit is so poor that he could only ever barely handle that fight and was out of his depth in all others. Now it’s nearly impossible to justify investing in him since there is not only a better option, but he’s just not great in the first place.

Verdict: Maybe. Despite his poor kit and narrow niche, if you need to clear HBH he can still get the job done, though be warned most groups would really rather find a Jiang Ziya.

Now I'm the king of the Dragons, oh
The Halidom VIP
I've reached the top and had to stop
Cause HMS ain't botherin' me
I wanna be your dragon, prince
And stroll right into town
And be just like the other dragons
I'm tired of monkeyin' around!

Just looking at Dreadking Rathalos’ text box gives me flashbacks to Fire Emblem Heroes preferred weapons, and for good reason. The Dreadking is an absolute monster of a 2nd Generation dragon, offering a total bonus of 55% Strength, 60% Force Strike Damage, and 20% Striking Haste. For a large number of Flame Adventurers, particularly Swords and Bows, Dreadking is the new top dragon, and is competitive for a large number of other Adventurers. Some will still prefer Sakuya, Apollo, or Arctos, but make no mistake, the new King of Flame Dragons is here.

What the Dreadking will certainly do is usurp Cerberus (and also Agni’s) longtime place as the best generalist Flame Dragon. While he does have 5% less of a strength bonus, that 60% Force Strike and 20% Striking haste is so much better that it completely eclipses the old dragons in every way.

There is the supposed “drawback” that the Dreadking has 30% Gage Inhibitor, suggesting that somehow, you’ll have a harder time breaking the Overdrive bar. This is laughable if you ever have a chance to test out the Dreadking. The huge buff to Force Strikes means that Overdrive bars simply melt, and it’s barely at all noticeable that there is any downside. Plus, it might even be a slight bonus, as there have been fights where gage inhibitor was helpful.

The Verdict: Yes. Dreadking Rathalos is everything you want in a 2nd Generation Dragon and is the new top generalist pick for Flame Dragons.

Kidding aside, Leviathan’s dominance in the Water meta may be drawing to a close with the release of 2nd Generation Dragons, but it’s a title this water serpent well deserved. Levi’s powerful attack multipliers, excellent 60% Strength bonus, and ability to inflict bog have served many an Adventurer well over the games lifespan. While dragons like DY!Jeane and Siren have claimed niche spots in the meta, Leviathan still rules over the waves as the best generalist Water DPS Dragon.

Just don’t expect him to hold that title for much longer.

Verdict: Yes. Though he’s sure to be powercrept soon, Leviathan remains an excellent dragon to invest in for clearing difficult content.

!!This is a limited banner!! While Student Maribelle and Leviathan are not limited, Hunter Sarisse and Dreadking Rathalos are Limited and will disappear into the vault for an unknown time after this banner ends.

Final Verdict: Yes. This is the Monster Hunter Banner to summon on.

With the very excellent Hunter Sarisse being joined by one of the best dragons we’ve ever seen in Dreadking Rathalos, this is an easy banner to recommend. Student Maribelle is an unfortunate pity breaker, but at least Leviathan is a great pickup even as he grows long in the tooth. While the other Monster Hunter banner had some decent offerings, they proved to be nothing but bait for what turned out to be the superior second course.