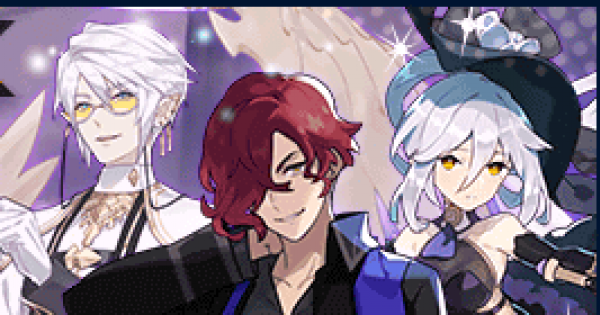 Disclaimer: The opinions below are written by GamePress and do not actually reflect Nintendo, Cygames, or the fairy Notte's and Mym's opinions... probably. If they somehow do, it's merely coincidental!

Oof, too many cookies. What's the next banner? Shadow focus?

I think I have room for ice cream.

This just in: This is bait

There's a lot of different kinds of ice cream, but my absolute FAVORITE is cake batter ice cream. Especially if you put in sprinkles and fudge swirls, and serve it in a waffle cone! Don't tell anyone, but we DESPERATELY need a Cold Stone Creamery or something in the Halidom. I'd even settle for a Dairy Queen.

There are a few things that make this better than the Light Elemental focus. Well, namely, there are three Adventurers and a couple of dragons. For the Adventurers, they are in rough order of desirability, Grace, Bellina, and Patia. Not Summer Patia, regular Patia. Yes, she’s only a 4★, but she’s used in multiple end game quests, most specifically Master Kai Yan and Expert Tartarus. Bellina is just the queen of Master Kai Yan, and Grace is exceptionally useful across a myriad of content, especially if you want to auto end game stuff.

Aside from those there, there are a few other notable Adventurers. Delphi continues to be phenomenal as a support and can enable a lot of cheese shenanigans. Curren’s shared skill is one of the best DPS increasers for a team, and he’s worth getting and investing in just for that if you like to min-max. Vice is a 3★, but if you want a relatively budget Shadow pick his DPS is incredible and he’s very much worth investing in.

All that said, there are exactly two reasons to pull on this banner: First, you are brand new, and have practically no viable Shadow Adventurers, and would happily take any of the ones I just mentioned. The second is if you are chasing specifically Grace or Bellina (or another 5★) and are willing to drop the cash for a Platinum Summon. You have roughly a 8% chance of getting a specific 5★ Adventurer on a Platinum Summon. Those are still not great odds, but they’re good enough that it might be worth a gamble. If you’re not going to try the Platinum Summon and are chasing one or two specific 5★s, I would not chase here. The odds are frankly so low that it’s not worth it, as nothing is specifically on rate up. Wait either for a Dream Summon or an actual rate up.

Once again, I'd likely change my rating if limited Adventurers like Gala Alex or Gala Cleo were included, but they're not, so I'm still giving this a No.

Verdict: No. Unless you are brand new or trying the Platinum Summon, individual rates are so low that chasing anyone in particular is ill advised.

Hey, just thought I'd leave this here, my favorite recipe for home made ice cream! Summer's winding down, but as I always say, Ice Cream is an ALL THE TIME food! I even made sure it was chocolate to go with the Dark theme. Don't know why I bother sometimes though.

In chilled mixing bowl, combine sugar and cocoa until evenly mixed. Stir in milk and cream. Either place into ice cream maker with ice mixed with rock salt on the outside, or mix by hand with bowl immersed in said mixture for 30 minutes, or until mostly frozen. Seal in airtight vessel, freeze for at least 2 hours before serving. Optionally, you can mix in ground up cookies or chocolate chips for extra goodness!

Out of the available dragons, the two worth talking about are Shinobi and Azazel. Shinobi is still a solid dragon, and in certain circumstances (mostly very long maps) is better than Cat Sith. Azazel is Grace and Patia's best buddy, and if you're running them is invaluable.

Fact is though, the Dragon you want in Shadow is Cat Sith. She is so disgustingly good that no other dragon even comes close in outputting the numbers she can. Only other Gala Dragons come close, and the only reason Cat Sith doesn't just laugh at them is that technically, it's possible to run out of charges. This does happen, especially in Master Kai Yan, but limited and Gala Dragons are just so out of control I don't recommend you summon outside of those circumstances anymore.

Verdict: No. While Shinobi is still good and Azazel is a great dragon, the fact is Gala Cat Sith is the real dragon to chase and she's not here.

Only Shadow Adventurers and Dragons in the pool. All others are unavailable.

Only Light units in the pool.

Final Verdict: Chocolate is objectively better than vanilla. There, I said it. Come at me, bro.

I don't even know why this is a discussion. Chocolate has been the meta since 1847 when the candy bar was invented, and it's not changing anytime soon. Sure, you can combo it with other flavors, but the fact is that chocolate will remain BIS for the foreseeable future. Sometimes it's OK to try other stuff, but we all know we'll come crawling back to chocolate eventually.

And the same holds true for Shadow. You can try to rebalance the game, but we all know that Queen Gleo shall emerge from the ashes of the meta, triumphant with her co-queen Gala Alex, ready to reign over the meta and make the inferior elements rue the day they were not born as Shadow. The Beast Cat Sith shall run wild, and all bosses shall die in a fire of Umbral Erasure and ANCIENT RAY!

But they're not on the banner, so save for Anniversary.