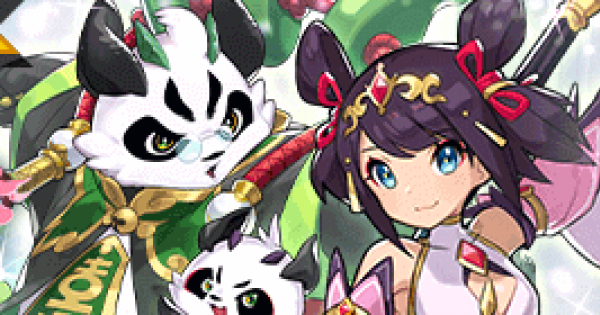 Should You Summon? Spring Time Spree

Spring is here, oh spring is here, life is skittles, and life is dear! I think the loveliest time of the year is the spring, don’t you? Course ya do! But there’s one thing that makes spring complete for me, and makes every summoning a treat for me! All the world seems in tune on a spring afternoon when we’re POISONING dragons in the park! It just takes a smigin! To poison the dragons in the park!

We’ve gained notoriety in the Illian Church with Hawk’s games. They call it impiety and lack of propriety and quite a variety of unpleasant names! But it’s not against any religion, to have Hawk dispose of High Mercury!

Once upon a time, Hawk hung out at the bottom of the tier list with his good buddy Neferia. Both were considered to be the absolute worst 5★s in the entire game, not helped by their lackluster weapon type and kits that revolved around the then terrible bow force strikes and afflictions that most bosses either resisted and/or were simply ineffective. Everyone dismissed both Hawk and Neferia as garbage tier picks and they were doomed to be relegated annoying pity breakers.

And then they both started doing steroids. I mean mana spirals. Neferia has become a fixture in both Expert Kai Yun’s wrath AND in High Jupiter thanks to her bonkers DPS and ability to inflict Poison. And now Hawk has been infused with a spiral and has gone from Joke Tier to S Tier. The only reason that videos of quad Hawk Master High Mercury runs have yet to surface is because Master High Mercury hasn’t been available yet. So instead people made videos of triple Hawk in High Midgardsormr. Now don’t mistake me, I don’t think quad Hawk is (guaranteed) to become meta for High Mercury, but you’re certainly going to see a lot more Hawk’s pop up there. Plus, they’re probably going to bring a Noelle or Tobias with them, so it will just be triple Hawk. I jest. Sort of.

Anyway, the key to the change is that instead of just having a rather derpy combo on stunned enemies, Hawk now both Poisons and Stuns with his S2 (which now shifts between buffing Force Strikes and being a hard hitting line damage attack, both inflict poison and strikes inflict Stun) and his S1 punishes Poisoned foes as well as Stunned foes, with even more damage for foes that are both Poisoned and Stunned. The multipliers on his skills are pretty bonkers too, and Hawk can absolutely shred bosses. If he brings skill prep, he can even cheese opening blasts by stunning the boss, which is just gravy since that means you no longer need to run the HMC print.

Of course the rest of his kit was buffed as well. The really important thing is that Hawk no longer has an HP conditional to inflict Stun, instead getting a flat 50% bonus to inflicting both Stun and Poison. He also got Poison and Stun Punisher, with 30% Poison and 40% Stun. If you get real wacky, those stack if you can inflict the boss with both afflictions. He’s still got Freeze res, but if you’re cheesing the opening blast and play well, you won’t really ever have to worry about getting Bogged in HMC anyway.

Verdict: Yes. Hawk is now a monster and if you don’t have him at the very least you are missing out on the potential for some hilarious cheesy Stun shenanigans.

When Mercury see’s Lin You coming she tries to hide, but she still goes to pieces when hit with some Force Strikes! The sun’s shining bright, everything seems alright when we’re poisoning dragons in the park!

Lin You was initially one of the best picks for HMC, but quickly fell out of favor with the arrival of Wedding Elisanne and Victor. She’s always existed at the edges of the meta, good enough to get clears with a willing group, but not on meta enough to be easily accepted into most PUGs. While she didn’t quite get as buffed as Hawk did, Mana Spiral juice has also done Lin You good.

For the most part, Lin You’s kit is unchanged, which is fine because her Skills were already excellent. They still synergize well and her playstyle is still heavily crit based, but it also focuses on the combo count now. The big shift is that Lin You now cares about getting her combo count to 50 and keeping it there, as this will give her first 20% crit for 25 combo, then another 20% for 50 for a grand total of 40% crit rate, which is none too shabby. Her passive Skill Haste now also extends the combo window by 2 seconds, so that’s nice.

All and all, Lin You isn’t the clear winner from this round of Spirals (that would be Hawk) but she’s still got a massive buff that puts her somewhere north of Victors DPS and around Kirsty’s level if there’s Poison on the boss and Kirsty has full stacks, which is really a good place to be.

Verdict: Maybe. Lin You got a serious buff, but Hawk is just so much better it’s hard to see a scenario where she’s a better option. Still, she’s worth getting and will definitely be able to easily clear current Water content and has good prospects for the future.

We’ll murder them all amid laughter and merriment, except for the few Xiao takes home to experiment!

Neither Xiao Lei or Ku Hai have received mana spirals yet. That means they’re lagging far, far behind in the meta, and aren’t worth pulling for. Seriously. They’re both out DPSed by off element Adventurers with spirals at this point.

A Long-Long time ago, in a Halidom far away, he was a good dragon. And Lin You thought she could talk him into helping us with a little attack. But his place it hasn’t thrilled us, the 2nd Generation’s out to kill us. He ain’t escaped from a hard pass.

Edit: Shortly after this article was posted, the DPS sim was updated. Originally, it showed Vayu, Garland, and even Ariel as being superior to Long-Long. Now that has changed, and Long-Long is the best. I apologize to anyone who was misinformed by the analysis.

Long-Long is still a decent 1st Generation Dragon, and he's optimal once more for Lin-You with the changes to her crit chance her spiral has made. That's still a rather narrow window for Long-Long to be the best choice in,and it's getting harder to recommend you pull for 1st Generation dragons when there are newer ones with wider applicability.

Verdict: Maybe. If you are specifically running Lin-You, Long-Long is the best option. Otherwise, he's outdone by many other choices.

This is a re-run banner. No new Adventurers or Dragons, and none of this is limited.

Final Verdict: Maybe. Hawk is amazing, the others not so much.

Hawk is at the peak of the meta right now, and looks poised to remain that way at least for the foreseeable future. Lin You is also really solid right now, though she’s not going to be meta defining in the way that Hawk certainly will be. However, and this is a big however, Long Long is rapidly fading in value, and Ku Hai isn’t worth much at the moment. As this is purely a rerun banner, I would only summon here if I were desperate for Hawk and were willing to accept Long Long or Lin You as a consolation prize. Even then, you’re better off saving up for the Gala that will arrive shortly.