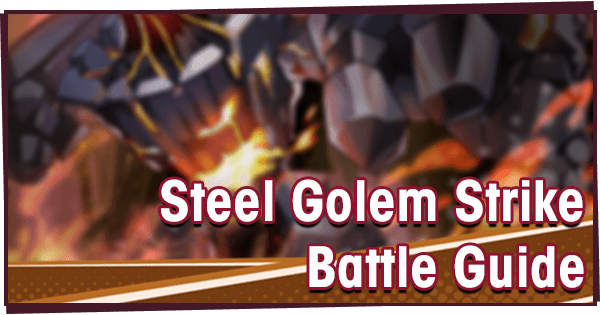 The Steel Golem is a mid-tier Void Battle that punishes aimless attacking with a barrage of blows of its own. Its massive health pool can be intimidating, but the equally massive defense drop granted by knocking it into Break status offsets this somewhat.

Force Strikes are the name of the game here, but getting hit with the Dull affliction can quickly spell disaster without the right Void Weapon.

Steel Golem suits a single healer composition in most cases. Experienced runners can easily handle the fight without a dedicated healer, but solo teams will at least want a Healer helper on hand just in case, or a Freeze helper like Lily to cancel the boss’s single purple marker attack.

Rushing Steel Golem into Break state as quickly as possible is a good tactic here. Heavy hitters and Force Strike powerhouses such as Sword, Wand, and Bow users are great options – all of which have available Dull Res weapons if needed.

Almost any Water adventurer will pull their weight here, but some are more suited to it than others thanks to things like natural Burn Res and ability to inflict Bog and Freeze.

Here’s where some of the subject differences come between Steel Golem and its sibling Obsidian Golem: Dull Res weapon choices differ due to the element change.

Against Steel Golem, the only Water adventurers able to resist the Dull affliction are Bow, Dagger, Lance, and Wand users. This means a typical a meta choice like Xander is only suited to very experienced runners.

On the other hand, the inclusion of Daggers is what allows Orsem a spot on the list. The Dull Res weapon will effectively nullify drawbacks of his otherwise reckless flurry-based playstyle.

There is no specific Void Weapon for healers to use in this battle, but that doesn’t mean they’re useless.

Void weapons here are simply to avoid the catastrophic damage loss that is Dull. Healers aren’t expected to push high damage numbers in the first place, so getting the Dull affliction doesn’t change the game here.

Just equip healers with the best Staff on hand. Don't worry about that little Dull icon appearing from time to time. It won't change much. 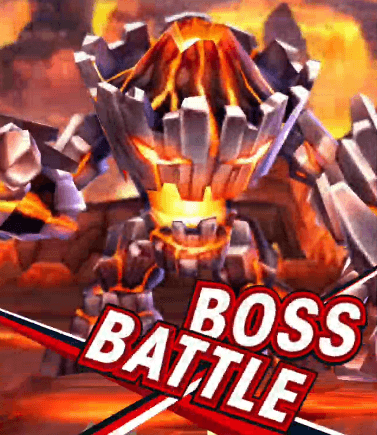 Steel Golem follows a strict attack pattern, and learning it can help avoid any and all Dull afflictions and knock-backs. It shares the same move pool as Obsidian Golem, but the order isn’t the same. Attack names aren’t displayed on-screen, so watch for specific animations instead.

Note that being unable to use a melee attack like Slam or Punch for an extended period (when out of range) will cause Steel Golem to skip to the next ranged attack on the list. This can happen frequently if it's afflicted with Bog or up against a full team of ranged Adventurers.

This attack pattern ends when Steel Golem is knocked into the Overdrive state.

This is Steel Golem’s attack pattern in Overdrive.

Steel Golem always kicks things off with a simple Punch that can inflict Dull right at the start of the fight if taken to the face. Melee Adventurers can roll right through the boss to avoid this, but if the golem can’t Punch a target in time (if out of range), it’ll go straight for its range-appropriate Ripple Slam instead.

This fail-safe can trigger whenever Steel Golem can’t execute a queued melee attack.

As stated before, practically every attack Steel Golem throws at you can be easily avoided with skill dodges or a simple roll. The only purple attack, Chandelier Crash, has pockets of safe spots, too. Healers have it easy with a competent group.

Following the boss’s attempts at a melee attack, it will threaten the team with a quick Rolyploy across the map. Give chase and continue building the Overdrive gauge as melee characters roll through the boss to avoid another Slam.

Shortly after this, Steel Golem readies Axis Earthquake – an attack that covers the length of the arena along the boss’s X and Y positions – by pulling back its arm with no marker and jumping into the air. Ranged can position beforehand, whereas melee will want to iframe with a Skill.

The golem then follows this up with a quick Punch, another Ripple Slam, and a final Axis Earthquake before starting from the top if you’ve yet to knock it into Overdrive.

In Overdrive, Steel Golem only introduces one additional mechanic – Chandelier Crash – but will speed up its skill usage quite a bit.

Slam comes first, but Chandelier Crash will arrive right after and warrant either positioning along the slivers of safe space in the inter-cardinal compass positions or a timely Freeze to cancel it out.

Once the two sets of purple markers have been resolved, Steel Golem covers the arena again with an Axis Earthquake. Watch for the pivot right after as it attempts another Punch.

Then it’s travel time for a Ripple Slam + Rolypoly combo. Break it during the downtime here or prepare for another Chandelier Crash, Axis Earthquake, Rolypoly, Slam, Ripple Slam barrage before everything repeats. 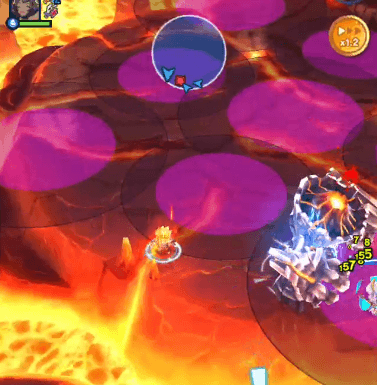 A simple, fast melee jab that inflicts Dull just like any other attack. It’s probably one of the harder attacks to consistently dodge, but you’ll actually only see it two or three times in any given fight. Just roll through the boss at the start if you’re melee and you’ll barely even notice. For ranged, it’s a moot point.

Signaled by Steel Golem joining its fists above its head, this is a fairly fast attack that strikes a wide circle in front of the boss. Rolling is usually enough to dodge it, but using a skill might be necessary to cancel longer attack animations.

Pulling a single arm back for what looks like a charged punch, the single red marker might trick you into thinking this is another regular slam – it isn’t.

Note the much slower filling frontal AOE and get ready to see a couple more beneath your team as the boss jumps up and spins to come crashing down. Think about using iframes for this one.

A full length attack across the boss’s X and Y positions. Watch for the subtle animation differences here as the red marker only shows up when the golem jumps into the air. It’s the same pullback + jump animation seen during Ripple Slam, only there’s no initial circle marker. That’s the tell.

Signaled by a flex and roar animation, Chandelier Crash scatters wide circular purple markers across the arena. These can overlap slightly, but the outer edge of the arena in the inter-cardinal positions are safe. The second set or circles resolve before the first, so experienced players can weave between if needed.