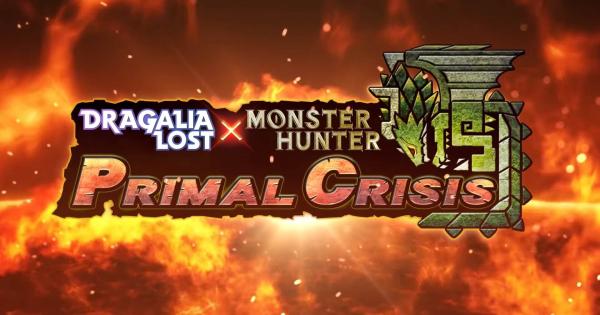 A few days ago, the Monster Hunter trailer appeared, giving us a sneak peak at what to expect from the upcoming event!

As shown in the video thumbnail, we can see Euden and Berserker donning the Rathalos armor and weapons, Sarisse wearing the Mizutsune armor set and bow, and Vanessa who is wearing the Kirin set. All of which are from the Monster Hunter series!

Form a Pact with Rathalos! 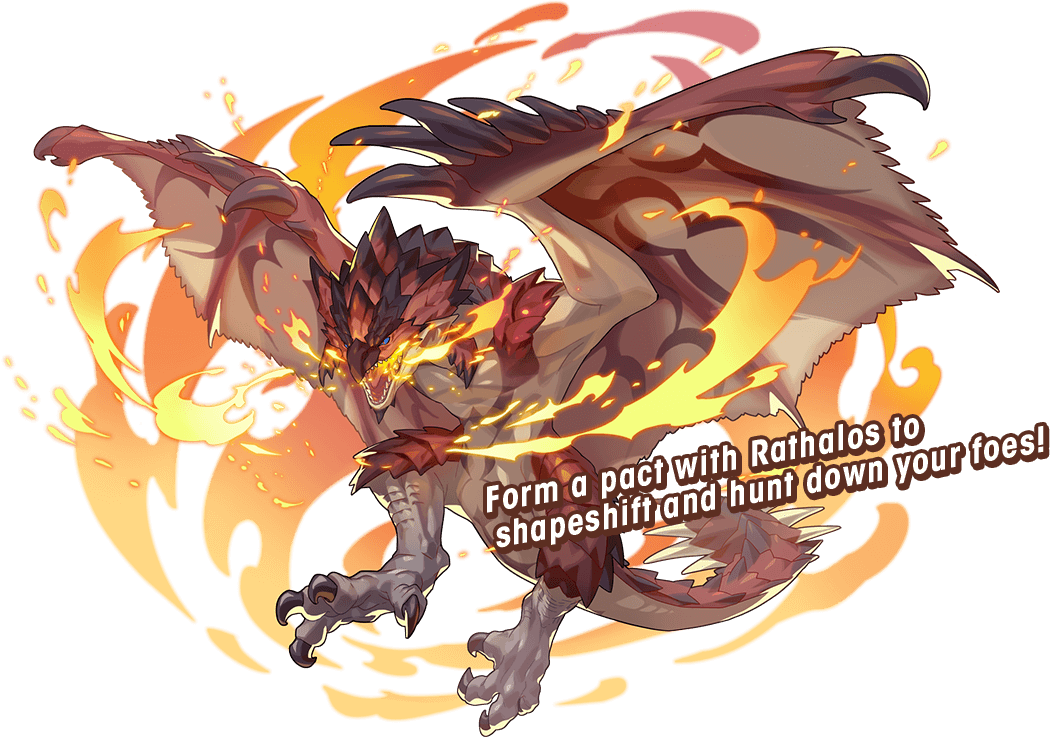 As part of this collaboration event, players who participate and collect blazons can add Rathalos to their teams! 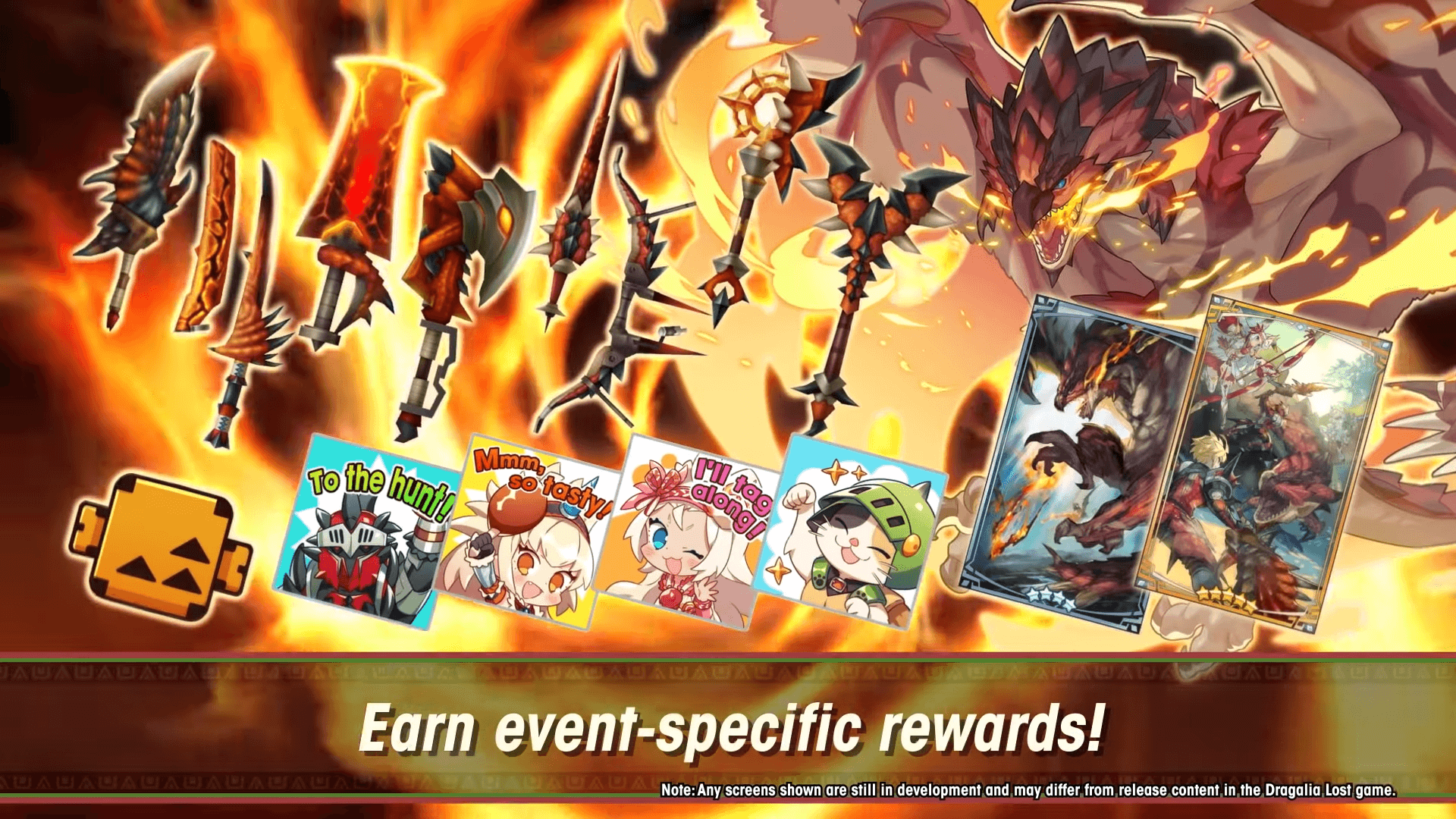 During this event, players can grab event specific weapons, wyrmprints, stickers featuring Berserker, Vanessa and Sarisse and stamina refreshers in the shape of well-done steak that is iconic in the Monster Hunter games! 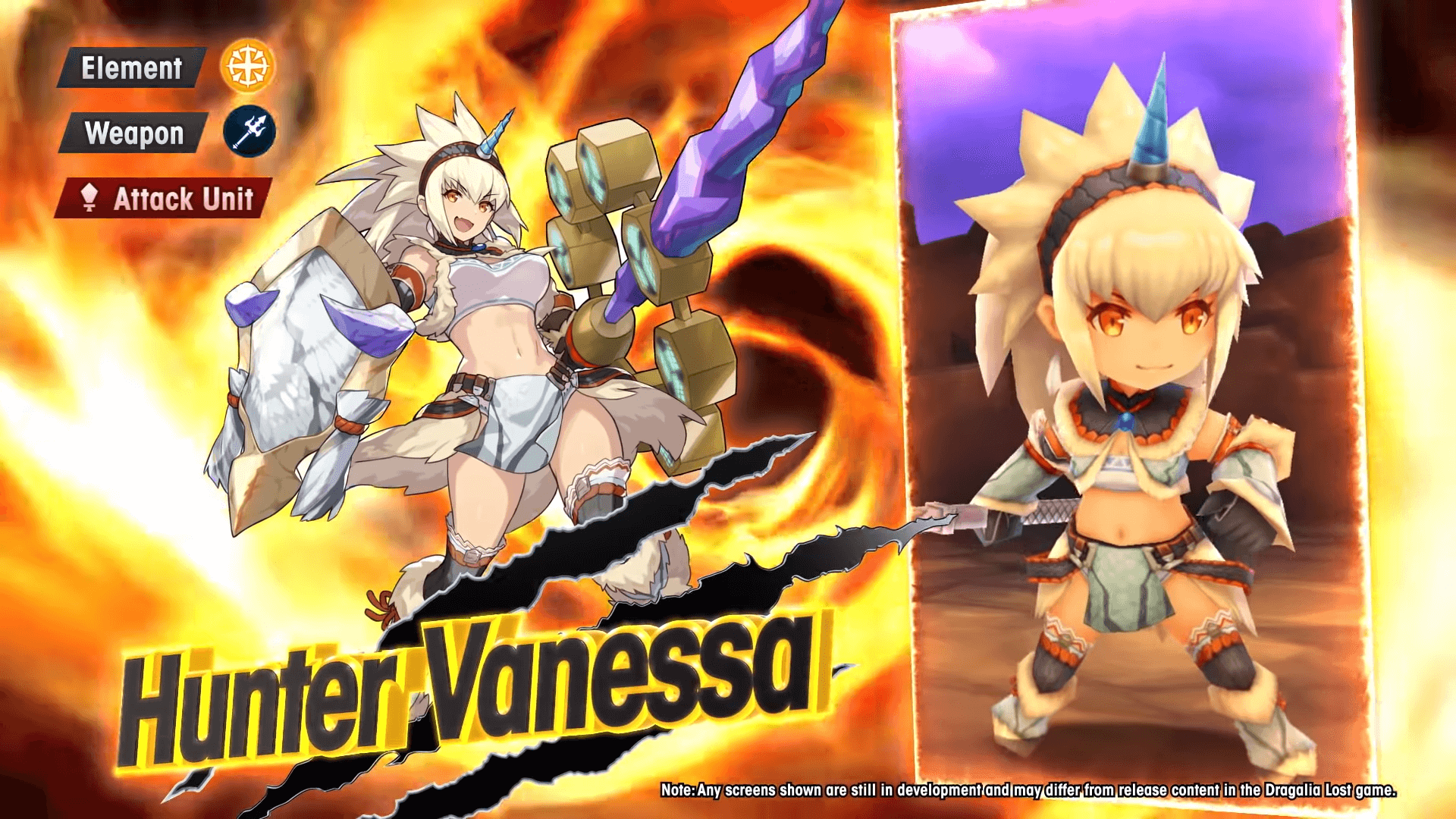 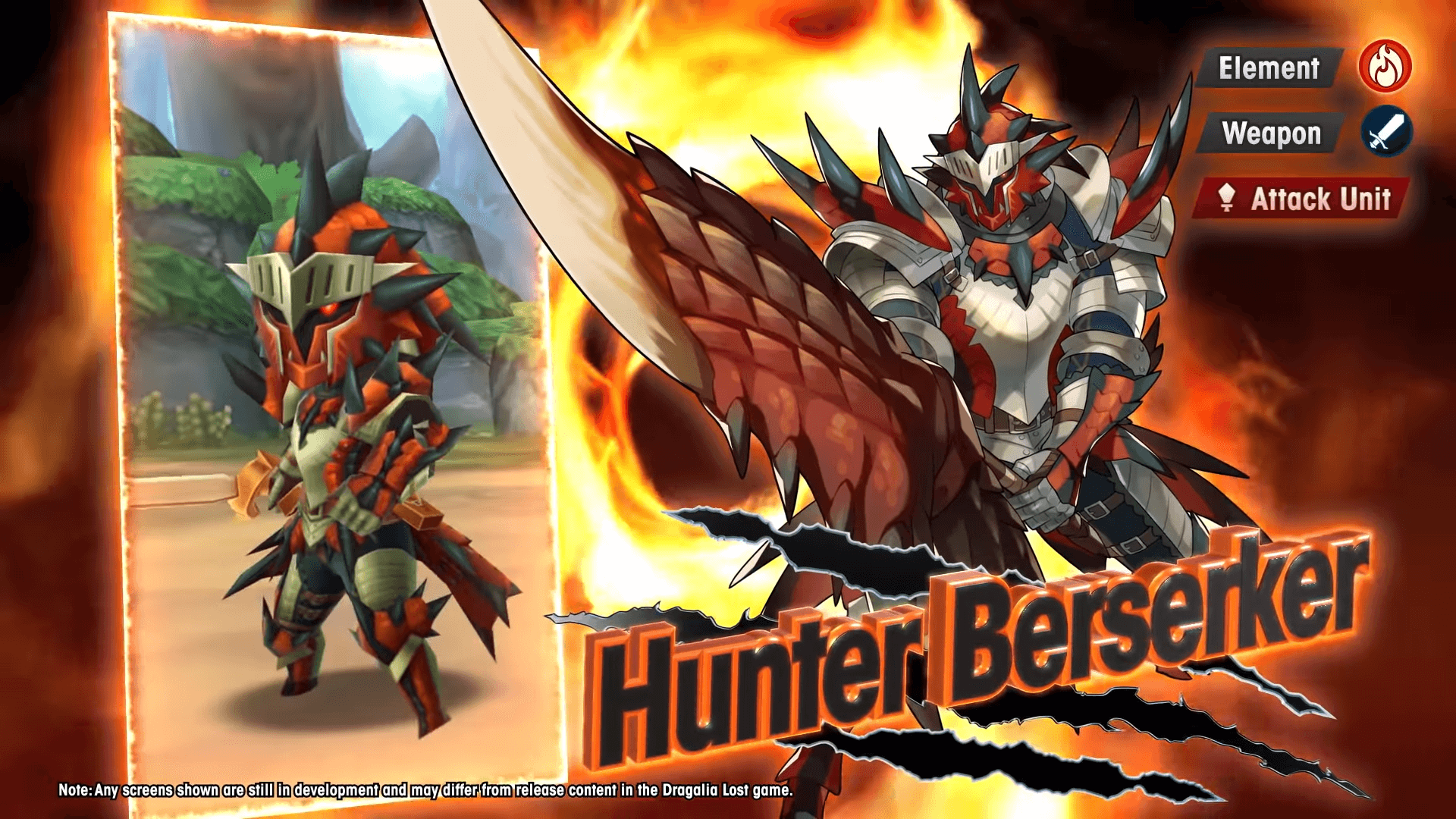 We get a sneak peak at two new adventurers that are going to be added with the event!

First off we have Hunter Vanessa, donning the Kirin set, she will be a limited adventurer who is exclusive to this event.

Vanessa will be a Attack Unit, wielding the Lance and having Light element, she seems to have one attack skill and one buff skill.

Berserker will be wielding the Rathalos armor and Greatsword and will be a Flame Sword Attack Unit.

Berserker seems to also have a attack skill and a strength buff as his second skill. 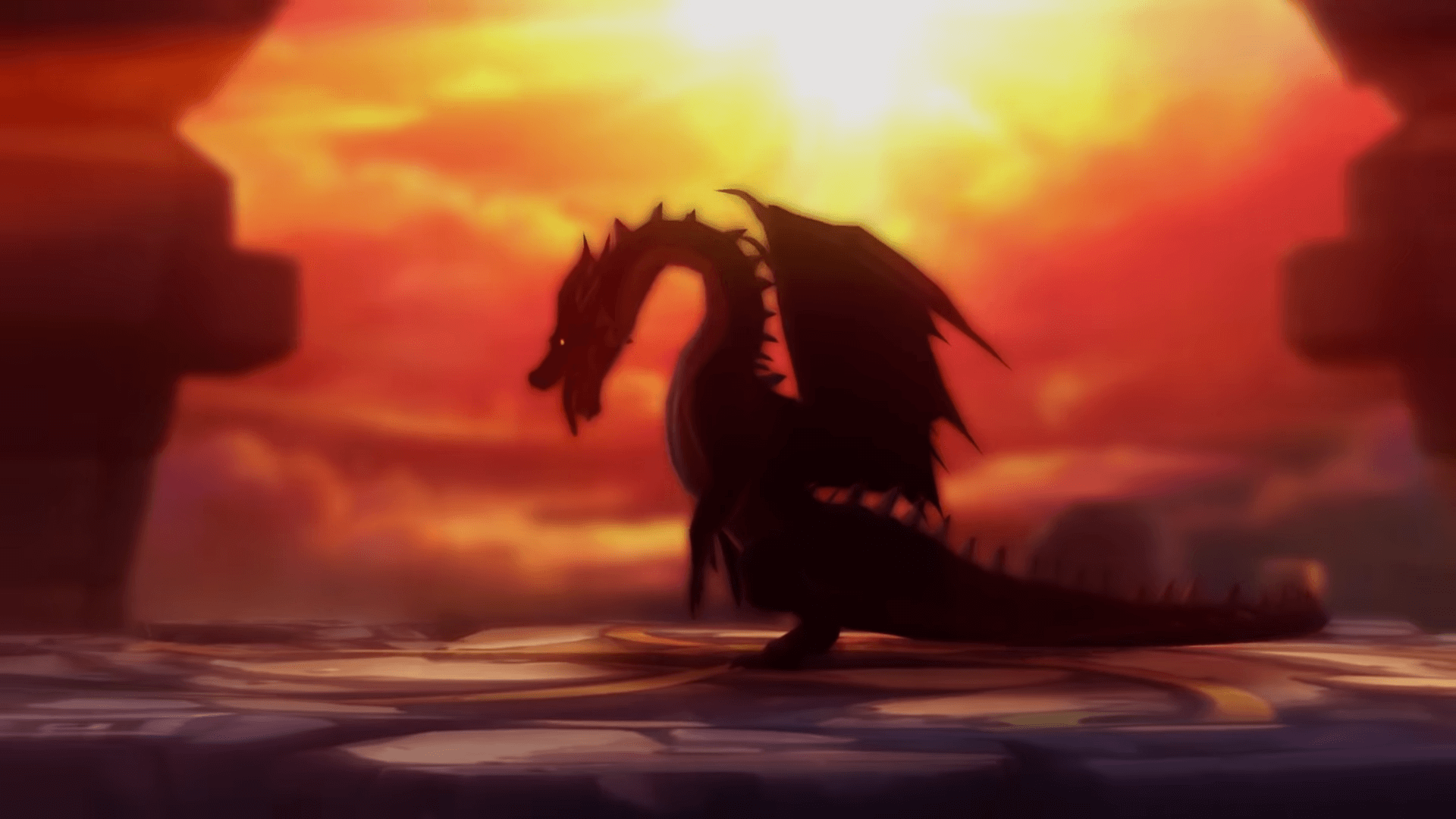 At the very end of the trailer, we get to see a silhouette of a lone dragon sitting in a arena.

Those who are well informed about the series will know that this dragon will be Fatalis, who is an elder dragon and is considered to be the strongest of all the dragon.

It could be speculated that Fatalis will be a raid boss in this event.

Lastly, players who login during this event will earn rewards such as the Rathalos Firesword and a 5 star Summon Voucher (Dragon)!

Be sure to login all 10 days to get these amazing rewards! 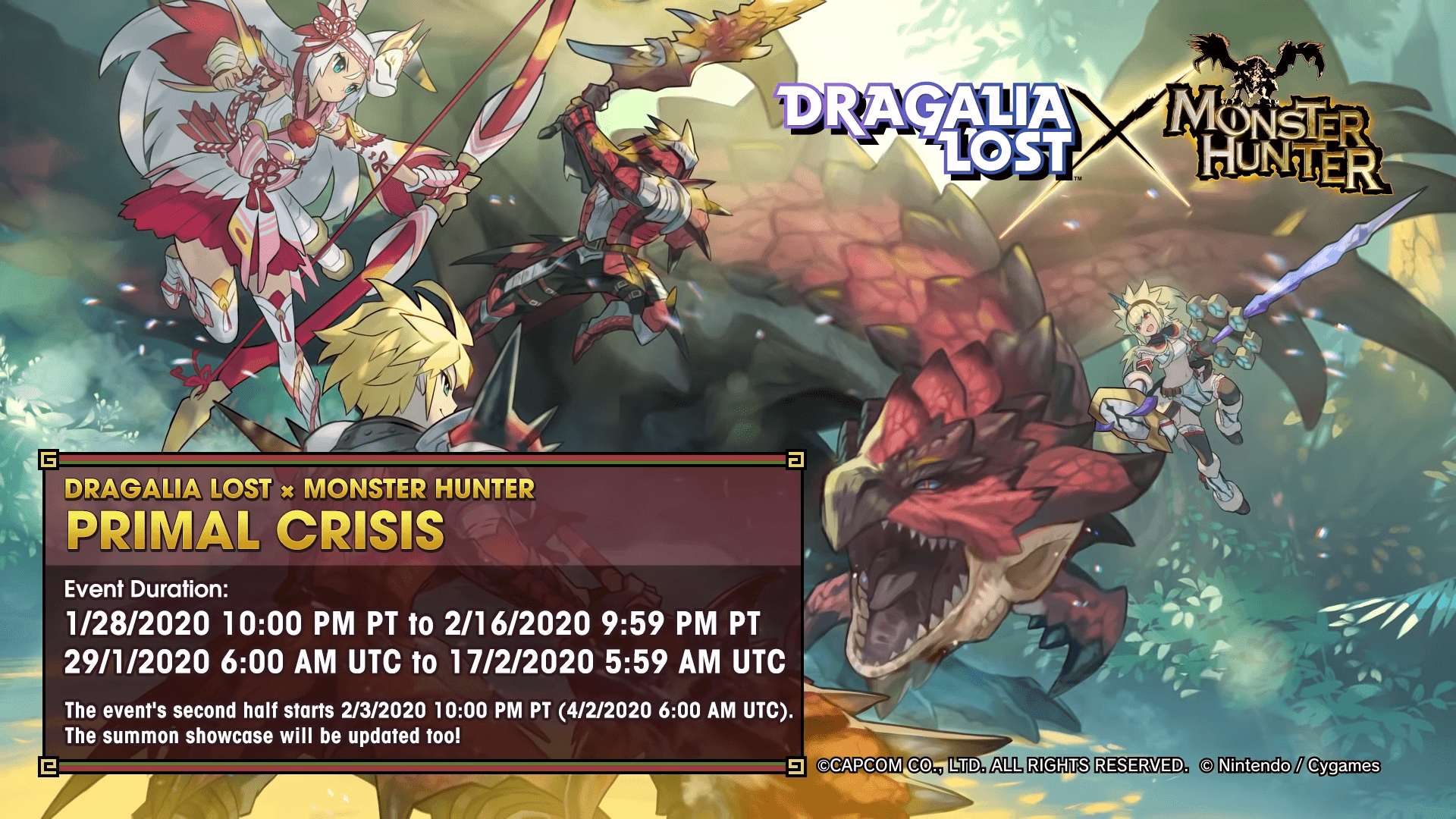 As shown at the very end of the video, this event will be a two-part event!

The summon showcase will also be updated too to include more adventurers!

What new adventurers will be added I wonder?