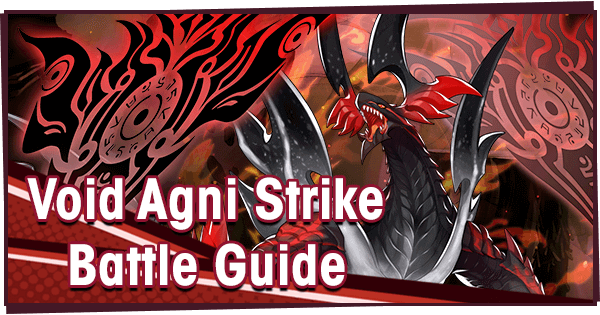 A new path to High Dragons

Just as High Brunhilda was a more challenging boss than High Midgardsomr, Void Agni brings more challenges than his wind brethren. First up is the roster of eligible Adventurers.

One interesting development is a lack of Tier 1 Water healers, since Stun Res is so important to this fight. Note that melee characters (excepting Lances) 100% require a weapon with Scorching Air Resistance. Without them, even V!Hilde and Verica won’t be able to provide enough healing for good attacking uptime on the boss. Ranged characters can get away without a Skill Resistance Penetrator weapon, but they are far, far more effective with one. Axes and Wands suffer from a similar lack of equipment, while Lances can mange with their superior attacking range.

For Adventurers who can equip them, the Void Weapons are mandatory, with the exception being Staves. Melee Adventurers get resistance to Scorching Circle-- which will quickly kill them otherwise-- while the bow has Skill Resistance Penetrator, which is invaluable for maintaining high damage. Staffs also get scorching circle resistance, but as it is limited to Water Adventurers, V!Hilde and Verica get no benefit, and must simply keep their distance to avoid damage.

Ideally you should have at least 1 melee baiter, a ranged Adventurer baiting Devastation, and a healer (healers can also bait, but be aware Devastation can kill Verica or V!Hilde in a single hit). 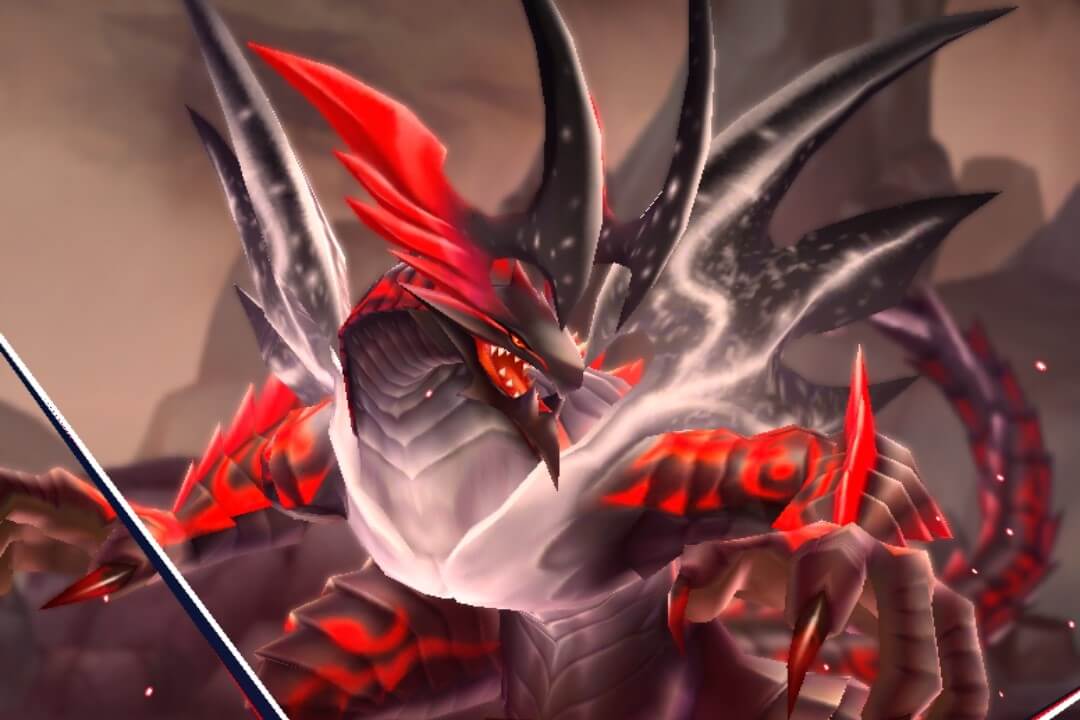 The fight opens with Agni spewing a stream of fireballs in a crescent towards your team. As they move away from the boss, the fireballs spread out, meaning they are very hard to dodge up close, and easier to avoid further away. Avoid closing this distance, and be wary as they inflict Stun.

Agni then dashes towards the nearest character. Melee teammates should try to bait this in a direction away from the ranged, as the damage over time from Scorching circle hits hard. Agni then walks to the nearest Adventurer and performs a melee attack, a large arching frontal swipe.

After this, Agni walks to the closest Adventurer and raises both arms as flaming blades appear on his wrists. A red telegraph circle appears in front of him, and he quickly strikes, doing moderate damage and leaving behind a patch of lava that deals damage and to anyone that touches or stands in it. This attack has knockback, and all of them inflict Stun.

Immediately following this, a red circle forms around Agni, filing the Scorching Circle and at four points around him outside the scorching circle. It deals moderate damage, and the lava plumes from the smaller circles can also inflict stun and knockback. 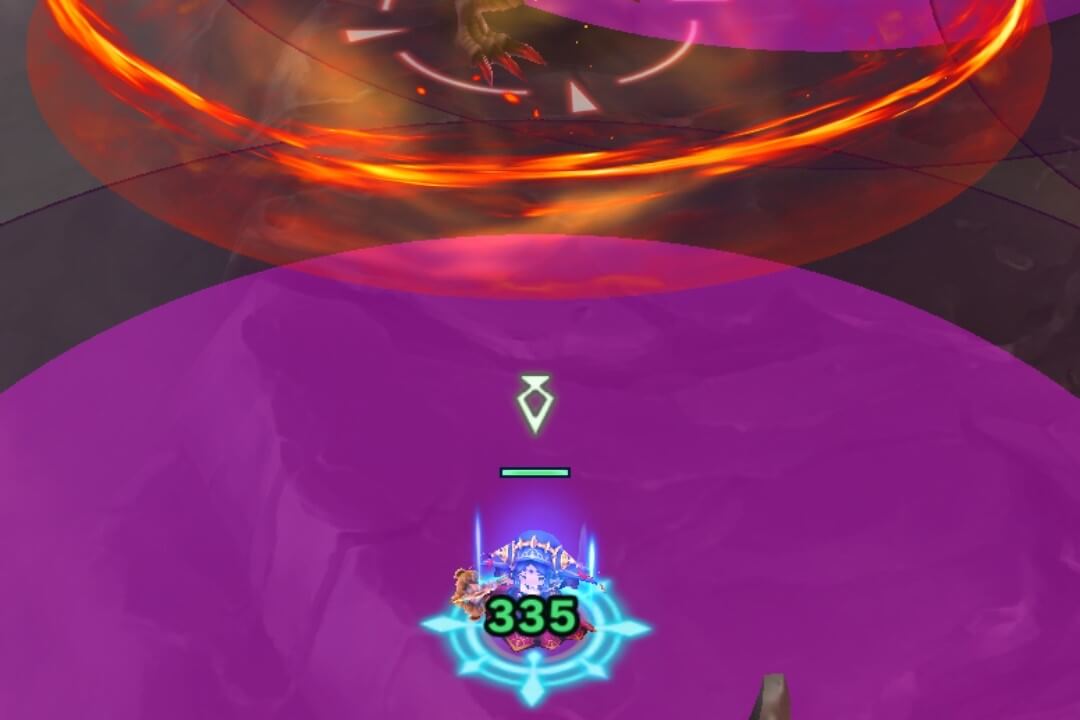 After a moving towards his target, Agni begins casting Heat Seeker. Similarly to the Chaser attacks in High Dragons, large purple circles surround each Adventurer, and the team needs to spread out to avoid heavy damage.

After a brief pause, Agni targets the furthest teammate to cast Devastation (or Flames of Devastation if in Overdrive) and a purple line points towards that them as flame blades form on his arm. Devastation tracks until the blade is actually launched, meaning that it can be dodged only at the last second. A hit inflicts heavy damage, knockdown, and stun. He does this twice in quick succession if in normal mode, or three times if in overdrive (and in overdrive, the blades leave behind a trail of lava that will inflict damage, knockback, and a stun).

After this Agni again spews a fireball crescent in front of him, meaning it is best for the melee to bait him so that he is facing away from the range after using Devastation/Flames of Devastation.

After this comes another dash attack towards the nearest Advanturer, which again needs to be baited away from ranged. A good strategy for dealing with both these attacks is to roll behind Agni once he begins to spew fireballs, then quickly roll back in front of him to bait the dash attack.

Now Agni begins to cast Flamenadoes. These are purple circles with a hole in the middle. They can be dodged in two ways: one is to stand in eye in the middle, the other is to avoid them by moving away from the edge. They inflict heavy damage and knock up and stun.

The fight repeats this cycle until Agni reaches Overdrive. This state will interrupt the current animations and trigger the Heavy Eruption attack. 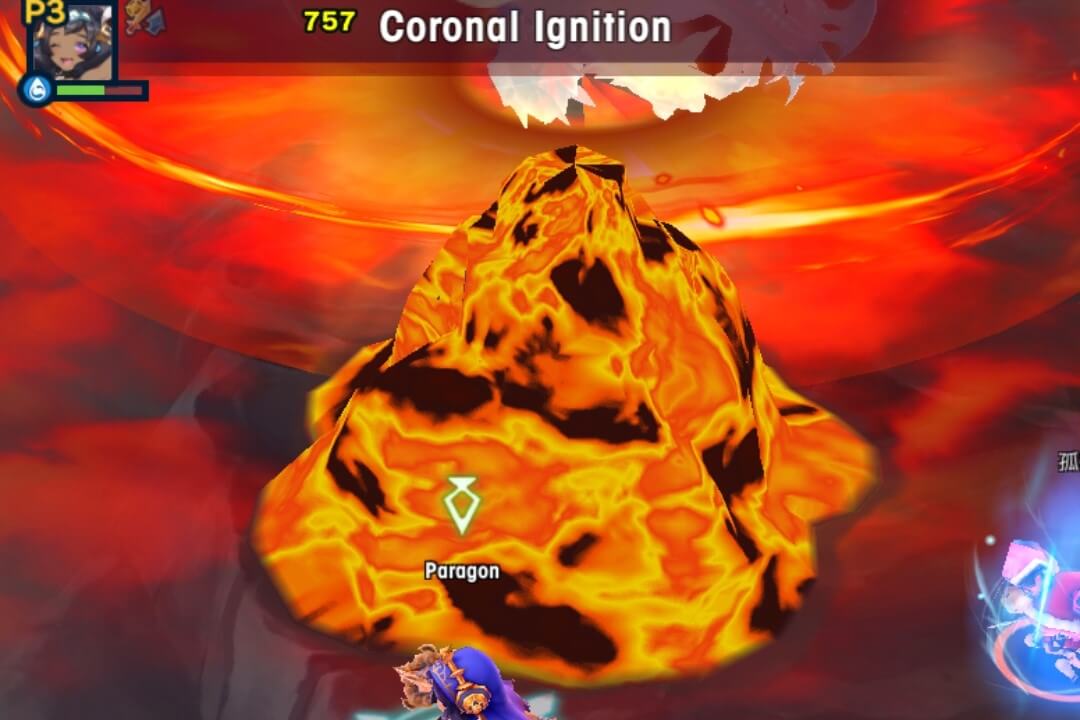 Once in Overdrive, Agni casts Heavy Eruption. The mechanic is very similar to High Brunhilda's Volcanic Blitz and Hellfire combos-- two Adventurers closest to Agni have red telegraphed circles appear under them, while the two further away are chased by purple circles. The purple circles should be kited to near Agni, as they are going to drop two volcanoes, or pu’u. Adventurers should then hide behind the pu’u, as Agni begins to cast Coronal Ignition. This attack covers the entire battlefield in lava, unless you are standing behind or under the pu’u, and inflicts heavy damage. You can continue to attack Agni through the pu’u during this, but make sure you’re not in the Scorching Circle radius.

After this, Agni resumes his normal attack cycle, with periodic Heavy Eruptions thrown in. Rinse and repeat until the fight is finished!

For defeating the Firelord, you gain the items needed to craft a new series of powerful void weapons, which much like the rewards from Void Zephyr, feature abilities that will greatly aide in defeating the appropriate High Dragon Trial, in this case, High Brunhilda. If you really wish to push yourself to the limit, defeat Void Agni in under 195 seconds to earn the "Agni Annihilator" Epithet.