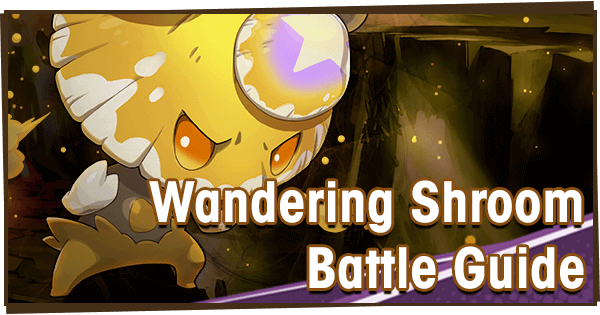 The Wandering Shroom is the easiest Void Battle players can challenge, with a required Might of 9000. Information on the boss can be found below:

Damage-dealers should be the main type of unit used for this battle. A healer will make runs safer and is recommended for beginners, but is not required for experienced runners. Adventurers should be at at least 2500 Might before they attempt this quest.

Shadow-attuned Adventurers are the go-to due to their advantage against light enemies. Most of the Wandering Shroom’s attacks inflict Paralysis, so an Adventurer with the appropriate resistance is recommended.

Unlike the other Void Battles, the Wandering Shroom does not inflict a special condition on Adventurers. Therefore, the strongest weapon should be used just like a normal quest.

The Wandering Shroom has a specific attack rotation, allowing his attacks to be anticipated. With just one attack using a purple Action Marker, the vast majority of his attacks can be dodged using Skills.

Note: The Shroom will skip Step 1 if he cannot get close to an Adventurer.

Note: The Shroom has a chance to skip Stage 2.

Note: Being knocked into Overdrive will interrupt the rotation, and restart it from Step 1.

However, this attack will downsize the Wandering Shroom and create several (four, then ten) smaller Wandering Shrooms, who are colored purple and attuned to the Shadow element.

The smaller Shrooms are essentially copies of the boss with lower HP, and will perform the same attacks as the main boss. This makes them very deadly, and important to clear out quickly. Ideally, they should be eliminated before they can use their Dash attack.