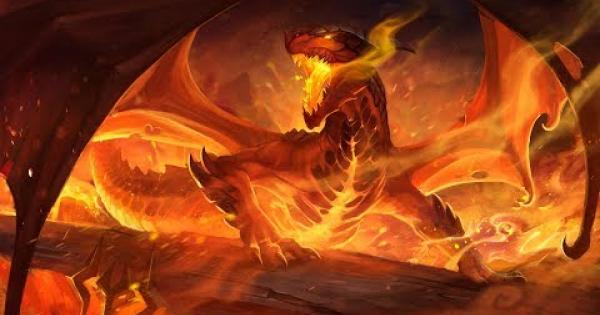 Rangkor sits down with JohnTheGuru, a developer at PlayQuantam to discuss their first title game Dragon Champions.

This special interview with one of the developers at PlayQuantam, JohnTheGuru, was brought to us by Rangkor, a community staple in both Star Wars: Galaxy of Hereos and Dragon Champions.  I found the interview to be very enlightening, and I'm certain you will enjoy it. Without any further delay, I'll let Rangkor take it away:

A little about the game:

On 30 September, 2019, Dragon Champions officially launched world-wide. This free-to-play hero collection game took off with very quick momentum with its fantasy-world style of Elves, Goblins, Orcs and Humans; just to name a few. Dragon Champions currently consists of the following features: Clans, Order and Demon (runes) questlines; arena; tower; tournaments; events (scrolls, gears and more); a raid and legendary characters. The max level cap is currently level 80 with a gear level cap of 11. Additionally, runes, or attribute enhancments, are able to be farmed through the demon questline, weekly events and soon tournaments. In order to get a better understanding of the game, what better of a way to get a better understanding for the game, then a little Q&A from some of the Developers of Dragon Champions?

Rangkor: What is unique about Dragon Champions that sets you apart from other collection games such as Looney Tunes, Marvel Strike Force, and Star Wars: Galaxy of Heroes, etc.?

JohnTheGuru: First of all – we don’t have a franchise; therefore, we can do everything and anything we want with the game. I think main difference however is our approach. Our goal is to make a really great and very deep product on the market. For now, the game might be quite similar to other hero collection games, but we have some really unique game modes in plans that could really separate us apart. Furthermore, we’re working really close with the community and content creators, listening to their ideas and opinions and that helps us a lot to build an even greater product. Someday, maybe we could even call our game “community created”.

Rangkor: What was the team’s inspiration behind creating Dragon Champions and how long was it in the works before the initial launch test?

JohnTheGuru: Dragon Champions was inspired by many games really. All of us [Developers] are gamers with 15+ years of experience, who love playing strategic games and RPG’s. Of course, we’ve watched and played a lot of hero collection games, RPG’s and strategic games. We have an idea to take the best parts from each game and to build something unique. Initially, the idea of Dragon Champions was created on 27 December 2017. Our second team member joined us on 7 June 2018. That’s the date when we started working diligently on Dragon Champions. On 1 August 2019 we had our soft-launch in 2 countries and 30 September 2019 we were officially released worldwide.

Rangkor: How many people are a part of your team and can we get a little background about each person and what they do for Dragon Champions?

JohnTheGuru: We have 9 people currently. Our teams consist of: 2 developers, 3 artists (2d and 3d), 3 game-designers and 1 QA. All of our members have worked in the gaming industry for quite a long time.

Rangkor: Where is PlayQuantam based out of and do you have plans on expanding (staff, studio)?

JohnTheGuru: Currently, most of our team is based in Moscow, we have some team members in London too. We’re looking to expand our team; we will have a community manager joining us soon, a few more developers and a few more artists as well. Additionally, we have some freelancers who help us in making art. We hope that more people will love our game and we’ll be able to expand the team even more to produce a lot of new, great stuff for our player base.

Now that we’ve had a little introduction into the team, the company and the style of game, let’s dig into a little bit more about some specifics in the game. As a player of the game myself [Rangkor], I’ve seen several questions, concerns and comments throughout Discord in which I thought were very constructive or thought of myself. Let’s see what JohnTheGuru has to say about a few.

Rangkor: A lot of people didn’t feel that ATOM lives up to a tank’s expectations because of the randomness in his taunt. Is there a possibility in a re-work for him to be viable?

JohnTheGuru: We have plans to do so. Actually, there will be small reworks with one more hero who will have synergy with ATOM; this way he’ll be more useful in future.

Rangkor: Are you worried that the arena will become stale and everyone will be running the same Meta defining team?

JohnTheGuru: I’ve just checked the TOP 10 players and their arena teams and there isn’t one who uses the same team! That’s our goal to make all heroes viable, strong and to give players ability to choose any race/heroes they want. We want to avoid situations where the top 100 of arena are using the same team. It’s one of the highest priorities for us!

JohnTheGuru: For each legendary hero we’ve checked weak points of each race and tried to make these races stronger. For example, humans don’t have great healers, elves don’t have strong damage dealers (except the recently released Lula, who is currently only obtainable through tournaments), etc. We run a lot of battle tests with different teams and that’s it! Also legendary heroes are stronger than your other starter heroes – more health, damage or unique abilities. For example, Solius’ leadership increases the counter attack chance for any human in the party – quite unique gameplay. Regarding return of legendary events – we don’t know yet, because the game just launched and we’re focused on another things. However, we hope that it won’t be more than 3 months difference.

Rangkor: In the Solius event you guys made a World of Warcraft “Zug Zug!” reference; what are some other Easter eggs to other games that you have hidden within the game that players can expect?

JohnTheGuru: There are tons of Easter eggs in Dragon Champions. Most of them could be found by checking heroes on big screens. Additionally, there is quite a deep story with more Easter eggs hidden (unfortunately, not so many people are reading the story lines; what a shame). I wasn’t involved in the process of Easter eggs creation, but I know 15+ of them. They are funny!

Rangkor: Can players expect a lot of cheating within this game? How are you going to regulate cheating?

JohnTheGuru: Our game is server-based, so every move is happening on the server side. If server and client results are different, progress won’t be saved. Therefore, no cheating possible in this game; in theory. Recently we got the issue with fake payments and fixed it in 24 hours. If we see more [loop] holes, we’ll close them immediately and ban people who use any sort of exploitative feature. One of our other highest priorities is to prevent cheating by any means possible.

Rangkor: The team created a very cool event for Halloween with a new character; Cruelle. Can the community expect to see an event with different types of rewards for the different events for each holiday season?

Let’s move on to a different subject now and discuss the most important word that the community wants and the developers need to provide – communication.

Rangkor: How will information about major changes come to the community? Will there be monthly, or quarterly posts?

JohnTheGuru: We love to work with community, so we’ll post updates on our Reddit and Discord as we have them. Currently, we want to make 2-3 updates per month, but sometimes it’s needed to make them more often, especially because of hot fixes.

Rangkor: Currently, you only have a Facebook page, Discord server and a Reddit page; is there any plan for having a website along with forums down the road?

JohnTheGuru: Yes, but we don’t have any free hands for it right now. Currently Discord is the main way we communicate to and with the community.

Rangkor: On your Discord server you have a polls channel, asking the community for potential changes to the game; what drives these polls and how do you prioritize them?

JohnTheGuru: When we have some free time, we’re reading community reactions in the suggestions channel and put everything we think that is valuable there on our list. We’re not doing it every day, but we’ll do it few times a month.

Rangkor: As there are multiple aspects to releasing updates, how will you prioritize [percentage wise] between new content, bug fixes and character releases?

JohnTheGuru: It’s really hard to decide what percent for each of this will be. If we see a critical issue, we’ll fix it immediately! In general, we would like to make our full focus on hero creation and new game modes creation.

In our final section of the interview let’s discuss a little bit about the feature of Dragon Champions and see which character the Developers favor personally.

Rangkor: With being a newly launched game, receiving such an influx in players and having such a rapport with the community what are your aspirations for the game?

JohnTheGuru: Huge plans! We got initial approval for the players that this game may have bright future. Therefore, we’ll put all our energy and time to make it one of the best products of such genre on the market. It’s very hard, because we’re only a team of nine right now; whereas, most of the other games have been developed for many years now, but we’ll do it! Just a question of time and community reaction.

Rangkor: What are you most excited with about Dragon Champions so far?

JohnTheGuru: I think it’s the community reaction and support. In this world there are a lot of games that are launched every day and a good amount of them never end up being successful. In our case, we got a strong community support and quite a nice player base just in our first month, so we’re really happy that we could focus on Dragon Champions development in future. It’s really an amazing feeling that almost 2 years of hard work won’t be wasted.

Rangkor: Which character is the favorite for each of the developers?

JohnTheGuru: To be honest, we love all of the heroes that we’ve created. Some of them was created when the game was earlier in development, so they could look as cool as latest characters released. When we have resources however, we’ll make them look even better than now.

This wraps up our interview with the development team. Thank you for taking the time to answer the questions. Hopefully, there are several more of these we can do in the future. As we wrap up here, is there anything else you’d like to say?

JohnTheGuru: We love you and thanks for the support! <3

If you’re a hero collection gaming fan or a World of Warcraft fan, Dragon Champions provides the type of gameplay and a fantasy style based game. The art and story will truly captivate you and make you thirsty for more! Dragon Champions is available on Andriod and iOS devices.