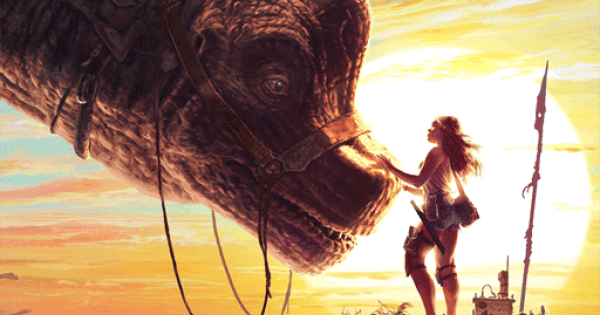 In a surprising and unexpected turn of events, Durango Wildlands - a popular game by What! Studios and publisher Nexon is shutting their doors.

A mix of the survival horror genre, an MMORPG and -- well -- dinosaurs, Durango Wildlands had a pretty sordid history. It began when the game (after six years of development) first released and had an overwhelming amount of people join. The servers were overloaded, and players couldn't even get off the main island. The maintenance period extended from hours to days and eventually stability began to return.

There's a pretty good review of some of these challenges in the youtube video below:

Still, the game was incredibly popular in the East, enough so that it eventually came over to the West after being out for nearly a year in the primary market.

And Durango was widely met with excitement. Even amidst problems.

In the last month in fact, (according to sensor tower) there's been roughly 340k downloads of the game. But the revenue does tell a slightly different tale. With only 130k earned (less than 50 cents per user), the game may have been struggling to do what it wanted to do financially. Especially for an MMORPG with such a vast and open world, that level of income per user doesn't look so good.

Yet without much fanfare or communication, yesterday What! Studios announced that they would be shutting down.

You can read the full post at the button below and we've included the text below as well.

We are Eunseok Yi (Executive Producer of What!Studio) and Seungmyeong Yang (Producer of Durango: Wild Lands). We have prepared this note to represent our development team and all those involved.
It is with our heavy hearts that we inform you of our grim news on this developer’s note.

After Durango: Wild Lands was released, our pioneers have turned the wild lands into a new world. Vacant islands became flourishing cities, and lands of nothing became homes, farms, and shelters to many pioneers.

To put it bluntly, we have decided to end the service of Durango: Wild Lands. It seems we have reached our final destination in the wild lands that we have explored together. We would like to apologize and show our gratitude through this note.

We would sincerely like to thank you, our pioneers, for being part of the Durango world. We, as developers and operators of the game, were able to do our jobs largely due to your support. While the in-game characters were warped to Durango despite their intentions, you our pioneers chose to be part of our family. We deeply empathize with you not being able to continue your expeditions in Durango.

Life in Durango will continue on until its termination. We will continue its development so that memories from the wild lands will last for a prolonged period.

Final Chapter of Durango: Wild Lands
The finale for Durango’s main storyline is in preparation. It will be available for pioneers through quests. The end is connected to the beginning, as K and X are the main characters for it. It will also include many answers to questions that arose as you explored the world of Durango.

Combat Island & Instruments
Combat Island is a PvP content in which pioneers gather in a small island for a fight to the finish. In a sense, the structure is a bit similar to the previous Warp Rush. The play experience, however, is something quite different. With the loots that you receive from the Combat Island battles, you can craft rare weapons that you can boast to other pioneers.

Instruments will also be introduced in the next update. In contrast to the action-packed combat of Combat Island, the new instrument system will bring a tone of peace. You can select a piece and play it, or utilize the editing function in order to create your own. Craft and play the new instruments so that you can spread tranquility in a world of exploration and survival that is Durango.

Faster & Better Experience in Durango
In order to experience the many contents in Durango: Wild Lands, one needed to invest time and effort. Now, considering that we’re near the end, we are preparing an update that will bring in a way to enjoy the various contents in a short amount of time. But at the same time, we will try our best not to diminish the gameplay of the past.

Keeping the Private Islands
We are currently trying to find a way for pioneers to keep their private islands even after the service for Durango: Wild Lands ends. This will allow you to see your private island after the termination and also show it to others.

Upcoming schedule for Durango: Wild Lands will be available soon, while details regarding the end of service will be posted within today through a separate announcement.
We will strive to not only create a better gaming environment until the very end, but also provide precious memories.
The service of Durango: Wild Lands will come to an end, but the lore of the Durango world and further strides from our development team will continue. We hope that you will join us in our future adventures.
Thank you.

In a later post, developer What! Studios clarified the timeline for how this shut down would go -- also promising (as you see above) that those who keep the app on their phone will be able to at least view and run around on their private islands even if they won't be able to interact with others or do much else. But once the app is deleted, there will be no way to download it again.

* In-App purchases will NOT be available after the maintenance on October 16, 2019.

* Reinstallation will NOT be available once you delete the game after December 18, 2019.

* All official Forum/Community will be closed at the end of game service.


All in all, Durango was a really epic game that will be missed by this dinosaur lover. It's a further reminder (or perhaps a siren call) that anything can happen in the fast-paced realm of mobile gaming.