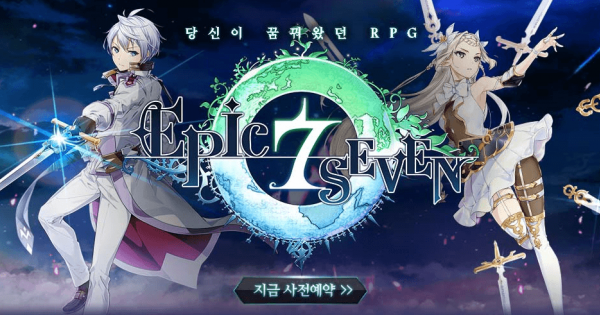 Korean mobile game sensation Epic Seven has been received very well in Japan after its launch there on Nov. 7, according to publishers Smilegate Megaport. The launch of the Japanese server was hotly anticipated by Japanese players, who have been traditionally considered the most intensely devoted mobile gaming community in the world. Smilegate states that the game reached peaks of 9th place and 18th place on the Top Grossing Games lists for the JP Play Store and App Store, respectively. [At the time of this article's writing, the game is currently ranked 24th on the App Store and 12th on the Play Store, according to analytics company SensorTower.]

According to Smilegate, 'Epic Seven is being favorably reviewed by players in Japan due not only to its unique, complex characters and elaborate battle cutscenes but also its interesting story and high-quality localization...' The latter point is somewhat unsurprising, with the Japanese voice cast featuring a number of popular veterans, such as Yuichi Nakamura (Bruno Bucciarati, Gray Fullbuster, Mumen Rider). It remains to be seen how the game will perform long-term in a fairly intensely competitive mobile gaming market outside of its native Korea. More information about Epic Seven can be found at our database.

I personally have been pretty excited for the JP release to hear all the new voices! What about you? Do you prefer to stay in English or try out the new Japanese voice cast? Or perhaps even stick to the original Korean? Let us know what you think below!