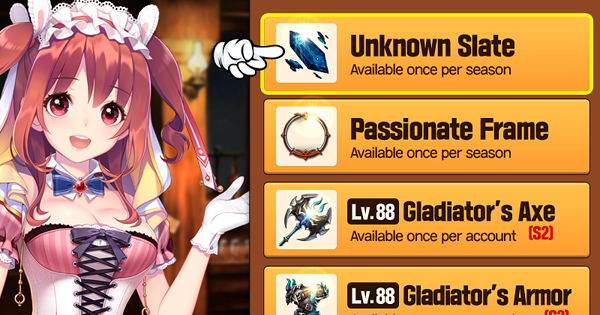 Under normal circumstances, Arena Season 3 begins along with the daily reset. All players have their Glory Crests from Season 2 converted to the season-neutral Conquest Points at a 5:1 ratio.

On Monday morning, several Asia and KR Players noticed they retained their Glory Crests while being able to buy Season 3 Arena gear. These players took the opportunity, gaining an advantage.

Smilegate responded by closing the shop and doing a 1 hour maintenance. The maintenance enacts the following:

Players also recieved 500,000 Gold and 1 Leif. The intent was to provide enough currency to buy all the Arena Season 3 gear and catch up with the KR and Asia server players who had the chance to do so. However, the execution didn't quite follow through.

A number of scenarios have been reported in which Global and EU players don't properly receive compensation:

It also may seem like the Glory Crests vanished into thin air-- in which case, check the GM tab in your gift box for the equivalent amount of Conquest Points.

Tentative Workaround for the Glory Crests Compensation from r/EpicSeven

Due to the uneven effects of compensation, Smilegate now owes two different groups of people. The group from 1 and 2 are missing 1,160 Points, but Group 3 remains out of 5,800 Crests. While the Glory Crests were converted correctly, they did not create the intended effect of fairly giving everyone Arena Season 3 Gear. Others are also dissatisfied with the Conquest Points, as Glory Crests are season-specific and therefore more difficult to obtain.

Smilegate could try to distribute the gear directly. Another course of action would be to skip Season 3 altogether and move on to Arena Season 4 Gear-- image assets for these do appear in the datamine.

Since the Season 3 gear is a Speed set with Speed substats on every piece, many players will be late and at a disadvantage without these pieces (assuming the enhancements even roll into Speed) relative to those who already have the set. Therefore discontinuing it is a bad idea.

Smilegate has since made a post promising compensation within the week, so the playing field will be evened and eventually everyone will have the opportunity to acquire Season 3 Gear. The time advantage for certain players still exists though, and the whole incident emphasizes inequalities created by gear that can only be obtained one time.

If you missed out on either currency, keep an eye out for extras in the inbox!