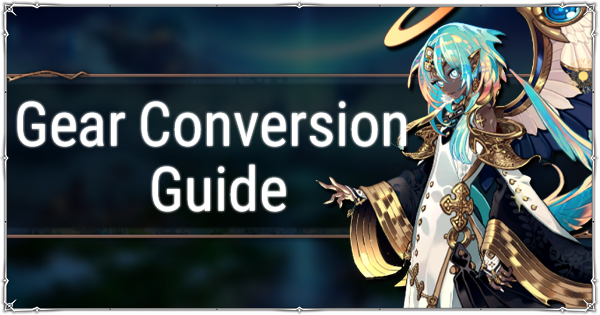 Equipment Conversion is for using gear as material to remake a new piece with selectable main stat and set but random sub stats. It isn't entirely selectable, but you can control what get out of the crafting. Because the feature prioritizes gear enhancement level over gear grade, it is very expensive and is mainly only for players who are getting to the point where they are trying to get gear with specific stats at the cost of lots of gold.

When using materials for crafting, the Quality system takes into account the Enhancement Level and equipment Grade.

It is highly recommended to upgrade the alchemist steeple to 0/3/3 when using gear conversion as it greatly reduces costs.
the table uses the 0/3/3 set up and it applies to accessories and boots.

Making The Most of It

After demonstrating the enormous cost of using the Steeple for crafting, it becomes clear that you need to make what you craft actually worth it.

Since you cannot control the substats, avoid crafting equipment that needs very specific sub stats for the gear to function. Therefore, we recommend one of the most valuable main/set combinations-- crafting Speed main stat boots on a Speed set.

Focus on crafting Accessories and Boots.

That said, there are a few ways to make sure things go in your favor... or at least, as much in your favor as possible: 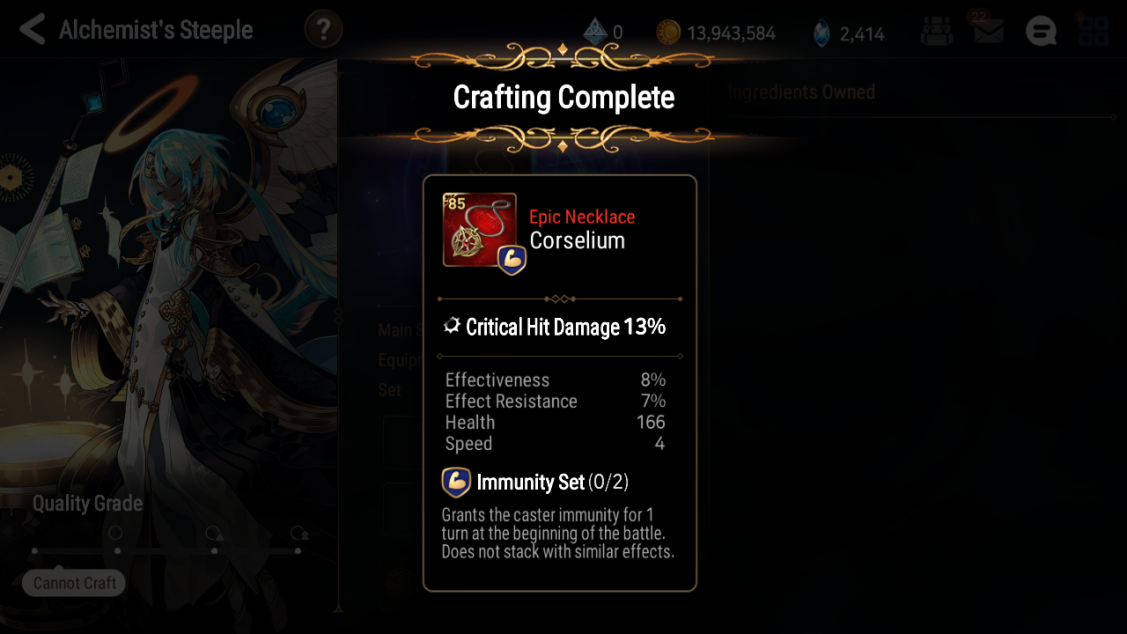 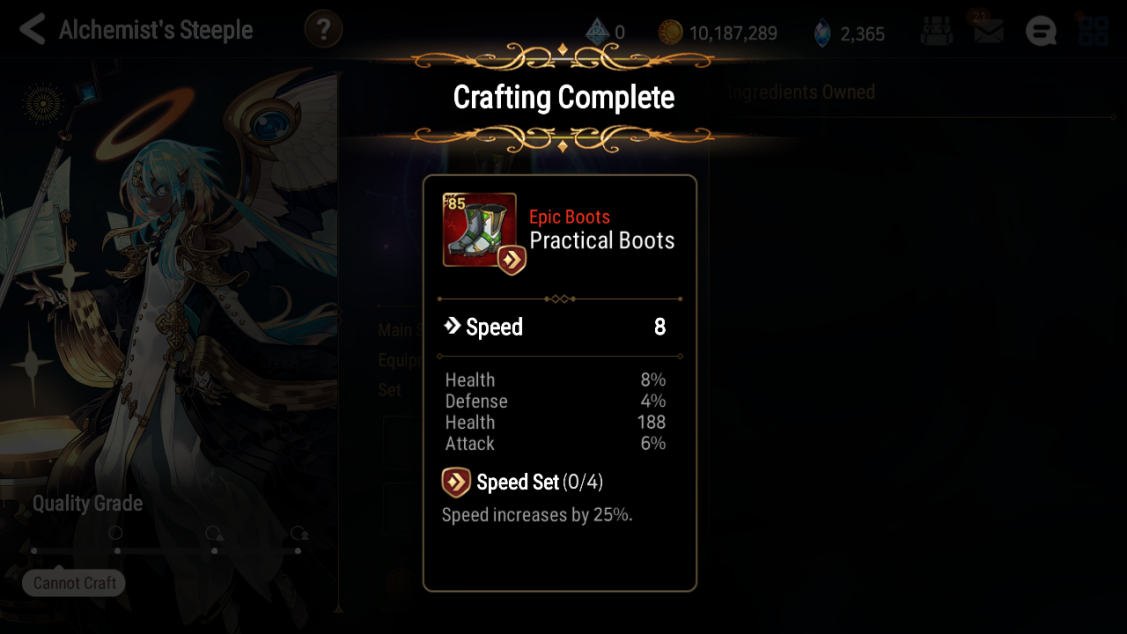