A faithful officer with a duty to maintain order

Sharp Insight
An officer of the Reingar Public Security Club, Azalea is mainly responsible for guarding the library and catching book thieves. Despite being trusted with many leadership duties, she has a history of continuously failing to be appointed to the Student Council.

Bring It On, Come On!
General

While Azalea can benefit from any stats on her gear, there are some she values more than others. The three most important substats for her are HP%, Effectiveness, and Speed. HP% makes her tankier and increases the amount she heals with her S1. Effectiveness increases her ability to inflict Provoke, Unhealable, and Speed Break on her enemies. Speed, of course, helps her take more turns, helping her to get more self-sustain and run her cooldowns out faster.

Her last substats can be a mix of Atk% and Def%. Atk% is nice, because she actually does a lot of damage with her S2, but she also needs some Def%, since she's going to be Provoking enemies into attacking her and she needs to survive those hits.

When it comes to gear sets, one of the most fun gear sets to put on Azalea is a Counter set. A Counter set greases the wheels between her S2 and her S1: Azalea Provokes with her S2, the enemy attacks her, and she Counters with her S1, healing herself. Use a Health set for her secondary gear set and Azalea's all set.

If you don't have a good Counter set lying around, Lifesteal is also good on Azalea, since it stacks with the healing from her S1. Multiple Lifesteal sets can be obtained as guaranteed rewards from the Abyss, making this option available to any player, no matter how unlucky. A simple Speed set can also work well.

In the same way she benefits from all stats, Azalea is one of the few heroes who can benefit from pretty much any Warrior Artifact. Creation and Destruction is a really nice one for her, since it gives her a chance to ignore her long cooldowns, but that's a 5★ Artifact that is difficult to obtain. 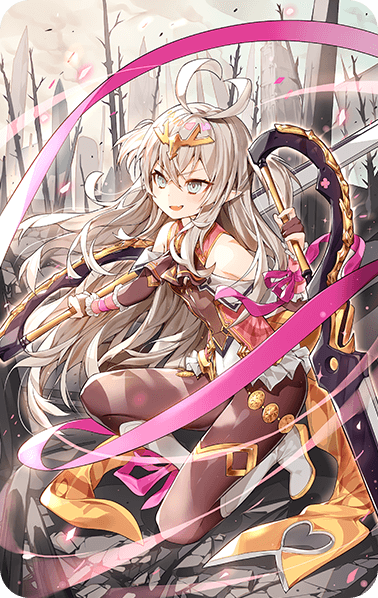 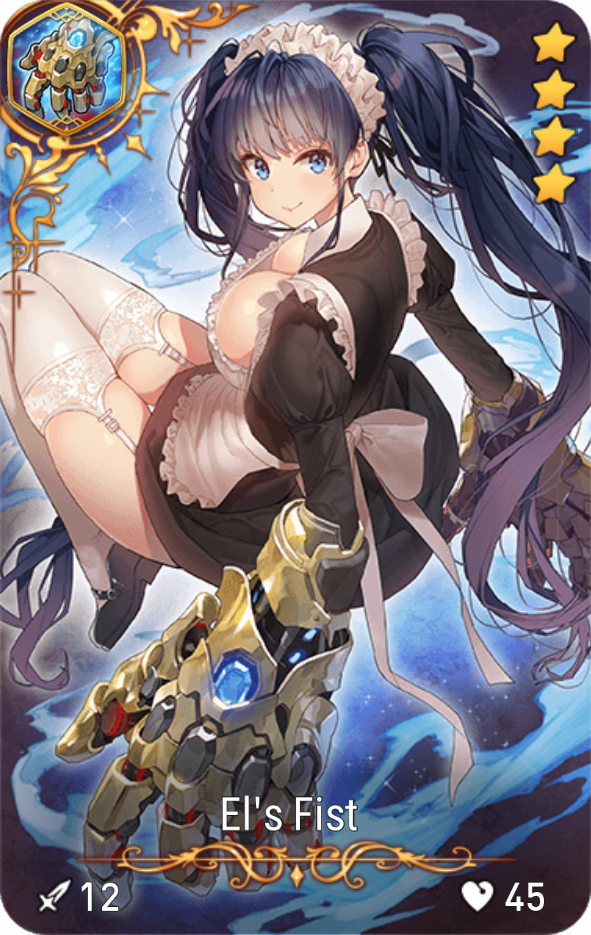 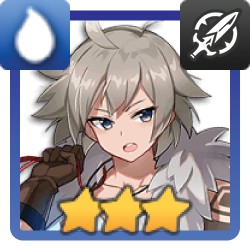 Here is a simple example of a team to run with Azalea. Azalea tanks with her Provoke skill while Lena operates as the primary DPS. Helga has an AOE Atk buff (very important for any kind of content in Epic Seven) and can cause Defense Break (possibly even more important than an AOE Atk buff). Finally, Aither is a free healer who can heal, cleanse ailments, and shield his allies with barriers, making him a good choice for keeping this team alive.

This is a 3★ Fire-element team that can be good for taking on Golem, the Earth Spirit Altar, or other Earth-element-focused PvE content.

Hazel provides heals and an AOE Atk buff, and she can also cause Unhealable, allowing her to fill in when Azalea's S2 is on cooldown. However, she lacks the ability to cleanse debuffs from her allies. That's where Nemunas comes in. Nemunas also reduces Hit chance using her own S2, which helps keep Azalea alive while she's Provoking enemies. Carmainerose, meanwhile, is just a strong damage-dealer who, like Azalea, is very self-sufficient and able to work quite well with her team or by herself.

Upgrade Hazel to Mascot Hazel through her Specialty Change questline and this team will be even more effective.

Easy to obtain and easy to use, Azalea can be a very helpful 3★ hero to have around, especially for new Epic Seven players. She comes with self-sustain and some valuable status ailments that can be very useful against bosses and even in low-level Arena fights, making her a versatile character. She's easy to gear and, as a 3★ hero, even uses Stigma instead of Molagora to enhance her skills, giving her some extra longevity. Though outclassed by higher-star options, her unique blend of Provoke and Unhealable can be helpful for quite a long time.

Azalea recovers a percentage of her maximum HP every time she attacks with her S1 (including counterattacks or Dual Attacks). The amount healed is pretty decent, and it adds up over time to make her quite a bit more survivable than she looks.

Azalea's S2 inflicts both Provoke and Unhealable on her target. After Skill Enhancement, the infliction chance is 100% for both ailments, meaning Azalea will always hit as long as she succeeds against her target's Effect Resistance check. This is a pretty nasty combination of debuffs: Provoke prevents enemies from using their strongest attacks and forces them to attack Azalea (who can heal the damage off with her S1) and Unhealable prevents a lot of bosses like Golem from recovering their HP. Causing both with one attack can be a game-changing move.

Azalea might be one of the easiest heroes to build in all of Epic Seven. While some substats and gear sets are better for her than others, she benefits from just about any stat you can give her. When you're still building your gear collection as a new player, this can be a big relief.

As a 3★ hero, Azalea uses Stigma instead of Molagora for Skill Enhancement. This is good for both the short-term (Stigma is a lot easier to get than Molagora) and the long-term (since it allows you to save your Molagora for 5★ heroes you might pull later). Being a 3★ hero also means it's easy to pull duplicates of her to increase her Devotion Aura (which is Attack Up for her team, something that can be very helpful early in Epic Seven).

Azalea's best utility is her combination Provoke + Unhealable on her S2. Unfortunately, her S2 has a fairly long cooldown: 5 turns at base and 4 turns after Skill Enhancement. Furthermore, the attack is single-target. Azalea is not going to be able to keep multiple enemies locked down or unable to heal, and she isn't able to keep her target locked down at all times either.

Unfortunately, Azalea has an overall low stat spread, even at max level and max Awakening. HP is her best stat; her other stats range from mediocre to outright abysmal.

In the long run, Azalea is inevitably going to be outclassed by 4★ and 5★ heroes. Combining Provoke and Unhealable is good utility, but there are many, many heroes who are better at locking down targets or preventing enemies from recovering HP. Azalea can serve you very well until you pull better options, but with her terrible stats and long cooldowns, she will eventually fall behind.